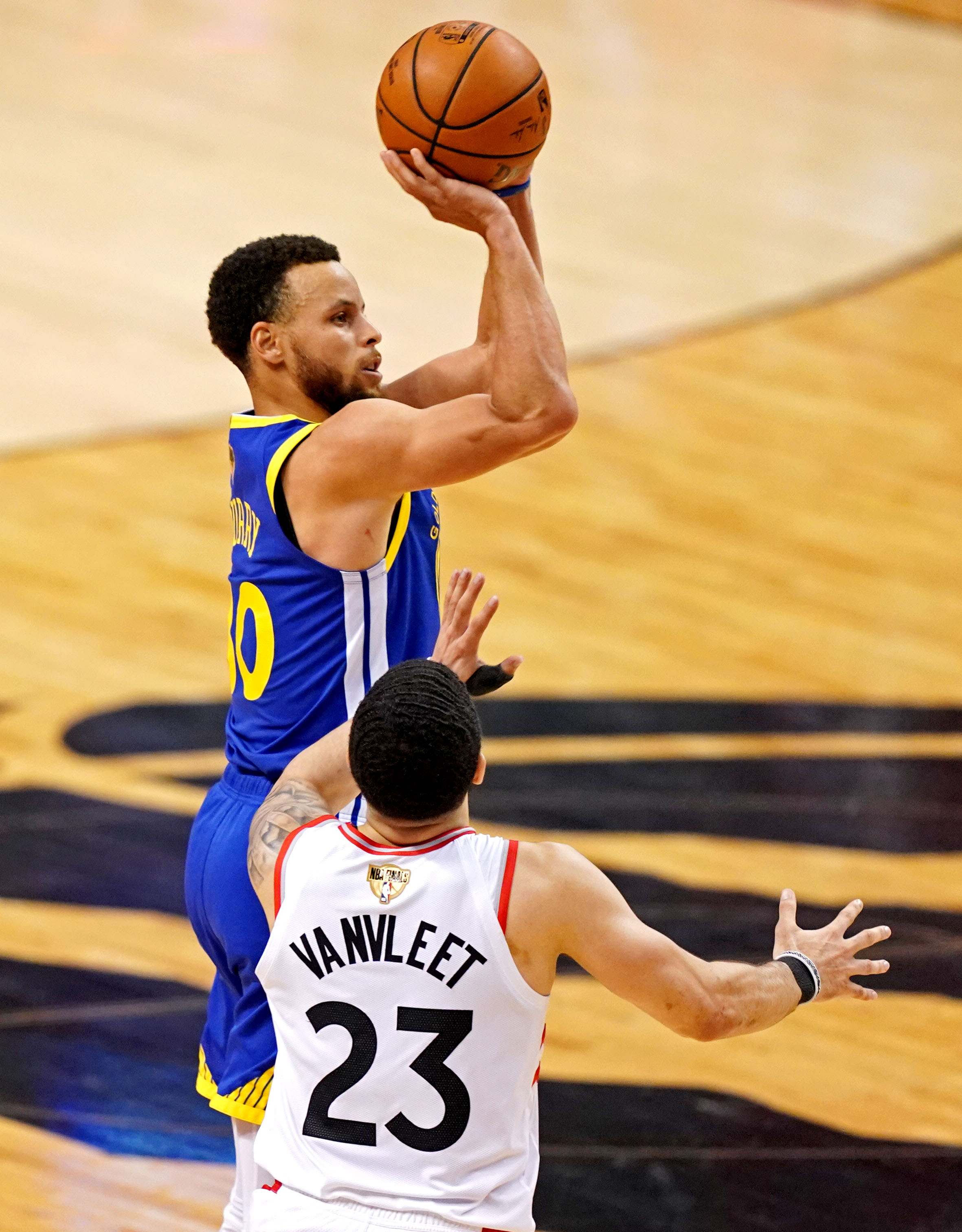 The Golden State Warriors have forced a sixth game in the 2019 NBA Finals, but their win on Monday night over the Toronto Raptors at the Scotiabank Arena in Toronto, Ontario came at a cost. Late in the first half, Kevin Durant fell awkwardly, injured his anterior cruciate ligament and was forced to leave the court on crutches.

The Warriors were able to hang on for a 106-105 victory in game five of the NBA Finals, but it is clear the injury to Durant will give the Raptors, not the Warriors, momentum as the series shifts to Oakland for game six on Thursday. The Raptors still lead the best out of seven series three games to two with the road team winning four of the five games in the series to date.

Green had a double double as he also had 10 rebounds. He also led the Warriors with eight assists. However it was Green’s ability to deflect the ball away from the basket after Raptors point guard Kyle Lowry attempted the game winning shot is what will be remembered second most from Golden State’s narrow one point win.

There is no doubt that game five was a very tight contest and there was not much of a gap between the two teams offensively or defensively. As soon as one team generated momentum, it would not take too long for the other team to get it back. What game five showed was that the Warriors are definitely a tough team to beat, and there is a reason why this group has reached the NBA Finals in each of the last five years. Their nucleus of talent is dangerous from beyond the arc. Game five was a prime example because as a unit the team completed 20 of 42 shots from three point range. Game six is Thursday back in northern California.