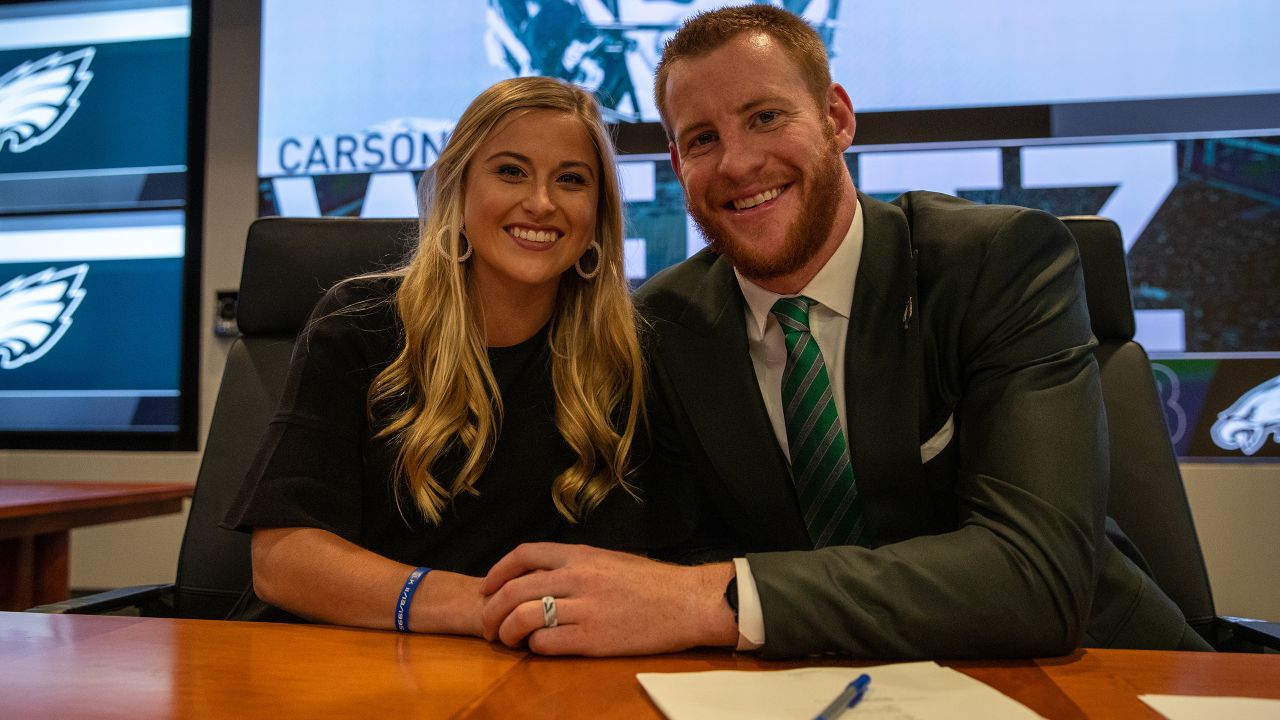 Let’s parse some Spadaro observations whilst cutting through the hype:

What the heck, is that supposed to be good news? You don’t want to publicize your veterans’ calling out a virtual rookie, do you? Maybe I’m old school, but I think that kind of stuff should be kept in-house.

But a real revelation occurs when Spadaro reports that “Big V” is being converted to guard on the offensive line. That is legit. It is a legitimate news fact.

There he was, right guard Halapoulivaati Vaitai, taking reps with the first group while Brandon Brooks continues to rehab from a torn Achilles tendon.

Maybe it’s just me, but I never projected Big V as a guard. I mean, not this early in his career. Plus he doesn’t seem to fit the physique profile of a successful right guard. I think of Iowa farm-bred stocky and agile, like Marshal Yanda, not so much of long and lean Samoan genotypes such as Big V. But maybe Big V can crush the stereotypes?

RT Lane Johnson said. “Big V is making a lot of progress at guard. He’s a great athlete. He knows where he needs to be. It’s a work in progress, but that’s why we’re out here practicing.”

Then this weird note: I don’t know why Spadaro made such a big deal about the coaches’ working out DeSean Jackson on punt returns. It’s kinda what helped make DJAX famous, if ya know what I mean?

“Special teams coordinator Dave Fipp and head coach Doug Pederson talked about utilizing DeSean Jackson as a punt returner on Tuesday…”DeSean is an exceptional player and he’s special and very electric with the ball in his hands,” Pederson said. “There are times when we’ll use him when maybe you need to get that one punt return that can flip a field and maybe put you in field goal position or score a touchdown at the end of the game to win. We’ll pick our spots with him, but even talking with DeSean, he’s excited for that opportunity as well.”

On Tuesday, Jackson was involved in fielding punts along with Boston Scott and DeAndre Thompkins. DUH?!

Then why does Dave continue to torture poor Greg Ward?

“Greg Ward started his career as a rookie free agent with the Eagles in 2017 and he spent the majority of the season on the practice squad. He was re-signed in April after gaining valuable experience in the AAF. The 5-11, 190-pound Ward was utilized often in the slot on Tuesday with the first-team offense. A former quarterback at the University of Houston, the Eagles tried to get him the ball on the run to take a shot down the field during a team drill, but the defense kept him from getting the pass away.”

Awwww! Poor Greg! Why don’t they (and Spadaro) stop putting the microscope on this guy? And as a multi-purpose halfback/QB no less? This is irresponsible journalism. Greg is trying to make the team as a WR/PR, not as a Russell Wilson or Frank Gifford clone.

Maybe Coach Pederson was just messing with the media, including Spadaro. He seemed to be throwing a lot of curveballs at expectations.

For instance, Pederson dusted off the flea flicker as Wentz handed the ball off to running back Jordan Howard, who pitched the ball back to Wentz who connected with second-round pick J.J. Arcega- Whiteside on a deep crossing route.

Now why the heck would you put that play on tape in minicamp practice if you even had a thought about using it in a game that counted?

That’s what bugs me about these practice reviews by guys like Spadaro (whom I like). He loved that play! But by George and all the experience accumulated over twenty years of covering this team, EYE can assure you that play will never be duplicated in the 2019 regular season.

So we get the usual flood of “big play” reports from Spadaro and McLane and Kempski and Zangaro and McManus and the rest of ’em:

It’s hard for the media in attendance to admit it, but none of this stuff means anything to the actual game day reality which will define this team.

Hey, it’s a 3-day mandatory minicamp. No big deal.  At least Malcolm Jenkins showed up, that’s probably all the good news which any reasonable Eagles fan could hope for.

There were some notable observations by other writers:

Jason Peters is back with his team and took his rightful place at left tackle. Peters’ return relegated Andre Dillard to second-team status, but when both guys weren’t getting reps in, Peters was embracing his role as big brother and mentor to the Eagles first round pick (and his projected eventual replacement).

A bunch of Eagles players are still recovering from injuries suffered during the 2018 season. The list of the wounded rehabs includes linebacker Nigel Bradham, defensive tackle Fletcher Cox, Brandon Brooks, safety Rodney McLeod, running back Josh Adams, running back Corey Clement, cornerback Ronald Darby and wide receiver Mack Hollins, who all worked individually on a side field during practice. Adams and Hollins were able to go through individual drills with their position groups.

Wentz was given a very light workload. Wentz got in 24 reps with the first team, but Nate Sudfeld and Clayton Thorson got the bulk of the work for the day.

Miles Sanders didn’t practice  and hasn’t gotten any work in since the rookie minicamp held after the draft. Eagles head coach Doug Pederson confirmed that he’ll be held out for the entirety of this minicamp and likely won’t see any work until training camp at the earliest.

That kinda tells us nothing much matters about this mandatory minicamp except (A) who didn’t show up, and (B) who showed up out of shape. At least everyone showed up, and no one was so grossly out of shape that they were barred from practice until they passed a conditioning test. That to this EYE is a plus. It’s what Spadaro and the rest of the press-pass guys should have pointed out in addition to all the chatter.