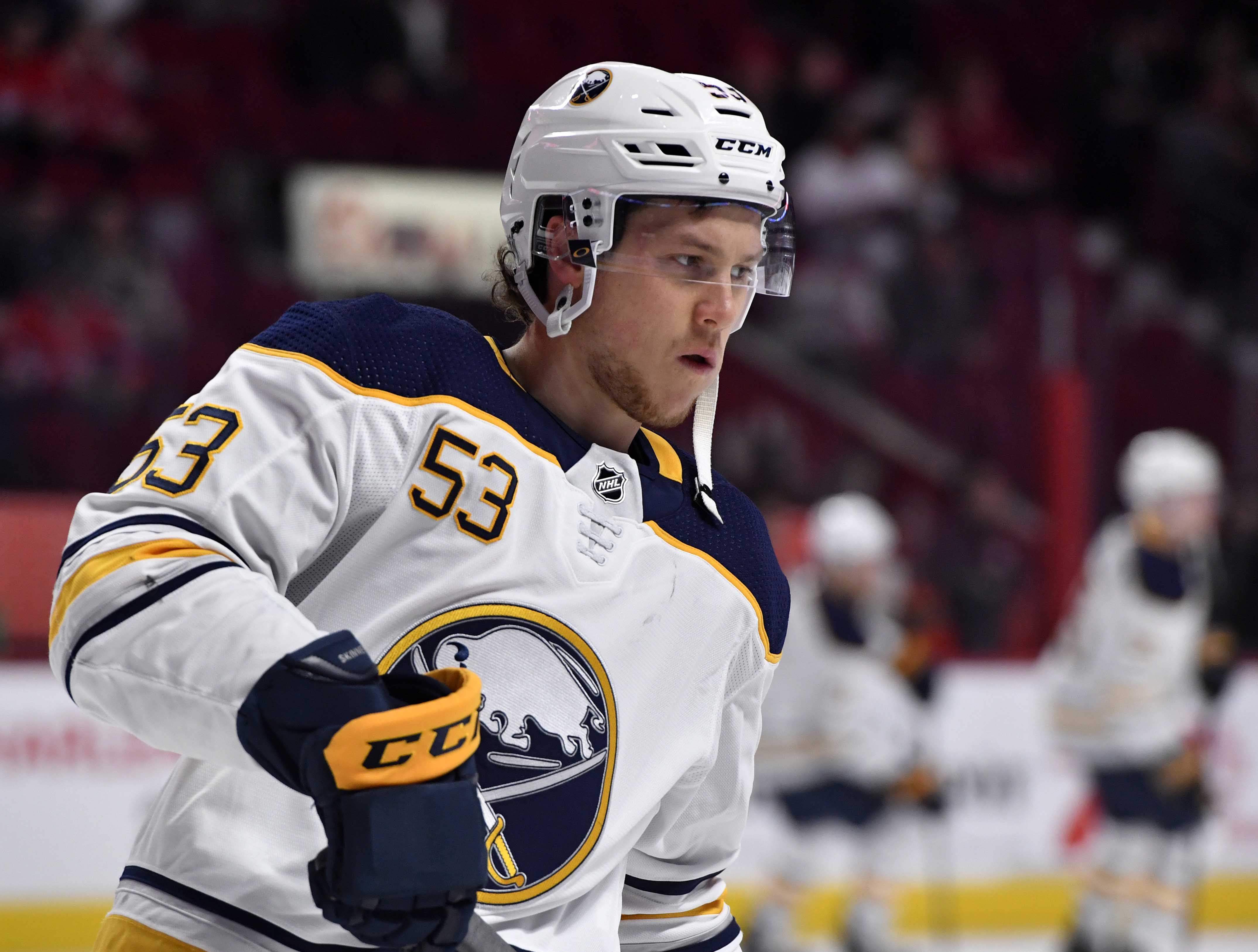 The Buffalo Sabres are now committed to center Jeff Skinner for the long term. On Tuesday, the Sabres made it official at a news conference that they would sign the former Canadian national junior figure skater to a whopping eight year contract worth $72 million.

Under the contract, Skinner will be making exactly $9 million each season from 2019-2020 to 2026-27. The Sabres also have a lot invested in captain Jack Eichel, as he is under contract for the next seven seasons, where he is making $10 million per year.

For a Sabres squad that has not made the Stanley Cup Playoffs since 2011, committing $19 million per season to two players long term could simply be a little risky. Statistically, Skinner and Eichel have been solid offensively over the last few years but not defensively.

It should also be noted that Skinner has yet to play in a NHL playoff game since joining the league in 2010-11, while Eichel also has zero NHL playoff games on his resume. In fact, the Hurricanes, without Skinner, had their best season in 2018-19 since winning the Stanley Cup in 2006.

Now the Sabres have a decision what to do with center Sam Reinhart, who is a restricted free agent after he is set to make $3.65 million in 2019-2020. This past season, Reinhart had two more points than Skinner (65 points compared to 63 points), but in 2019-2020, will be earning less than half of what Skinner is set to earn.

The Edmonton Oilers have decided to commit long term to superstars Connor McDavid and Leon Draisaitl. It has not worked to date as even though one could argue that McDavid and Draisaitl are worth the combined $21 million per season, Oilers management have failed to put the necessary talent around their stars so the Oilers can be competitive consistently on the ice. Eichel and Skinner are not as prolific offensively as McDavid and Draisaitl are, but Sabres general manager Jason Botterill seems to be headed into a similar direction.