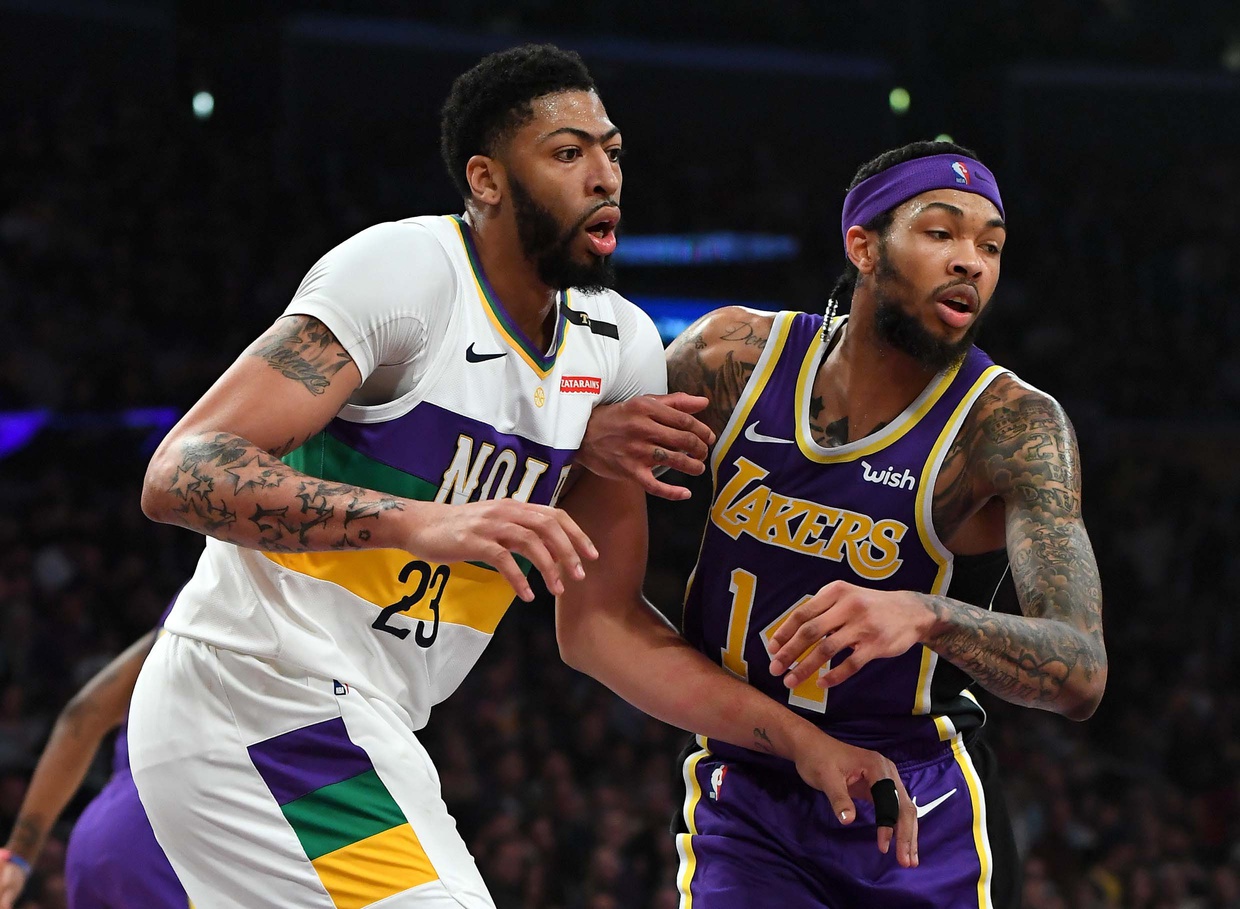 New Orleans and Los Angeles have canvassed the league to find a third team that would use the Lakers’ No. 4 overall pick in exchange for sending a high-level player to the Pelicans as part of a deal, league sources said.

The Lakers’ package has been centered on guard Lonzo Ball and forward Brandon Ingram, sources said. So far, it is believed that the Lakers are trying to hold on to forward Kyle Kuzma.

Boston is still determined to trade for Davis, a six-time All-Star and three-time All-NBA selection, and hope that he can be a lure to keep All-Star guard Kyrie Irving from leaving in free agency.

So much for Rich Paul threatening the Celtics. Turns out you can’t bluff Danny Ainge.

I’m just hoping he doesn’t push the Jayson Tatum AND Jaylen Brown chips into the middle of the table.

What’s interesting here is that we are hearing the specifics of the Lakers’ offer, but nothing on the Celtics’ offer.

Does this mean the Pelicans are bluffing and trying to get the Lakers to throw in Kyle Kuzma?

It’s widely believed the Pelicans want Jayson Tatum, so if he was actually on the table, the dealing would be over. Is Ainge dangling a package around Brown?

One thing to remember about Paul insisting that Davis will not re-sign in Boston:

The Anthony Davis sweepstakes has shades of the Kevin Garnett deal 12 years ago with Lakers and Celtics pushing for him. KG's agent Andy Miller even said KG won't play in Boston. At one point it seemed KG would go to Phoenix. Far different circumstances now but it feels familiar. https://t.co/xzFBTY5BI1