Rockin' Around The Maple Tree 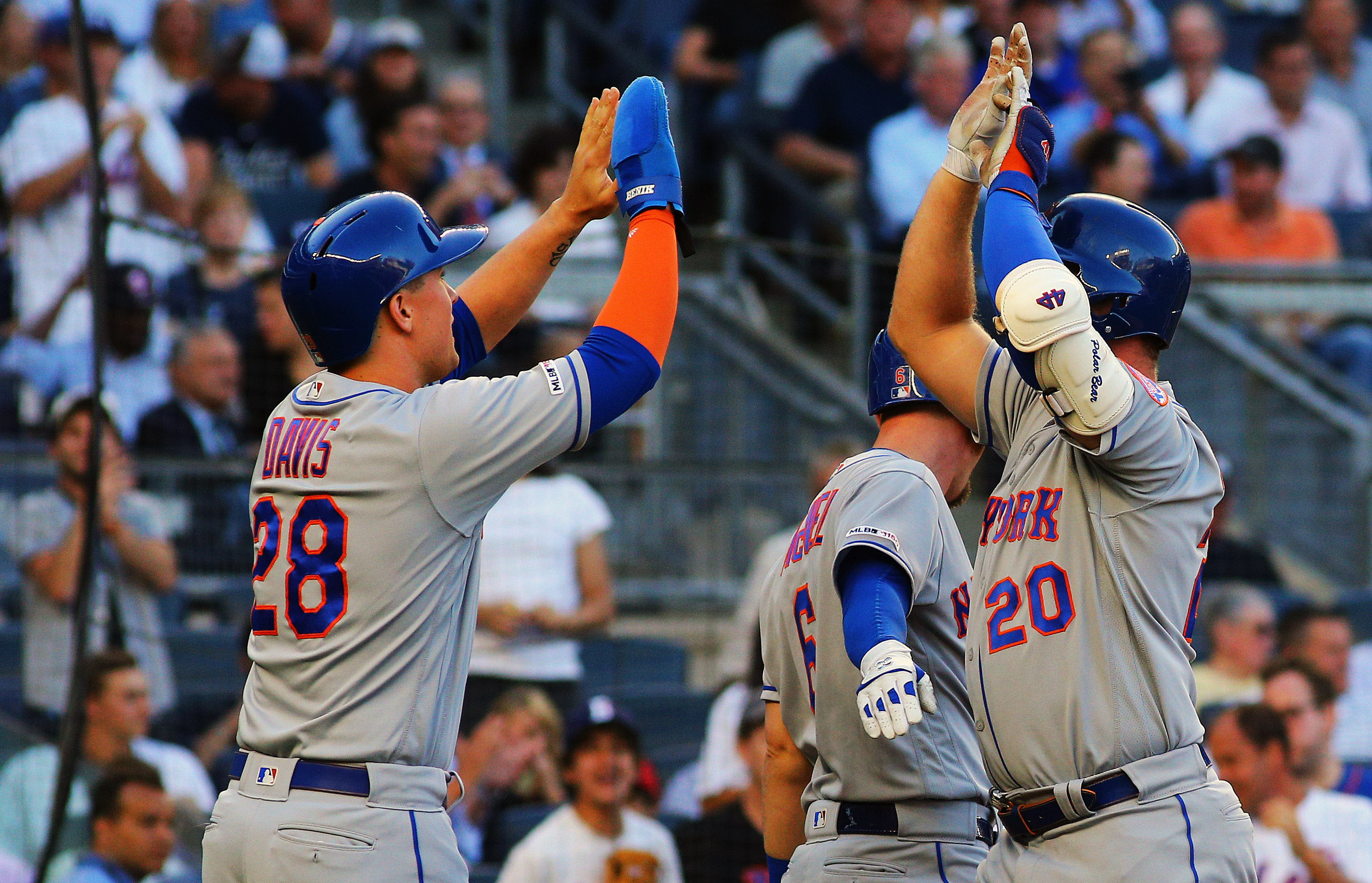 Rockin' Around The Maple Tree

As bad as Game 1 of the doubleheader at Yankee Stadium was today, you would have been right to be concerned about getting swept in embarrassing fashion, even with Jason Vargas having been lights out lately. The Yankees in the Bronx are a couple of steps up from the Giants at Citi Field.

Luckily, the offense gave the new ace some breathing room before he even took the field, as Pete Alonso’s three run HR gave the Mets a 3-0 lead right from jump. Then in the third, singles by Michael Conforto, Wilson Ramos, and Adeiny Hechavarria chased James Paxton out of this game and … please forgive me for this … turned Big Maple into syrup.

Vargas did what he had to do. A quality start against the Yankees is no small feat, but it’s what a fifth starter is supposed to do. He ran into trouble in the third as the Yanks went single, walk, single, single off him. But then instead of the big hit Vargas merely gave up a couple of run scoring fielder’s choices off him. It made the score 6-3, but it was perilously close to 6-5 or worse and if this was 2018 Vargas, or April Vargas, the Mets were doomed. Give him a cap tip to show appreciation for wading through it and saving the bullpen.

J.D. Davis followed Vargas’ tough third with a Yankee Stadium Special: a two run HR to right center to make it 8-3. Carlos Gomez sent one over the fence in the fifth to make it 9-3 and everything was on cruise control after that as the Mets escaped the borough with a 10-4 win and a split of the doubleheader. (For those still mad about the maple syrup joke, be glad I didn’t make a 10-4 pun.) The Mets remain a game over .500 unable to move into the direction of reaching .500 and taking off from there or descending into the depths of hell and turning Citi Field into a desert.