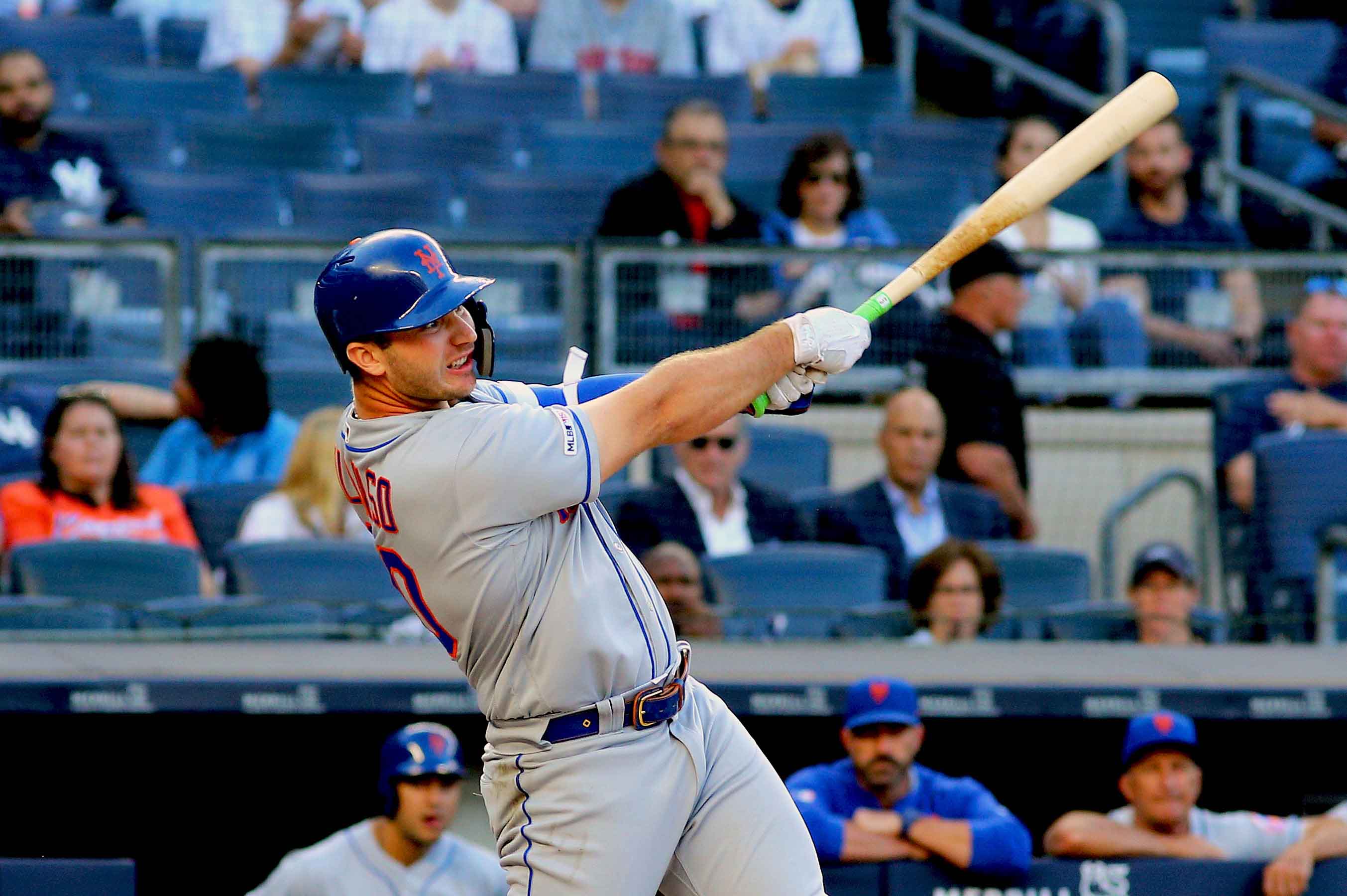 The All Star game is less than a month away, and its as good a time as any to speculate on how many representatives the New York Mets will be sending to Cleveland next month. Ace Jacob deGrom was the Mets’ lone All Star a year ago, and he would have likely started the game if it was anywhere except Washington. The Mets haven’t exactly set the world on fire this year, entering play today a game under .500, and their lack of consistency will likely limit the amount of All Stars they have to one or two. With that in mind, let’s lay out the Mets’ All Star candidates.

Pete Alonso: The closest thing to a mortal lock for the All Star game on the Mets’ roster is first baseman Pete Alonso. Alonso is batting .254 and leads the  Mets in both home runs (22) and RBI’s (49) over the team’s first 67 games. Only Christian Yelich has more home runs in the National League than Alonso, who could also be the first Met to participate in the Home Run Derby since David Wright in 2013.

Jeff McNeil: Another young player with a shot at his first All Star game is utility man Jeff McNeil. McNeil leads the Mets in batting, hitting .338 with three homers and 20 RBI’s. The power numbers could work against McNeil, who is listed as an outfielder on the ballot, where he will have to compete with the likes of Yelich, Cody Bellinger, and Bryce Harper for votes. McNeil does have 15 doubles, but if a few more of those left the yard he’d be in better shape.

Wilson Ramos: Catcher is a very thin position in baseball, and Wilson Ramos has been one of the NL’s best this season. Ramos is batting .277 with seven homers and 35 RBI’s on the year, numbers that would put him in the mix most years. The NL does have its fair share of excellent backstops, however, as Yasmani Grandal, J.T. Realmuto, Willson Contreras, and Jorge Alfaro are all having good years. Grandal will likely be the starter, and if Ramos doesn’t win the players’ vote as a backup he likely won’t make the team since Alfaro has a chance to be the lone Marlin to go to Cleveland.

Jacob deGrom: Could deGrom get back to the All Star game again? A lot depends on how he performs over the next month. Much like last season, deGrom hasn’t gotten much help from his teammates, entering his start tonight with a 3-6 record, but his ERA is now 3.45. That is still 14th in the National League among qualified starters, but deGrom would need to lower it quite a bit to get in the All Star mix. The fact that several teams will probably have starters taken as their lone representatives also hurts deGrom’s chances.

Edwin Diaz: The Mets’ closer has had a very good year, picking up 14 saves and pitching to a 2.81 ERA in 28 appearances. Like deGrom and Ramos before him, Diaz is going to run into a problem of being caught in a numbers game. The two automatics to make the NL squad as closers are the brilliant Josh Hader and San Diego’s Kirby Yates, who leads the league in saves. Kenley Jansen will probably get tabbed by the players, leaving at most one or two more spots for relievers on the NL roster. One spot could get stolen by San Francisco’s Will Smith, who has been one of the few bright spots on a miserable Giants’ team this year.

In the end, it looks like the Mets’ best bet for an All Star is Alonso. deGrom, Diaz, and Ramos could also get in the mix depending on roster construction, but the one sure thing appears to Alonso. Alonso could well be in the Home Run Derby as well, so even if he’s the only Met going to Cleveland the team will have plenty to look forward to during the All Star festivities.