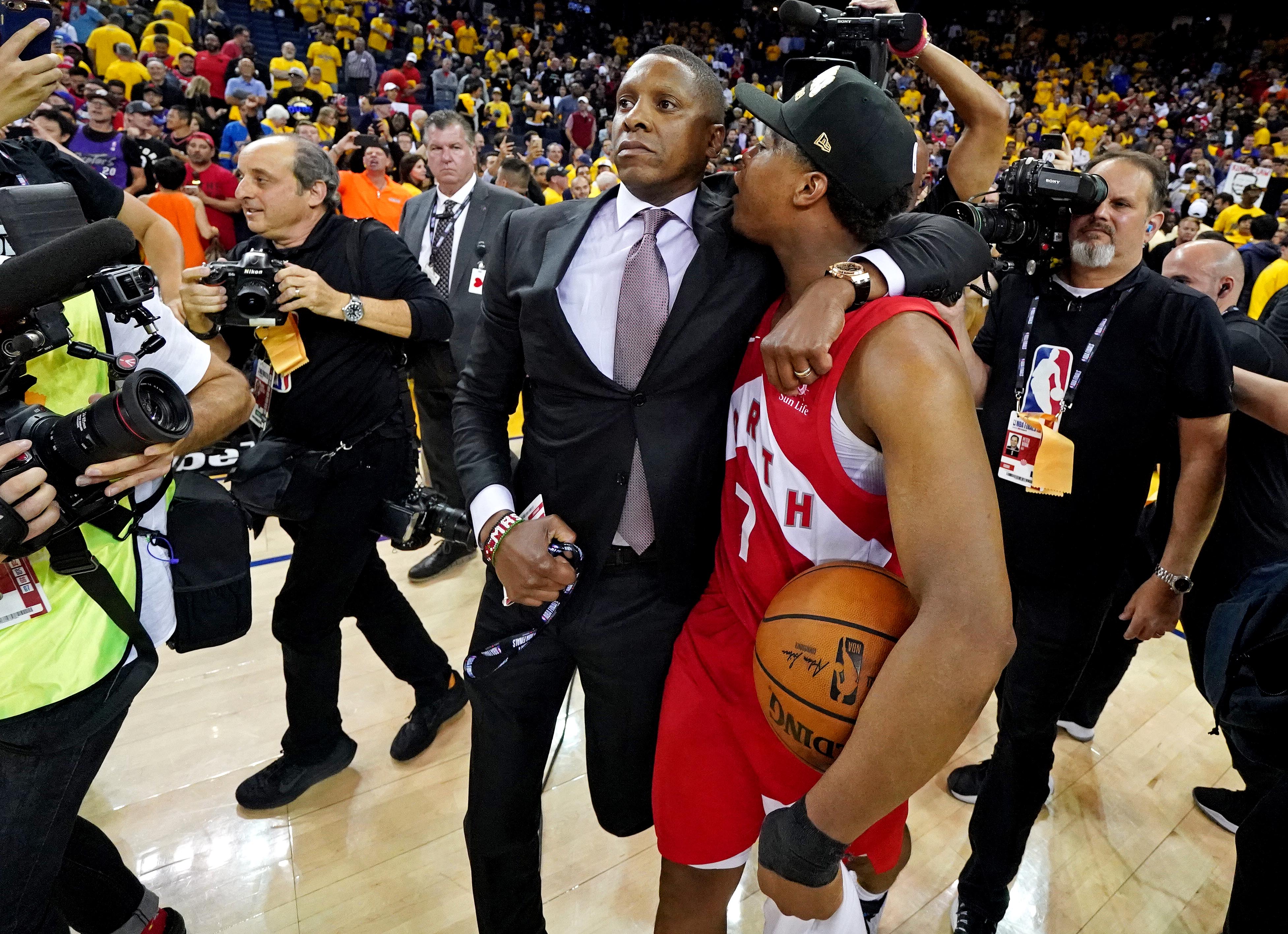 Raptors general manager Masai Ujiri was the architect of the team that dethroned one of the greatest squads — if not the greatest — of all time.

Sure, injuries may have aided in the Raptors winning Game 6 of the NBA Finals at Oracle Arena, and being crowned champions on Thursday night — with Kevin Durant, Klay Thompson and Kevon Looney all banged up or being forced to miss time in the series — but regardless, the Raptors are now world champions.

And the Wizards are apparently ready to break the bank for Ujiri, according to ESPN’s Adrian Wojnarowski, given that they’re looking to re-tool their roster during this transitional phase of their franchise. The report reads:

The Washington Wizards are preparing to offer Toronto Raptors president of basketball operations Masai Ujiri a deal that could approach $10 million annually and deliver him the opportunity for ownership equity, league sources tell ESPN.

Wizards owner Ted Leonsis is expected to reach out to Toronto ownership soon to request formal permission to meet with Ujiri and offer a staggering financial package that would include running the Wizards basketball operations and, perhaps, taking on a larger leadership role in the Monumental Sports and Entertainment company that oversees the Wizards and NHL’s Capitals, league sources said.

It will be tough to lure Ujiri away from Toronto, but a bit of equity may do the trick. Time will tell, so stay tuned.