Your Morning Dump... Where the Celtics could go all-in for AD, lose him, and then stare at a blank canvas 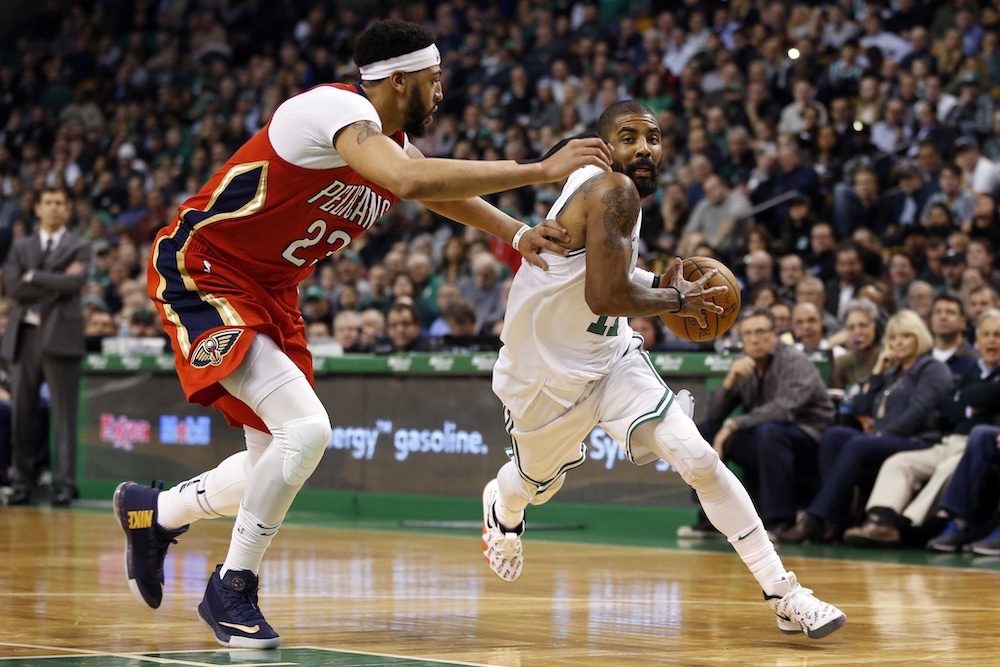 Your Morning Dump... Where the Celtics could go all-in for AD, lose him, and then stare at a blank canvas

Celtics fans worry that the cupboards would be bare if Boston traded prime assets, including Jayson Tatum, for Davis, and then watched both Irving and Davis bail after next season. Remember, though, that the Celtics would still have paths to remain competitive in that scenario.

The Celtics’ books for the 2020-21 season are currently quite clean. Right now, Marcus Smart is the only guaranteed contract at $13.4 million. Hayward owns a $34.2 million player option while the Celtics are currently scheduled to have team options on Guerschon Yabusele ($4.8 million), Robert Williams ($2 million), and Semi Ojeleye ($1.8 million). Jaylen Brown, if not previously extended or traded, would have a $8.6 million qualifying offer while wading into restricted free agency.

Even if Davis and Irving both elected to move on, Boston could consider everything from sign-and-trade avenues to recoup proven talent to simply renouncing the rights to all of their potential free agents and examining the bountiful cap room they might have to work with. It’s not inconceivable that Boston could open enough cap space to pursue a new star duo to complement whatever young talent remains (making it important that Boston maintain at least some of its draft assets in the pursuit of Davis).

Admittedly, this is the first I’ve thought ahead to the Celtics’ 2020-2021 cap sheet and what it could look like if the Celtics trade for Anthony Davis and lose him (and Kyrie Irving if he sticks around on a one-and-one), and the way Chris Forsberg breaks it down, going for broke and losing it all doesn’t mean you become the Knicks or Suns of the 2020s. It also certainly ensures you don’t become the Charlotte Hornets of the 2020s, which is on the table if you keep and lock in your young core and they never really, truly reach their potential.

Danny and Brad have a good gauge on just how great their young players can be, and if they think their ceiling only reaches the heights of a 4 or 5 seed, then it’s time to cash in for Banner 18. If it works, or even if it doesn’t, but they lose it all, and they have confidence that they could then turn around and paint with a blank canvas, maybe that’s not such a bad idea.

And if it does end up being a bad idea, at least smile at the absurdity of a 2020 opening night lineup with Smart/Hayward/Semi/Yabu/Timelord.

On page 2, Kyrie moving to Roc Nation Sports… how many more signs do you need?

Irving parted ways with longtime agent Jeff Wechsler on Wednesday, clearing the way for him to ultimately work with Jay-Z’s Roc Nation prior to the start of free agency on June 30, sources said.

Since the season ended with an apathetic Kyrie Irving offering up platitudes in post-game interviews not a single shred of news or gossip has come out linking him to the Celtics. Every shred of news or gossip has linked him elsewhere, most to Brooklyn. You don’t change agents going into free agency because you want to stay where you are. You don’t leave Jayson Tatum’s agent for Caris LeVert’s agent and an agency linked to Brooklyn icon Jay-Z. So let’s not read into this for a pro-Celtics angle. Dude is gone. I can’t wait until it’s made official and we can just move on.

And finally, at least this guy is back!

Boston Celtics big man Aron Baynes has exercised his player option for the 2019-20 season, according to The Athletic’s Shams Charania.

Baynes will earn $5.9 million next season. He was a vital piece of the puzzle for the Celtics during the 2018-19 season with his strength, size and defensive versatility. Able to guard players as diverse as Joel Embiid and Giannis Antetokounmpo in spurts, Baynes also started spacing out to the 3-point line over the last two seasons.

There were chemistry problems in Boston last year, but they were not at all due to Aron Baynes. Even as the final minutes of game five ticked by interminably and depressingly, Aron Baynes remained on his feet, cheering on the Celtics’ reserves.

From an Xs and Os standpoint, the Cs defense is better with Baynes on the court. No matter what the team ends up looking like next season, I’m glad Baynes will be there.