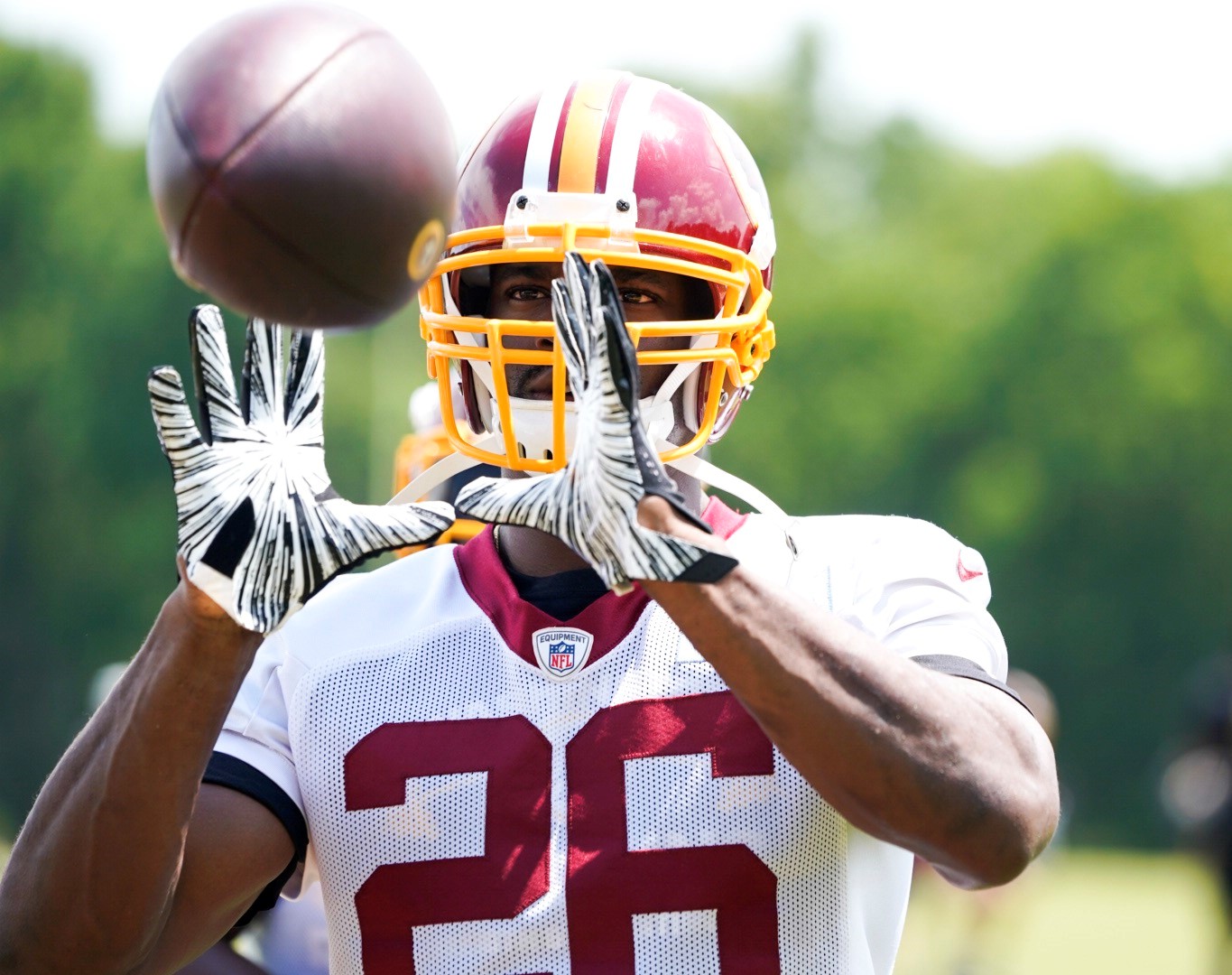 WASHINGTON, DC – Adrian Peterson had a productive year running the ball for the Washington Redskins in the 2018-2019 NFL Season. AP led the team with 1,042 yards and seven touchdowns on 251 carries capitalizing on every opportunity he got.

It was enough to warrant a two-year deal worth $8 million, NFL Network’s Ian Rapoport and Mike Garafolo reported.

Peterson ranks eighth all-time in NFL history with 13,318 career rushing yards and is in great position to break new records in his 13th NFL season.

Here are some of the top photos of Peterson during Redskins’ 2019 mandatory minicamps: