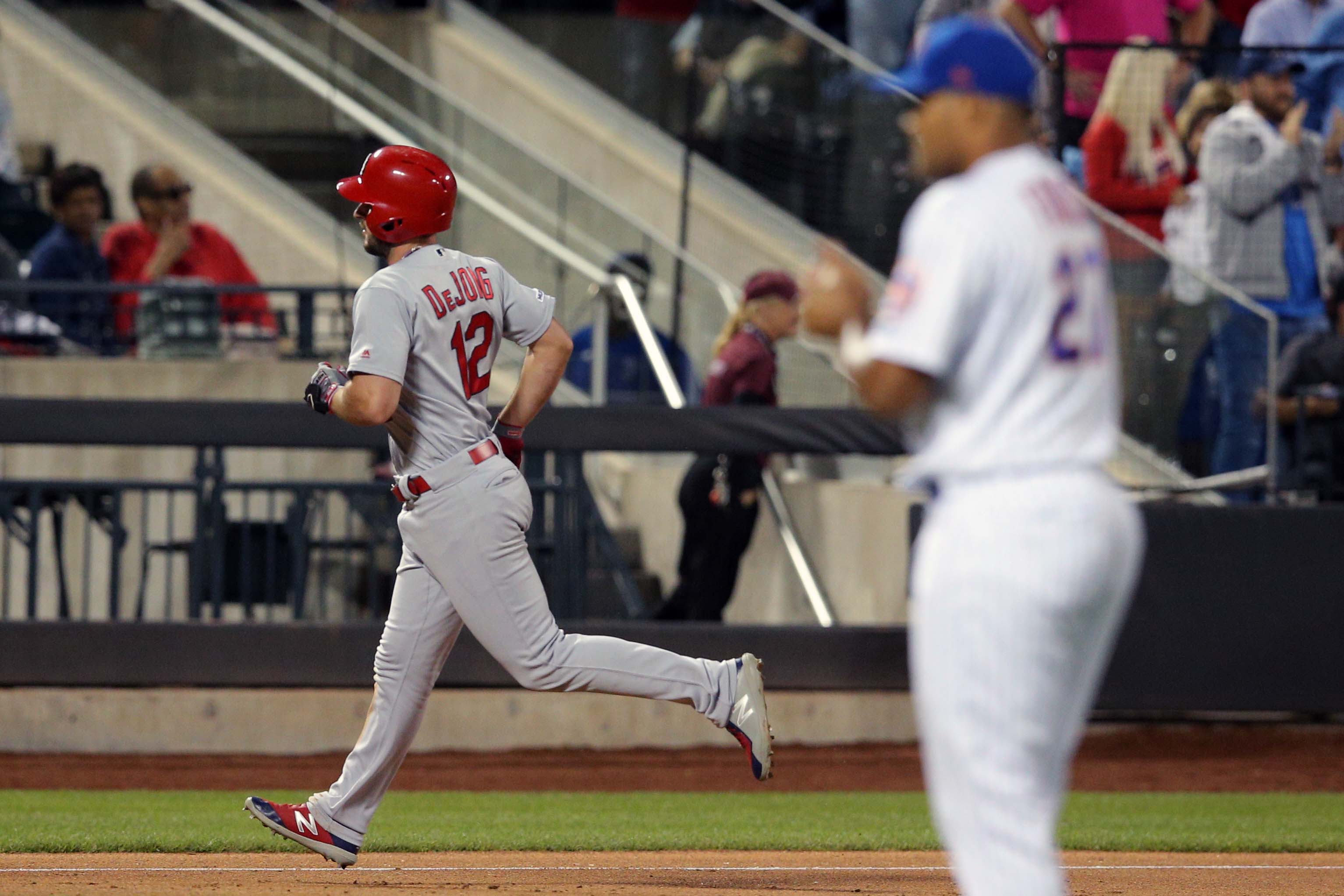 Here’s what’s frustrating about this team:

They make comebacks. They don’t lay down and die. They erase deficits and they work hard. Really hard. In fact, when they make one of these comebacks, it seems as if they climb Mount Everest to do it. There’s nothing wrong with that. There’s nothing wrong with grinding. They grinded in the 7th for three runs to take Steven Matz off the hook. Carlos Gomez reached as he was hit by a pitch. Jeff McNeil singled. Michael Conforto went the other way for a single. Kolten Wong threw away a force out for a Mets run to make it 4-3. Then after a strikeout and a force out, Wilson Ramos drove in two runs with a single through the right side to make it 5-4. Place is going nuts, Mets have the lead, and you figure that this will be the continuation of the dance that keeps them right around the .500 mark because Jeurys Familia blowing the lead would just make this team a caricature of itself. And they’re not that bad, right?

Familia blew it in two pitches. It took about 30 minutes to scratch and fight and claw back and it was rendered useless in two pitches. Familia coughed up a bomb to Paul DeJong to make it 5-5 and at that point you could feel the tide turn against you for good. Familia got two quick outs, but then a double to Yadier Molina, a walk to Harrison Bader, and then a three run monstrosity to the Cardinals bullpen hit by Dexter Fowler to make it 8-5 Cardinals. Done. Toast. Second loss in four hours.

“I mean, even if you turn Dexter around, it’s better than anything coming from Familia’s right arm!” –Friend who probably thinks Familia should throw left-handed

All that work to come back was obliterated in a matter of moments. I’m sure the players are doing their best to forget about this and move on to the next day. But as a fan, it rips your heart out. Other than Familia getting Sisk’d off this team as he’s traded for a worse contract eventually, I don’t even know how this can be fixed besides acquiring a whole new bullpen to back up Diaz, Lugo, and Gsellman. But more proactive teams will scoop up the likes of Sean Doolittle and Will Smith and we’re going to be stuck watching a parade of minor leaguers to try to patch up the leaks.

Oh, the Mets did do one thing after the game:

Mets are designating veteran Hector Santiago for assignment, per a source.