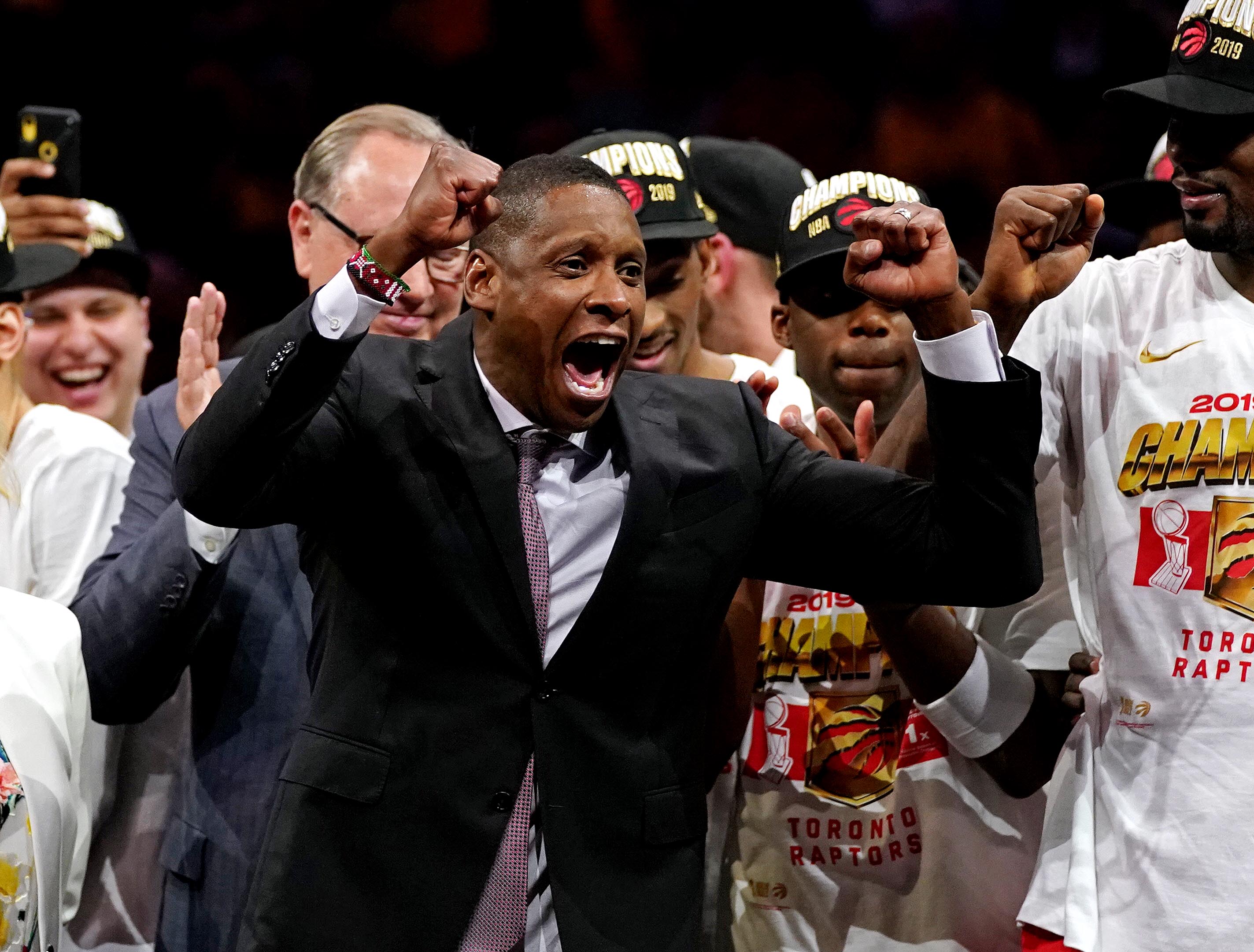 The Washington Wizards have gone over 10 weeks without a long-term front office head since firing former team president Ernie Grunfeld on April 2. Senior Vice President of Basketball Operations Tommy Sheppard has done a good job on an interim basis, but it appears Ted Leonsis would like to retain him in his No. 2 role in an ideal world.

The Wizards swung big and missed out on Denver Nuggets executive Tim Connelly returning home. For now, they have opted not to pull the trigger on the likes of Oklahoma City’s Troy Weaver or former Cleveland Cavaliers and Atlanta Hawks head man Danny Ferry.

NBC Sports Washington’s Ben Standig first reported Toronto Raptors president Masai Ujiri being intrigued by the Wizards vacancy over a month ago and then recently detailed what a potential offer could look like, namely equity in Monumental Sports and Entertainment that owns the Wizards, Capitals, Mystics, and many other smaller organizations. ESPN’s Adrian Wojnarowski wrote similarly minutes after Toronto won the 2019 NBA championship. Less than 24 hours later, however, the Washington Post’s Candace Buckner reported that the Wizards were not expected to reach out to the Raptors to request to speak to Ujiri imminently.

The #Wizards have no imminent plans to reach out to the NBA Champion Toronto Raptors to speak with Masai Ujiri, which means there is no massive offer being prepared… I've been told by a person close to the organization.

Before Buckner’s report, there were still many obstacles that would probably keep Ujiri away from the Wizards and their six-year, $60 million monetary offer. Terms according to The Athletic’s David Aldridge and Fred Katz.

Those are just some of the detractions that come with being in charge of the Wizards front office right now. It is clear that Sheppard is in charge of the June 20 NBA draft and being advised by the rest of Grunfeld’s former staff. With free agency also right around the corner, he could be in charge of the beginning parts of that frenzy, although Washington will probably not be that active on any of the Tier A or B options. Maybe Leonsis tries to reach out to Ujiri after the Raptors hold their parade and Kawhi Leonard potentially leaves in a few weeks. The only thing that is known for sure is that the Washington Wizards will not have a long-term front office head for at least the next few days or even weeks, at the earliest.

The Floor Seat 44m ago