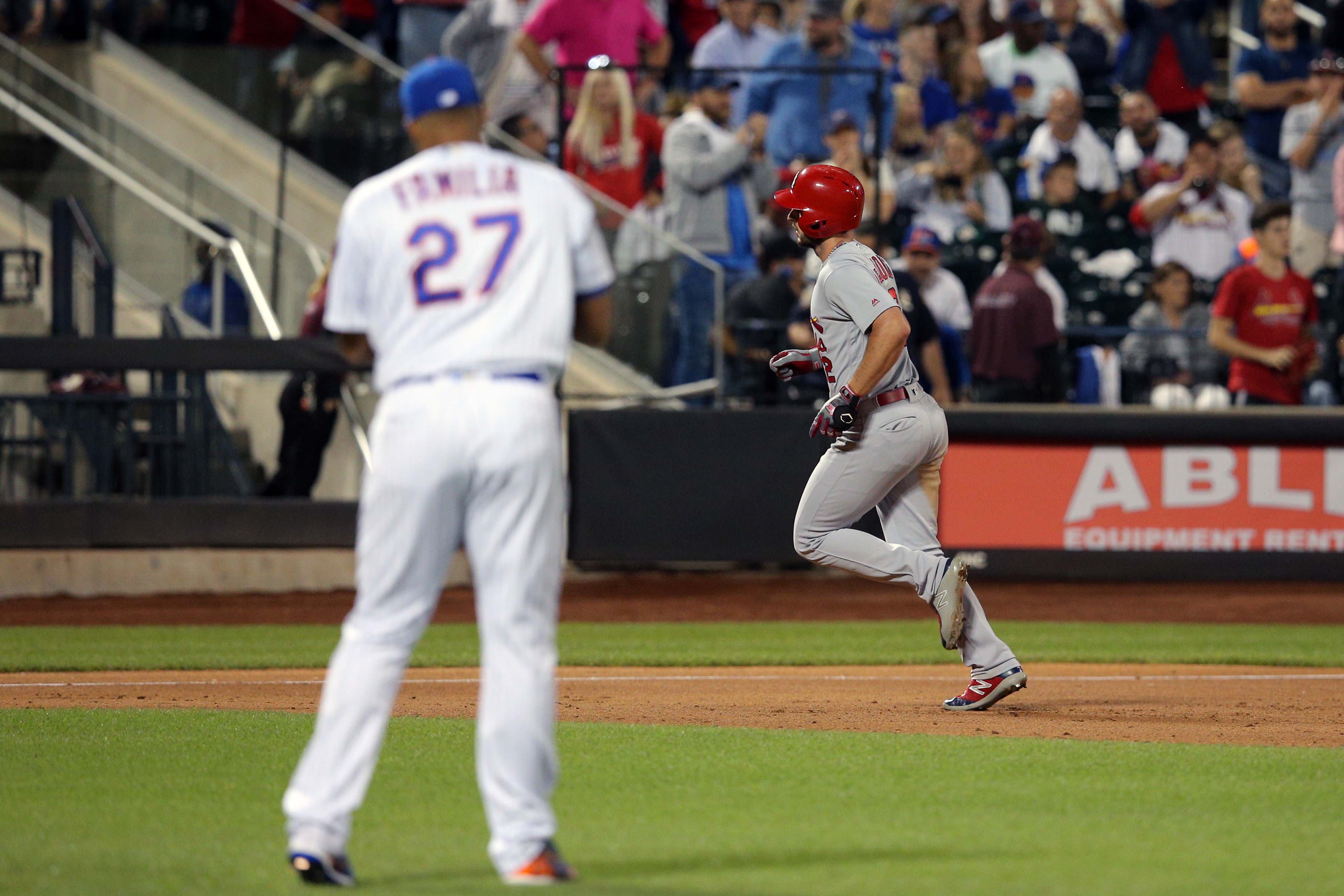 Things are starting to go off the rails again for the New York Mets (33-36), who found a way to lose twice in one day without playing a doubleheader yesterday. After dropping the end of a suspended game against the St. Louis Cardinals (35-33), the Mets watched Jeurys Familia implode for four runs in the eighth inning of a 9-5 loss. The Mets have now dropped the first two games of this series and will look to get on the board tonight. First pitch for the contest is scheduled for 7:10 p.m. at Citi Field.

The Mets will send right hander Noah Syndergaard (4-4, 4.45 ERA) to the mound today. Syndergaard was brilliant on Sunday, allowing one hit in seven shutout innings to beat the Colorado Rockies at Citi Field. The Cardinals will counter with righty Michael Wacha (4-2, 5.63 ERA). Wacha was also a winner in his last start, tossing six shutout innings to defeat the Miami Marlins on Monday.