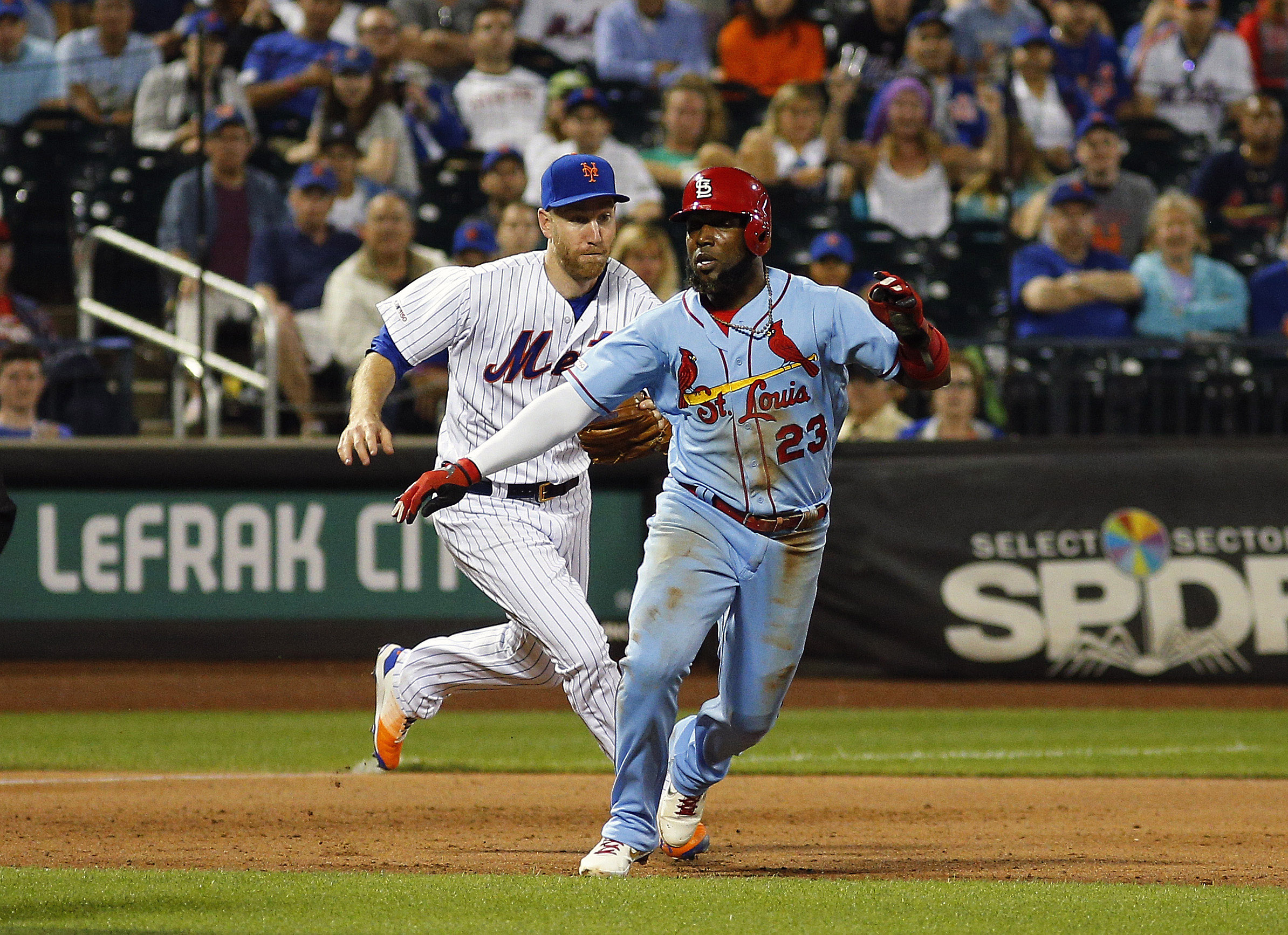 The Mets pulled a wild game out of their hats on Saturday night to give themselves a chance at a split in their series against the St. Louis Cardinals. They make a run at that split at 1:10 today at Citi Field. And dads attending the Sunday matinee get a hat. How the Mets’ ushers discern who is an actual dad and who is an unmarried loner is above my pay grade.

Robinson Cano bats fifth in his return to the active roster as Noah Syndergaard takes his place on the IL. J.D. Davis, who had four hits last night, plays third and bats second as Todd Frazier gets the day off, and Pete Alonso hits in the cleanup spot. Dom Smith plays left field and leads off. Adeiny Hechavarria gives Amed Rosario the day off at shortstop.

And for the visitors:

Let's win the series for dad!