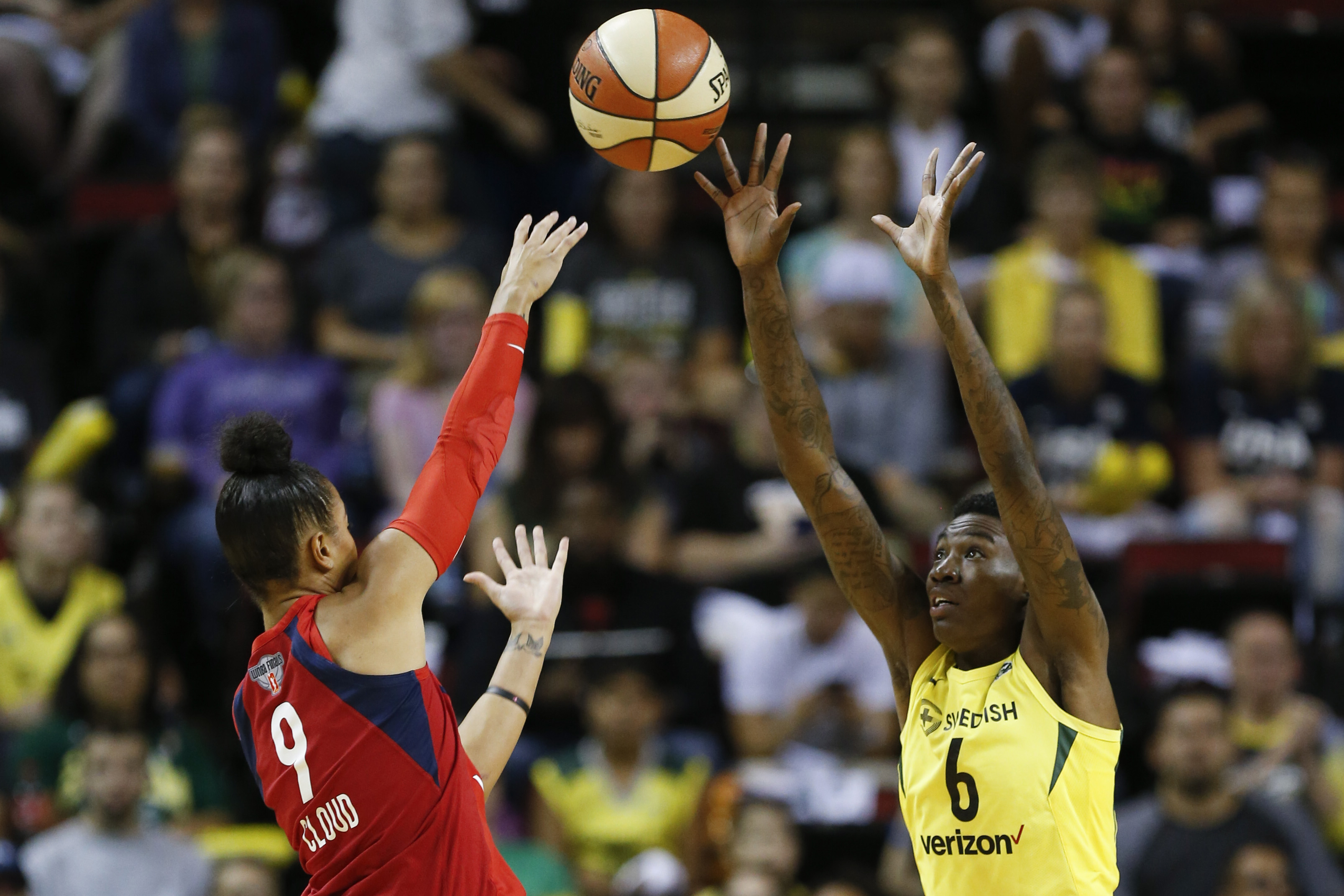 The Washington Mystics blew a 13-point fourth quarter lead against the Seattle Storm in a WNBA Finals rematch, but that was not the biggest storyline from a Friday night in the District. During the day Thursday, Mystics guard Natasha Cloud visited Hendley Elementary School in Southeast D.C. where she was horrified that a bullet had gone through the school’s window the day before on Wednesday. To make matters worse, it was not the first or second, but third time such has happened in the past month. Cloud took to Instagram immediately afterward to express the need for change to Mayor Muriel Bowser and Ward 8 councilman Trayon White.

“Tray, you are the representative for Ward 8 so I’m calling you out. I just left Hendley Elementary School and did you know they had to cancel their field day today because yesterday at 4 p.m., a bullet went through their front window. And it’s not the first bullet this month. In fact, it’s the third bullet this month to go through the front window of that elementary school. When you’re talking about changing a culture, when you’re talking about ending a cycle, when you’re talking about empowering our youth and giving them opportunities, it starts with their education. And our kids can’t even feel safe to go to school right now. What are we doing? We got to do better for our youth. We got to do better for our community. The fact that three bullets have gone through, the fact that one bullet has gone through that school’s window, but three in the month of June and nothing is being done. I’m calling everyone’s asses out. D.C. do better.”

“And let me tell y’all something else. Tray, Mayor Bowser, if I don’t get a response by tomorrow morning, with a solution and/or a sitdown for a solution, cause y’all have had a month now to figure this out, we have a rematch of the 2018 WNBA Finals tomorrow and I will be sure to use all of my media privleges as a blackout and I will only discuss this topic until it is fixed. So, someone better get back to me.”

@ariivory @avarwallace @jasmined_brown @jemelehill do your thing. 3 bullets in the span of a month penetrating Hendley elementary school in ward 8. @MayorBowser @trayonwhite what are we doing to keep our children safe!? pic.twitter.com/7M5HZnmwRp

The organization supported Cloud’s decision to conduct a media blackout and the guard made a single statement on the behalf of her and her teammates after Friday’s loss about the need for better gun safety in the community. Head coach and general manager Mike Thibault conducted his usual availability duties about the game.

Together, we aspire to work with civil leaders and elected officials to find ways to better the communities where we play.

Here is what Cloud said after the game:

Natasha Cloud (@T_Cloud4) speaks out about a need for better gun safety: "Obviously didn't go as planned, but we're talking about a game. A loss in a game. There's a lot more losses going on within our community." pic.twitter.com/cqoP2BeFDA