Where Does Encarnacion Place The Yankees Among All-Time Power Lineups 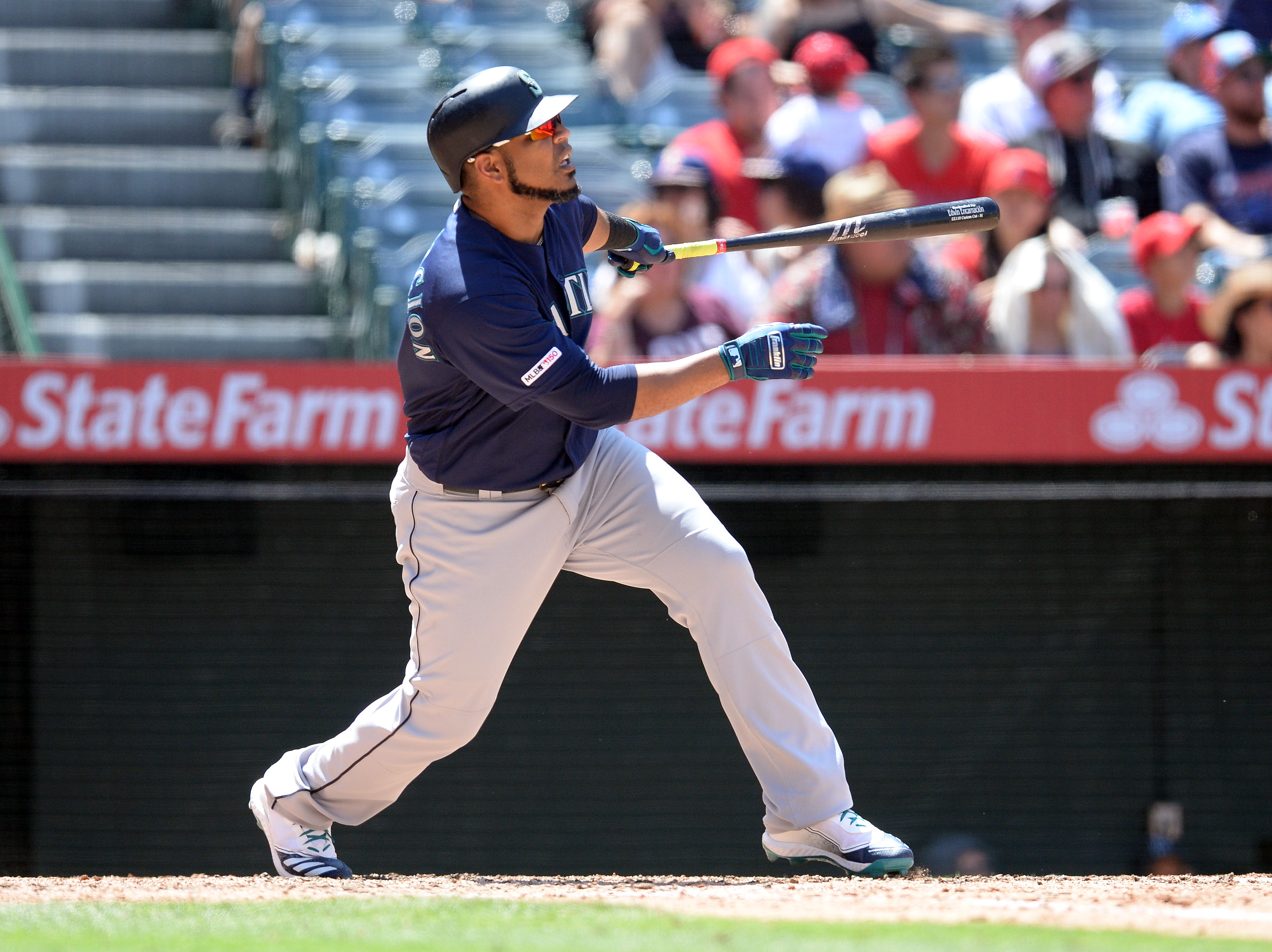 Where Does Encarnacion Place The Yankees Among All-Time Power Lineups

On Saturday, the Mariners made another trade, sending 1B/DH Edwin Encarnacion to the Yankees in exchange for pitching prospect Juan Then. At this point, the Mariners offloading good players with large contracts is getting old. Although it does seem like they are getting towards the end of that, just because there aren’t many good and old players left in Seattle.

The Yankees trading for Encarnacion is pretty interesting though. The 36-year-old can still swing it as his 140 OPS+ shows, and that could ultimately what pushes New York past Tampa Bay into a division win. Or even better for the Yankees, this could be the move that sends them to their first World Series in a decade.

However, Encarnacion’s fit with the Yankees is the more interesting, albeit less significant, part of this deal. Not fit as in where he can find playing time, but rather the fact that Encarnacion is yet another power hitter that the Yankees now have.

Their lineup has not been very healthy for the entire season, but now it appears as if they are getting back to what they thought they would be at the beginning of the season. Their deep lineup has dangerous home run hitters all over. For starters, they just acquired Edwin Encarnacion, who leads the American League in home runs in 2019, and Major League Baseball in home runs this decade. Currently rehabbing are perennial All-Stars and very large humans Giancarlo Stanton and Aaron Judge. Luke Voit still hasn’t reached full stardom but his 31 home runs in 106 games as a Yankee dating back to last season suggest he also qualifies to be a part of that group. Gary Sanchez hasn’t kept up with the hype from his rookie season, but he’s still on his way to an All-Star Game with an ISO of .349.

Those are the big five, both in home run numbers and physical size, but it certainly does not end there. Aaron Hicks and Didi Gregorious are both switch-hitters who missed a portion of the season but are back now. They both had 27 home runs just last season and both have gotten out to solid starts so far this season. DJ Lemahieu is their new 3rd baseman, and although he’s never been much of a power guy, he isn’t a slacker. Gleyber Torres and Clint Frazier are the young guys rounding out the end of that lineup, both with double-digit dingers already.

Take a lineup that puts fear in opposing pitchers and give them warm summer weather, a home-run happy park named Yankee Stadium, and a juiced ball, and you get a historically good lineup power wise. Just how historical? On paper, this is the best ever. As you may remember, the 2018 Yankees broke the record for most team home runs in a season, and although they lost Andujar, they gained Voit for a full season, LeMahieu, Frazier for a full season, and now Encarnacion. Plus the ball is flying more than ever this season.

Now, this Yankees team likely won’t break the record. It’s a little too late to get started to hit 267 home runs considering the injuries they dealt with to start the season. So ignore the milestone. Just looking at the team from now until the end of October, however, this Yankees team might be the best home-run hitting lineup any team has ever seen.

As an average projection from Steamer, the Yankees project to hit 172 home runs over the rest of their 93 games. Fangraphs Depth Charts gives them 173 over the same time frame, so it seems as if they are in agreement. That’s 1.86 home runs a game. In actual results where a team can have some more luck, the record in 1.65, again this is the 2018 Yankees. This lineup does truly seem to be the best power hitting lineup in terms of home runs ever created.

The 2019 Minnesota Twins actually have 1.93 HRs per game through 69 games this season, but they are projected by Depth Charts to “only” hit 1.56 a game the rest of the way, which could still help them surpass last season’s Yankees but wouldn’t match this newly created Yankees lineup.

No matter how many balls fly out of the part this summer for the 27-time World Series champions, it won’t feel quite as special. It’s not surprising that the best home run hitting team right now is the best ever, as home runs are once again expected to be at an all-time high throughout the league this season, with 1.34 a game for the average team. A new ball, much better training, faster pitches, etc. are now changing the environment of the game.

So where does this 2019 Yankees team now stand among teams relative to their time period? It’s not so special, at least as projected. Right now they are expected to have 38.82% more home runs a game than the average team. Last seasons team was 43.42% better in comparison to 2018s average. Maybe this is because Steamer and Depth Charts are slow to adjust their projections on the basis of the home run environment changing. But either way, this Yankees team doesn’t even have a shot at doing what some past teams did.

These are the top 5 teams in hitting home runs relative to the league average:

This doesn’t seem like too big of a surprise. Maybe those 2 Phillies teams with players you’ve never heard of do, but considering we still talk about the home run hitting abilities of those Yankees teams, you would expect them on this list.

Yes, the 1920s Yankees nearly hit 3 times as many home runs as the average team in that season. Even though the 2019 Yankees now have historic power, for them to do that much better than the rest of the majors, they would need to hit 3.92 home runs a game. Given an average of 37.98 plate appearances per game for the average team, that is a home run in every 9.7 plate appearances. For reference, MLB home run leader Christian Yelich hits a home run every 10.7 plate appearances. So it’s essentially impossible to construct a roster capable of catching up to the 1920 Yankees in terms of home run power.

Even though we were trying to compare based on the time period, you may think it’s still unfair to compare all the way back to when home runs were rare events. Individual players today hit more home runs than some of these teams. So what if we only go back to 1962 when the schedule was changed to 162 games:

These are the top 5 teams in hitting home runs relative to the league average:

Some actually different teams, interesting. The 2010 Blue Jays making this list might surprise you just because they didn’t even make the playoffs. Interestingly, that team also had Edwin Encarnacion, but he only hit 21 that season. The 1968 Tigers team takes the crown for the modern team with most home runs compared to the average team in their year, and it helped lead them to a World Series. Willie Horton had a career-high 36, and Bill Freehan and Norm Cash were not far behind.

So this 2019 Yankees may not be quite as far ahead of every team ever in terms of power. Head to head though, they still will hit more home runs than any other team has ever hit before, and it could just make them the 2019 World Series champions. 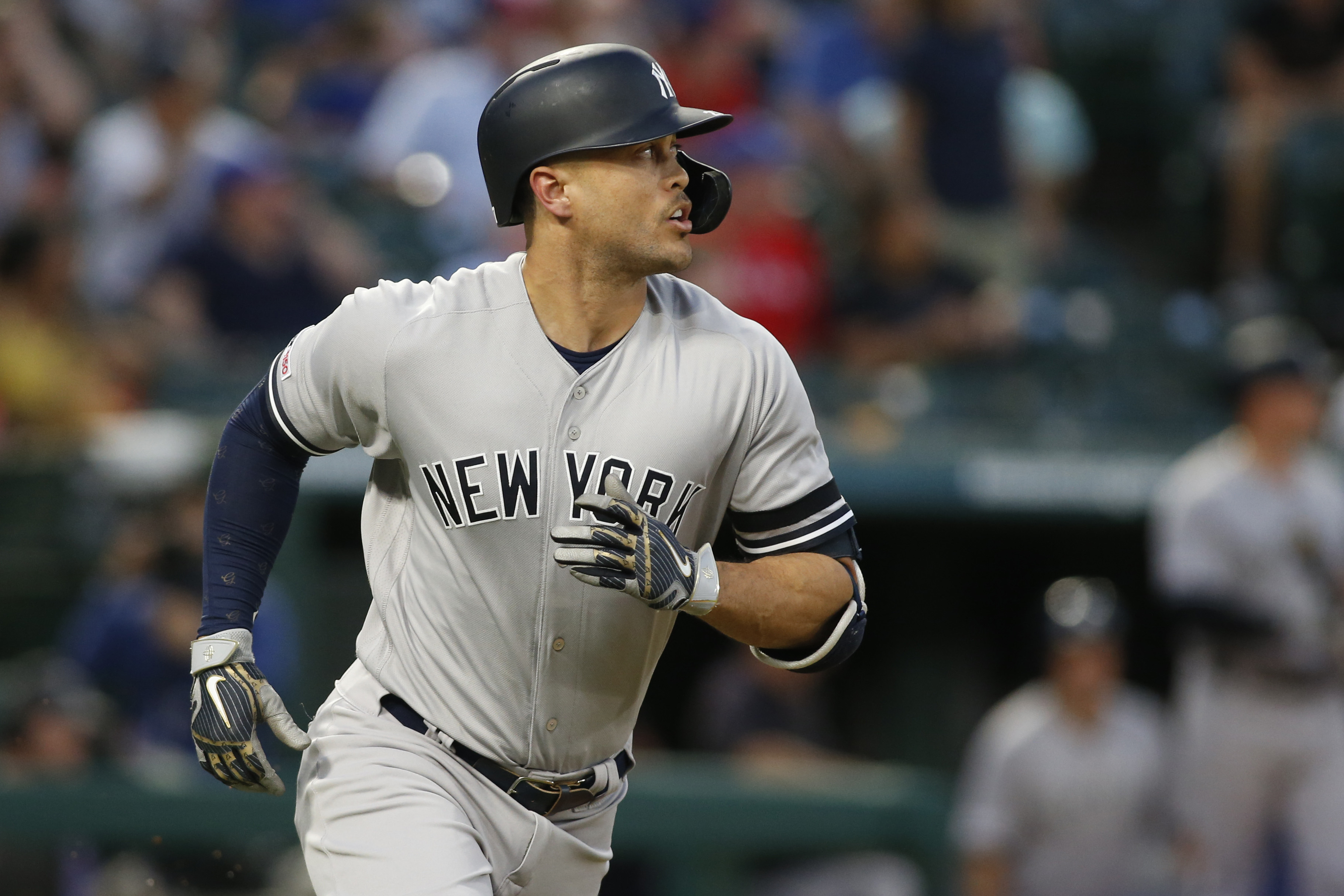