Your Morning Dump... Where the Celtics lose out on AD and we're back to being patient 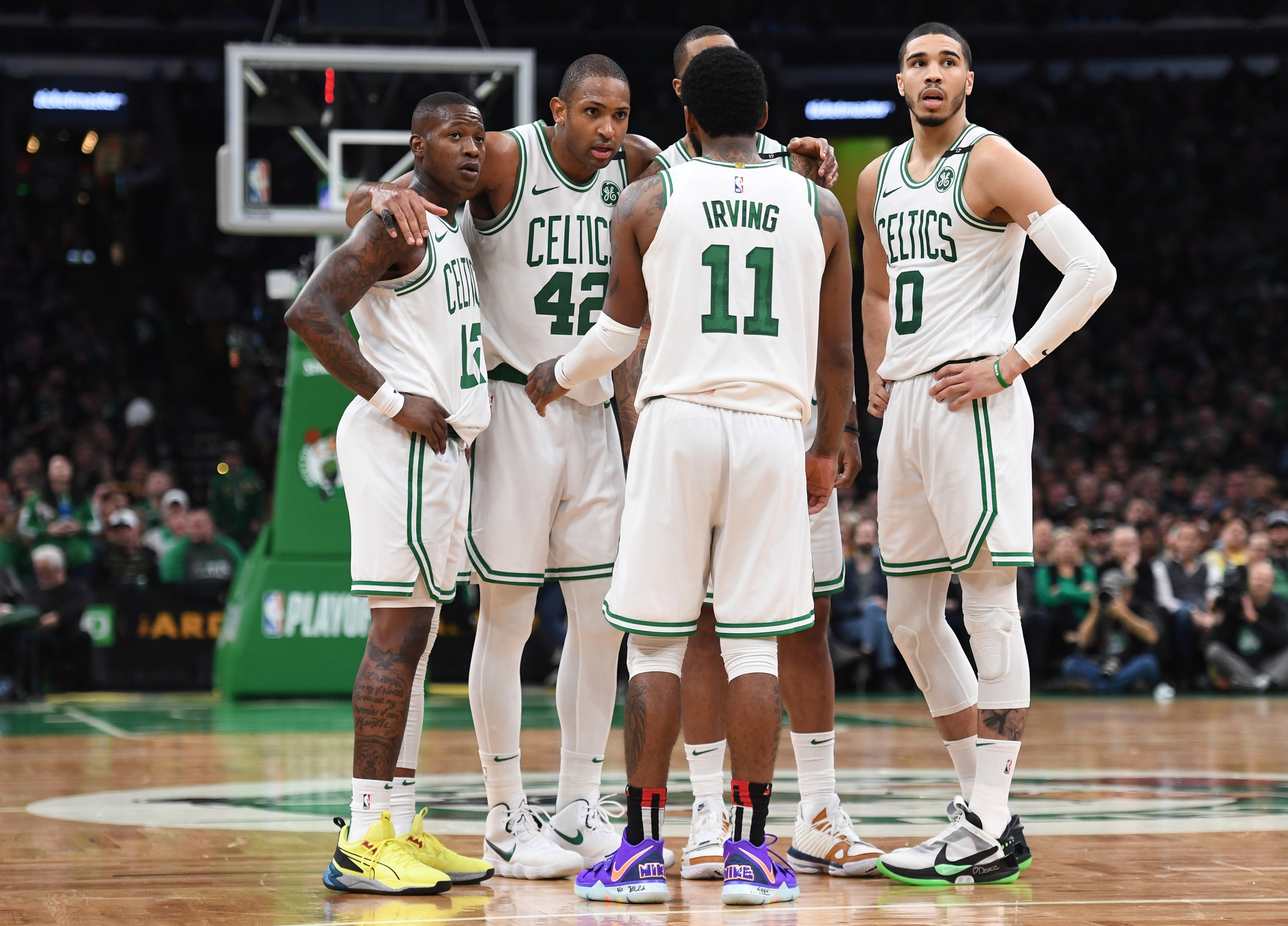 Your Morning Dump... Where the Celtics lose out on AD and we're back to being patient

The Celtics had spent years planning for their Anthony Davis moment, but in the end he will be joining one of their biggest rivals instead.

ESPN reported on Saturday night that the Pelicans agreed to trade the disgruntled All-Star forward to the Lakers in exchange for guard Lonzo Ball, forward Brandon Ingram, guard Josh Hart, and three first-round picks, including the No. 4 overall selection in Thursday’s draft. Davis will join LeBron James to form one of the most fearsome duos in NBA history.

The Celtics, meanwhile, will pull back and most likely build around their young core, with Jayson Tatum and Jaylen Brown as the centerpieces. According to a league source, the Celtics never felt like a deal for Davis was close as discussions unfolded this past week.

Himmelsbach adds the Celtics were never really close to a deal because of their refusal to include Tatum, in part due to Kyrie Irving’s uncertainty and Davis’ public desire to play in Los Angeles.

Don’t blame Danny Ainge. He would have been foolish to give up Tatum under these circumstances.

I guess you could blame Kyrie, because if he’s all-in then he might lobby  Davis on Boston.

I’m not really in the mood to blame anyone but the Celtics suddenly bright future feels on hold at the moment.

I love Tatum AND Jaylen Brown and remain optimistic they can eventually become a championship caliber duo. But the next few years are kinda murky.

Himmelsbach reports the Celtics could package some draft picks for an established player but nothing is imminent. Add Player X to the Jays, Horford, and Hayward and the Celtics could make some noise in the East.

But what if Horford isn’t content with “making noise” and decides his best shot at a championship is with another team?

Horford has to decide this week if he wants to opt into the final year of his deal, which would pay him $30.1 million. Opting in leaves him vulnerable to a trade but, with Davis off the market, it might give him the peace of mind to accept that big-money year and seek longer-term security next summer.

But the bigger question is whether Horford is on board with seeing how far this young core can go. He got a glimpse of their Kyrie-less potential during that 2018 run to the cusp of the NBA Finals but having admitted the priority at this stage of his career is winning a title, might he desire a deal to a more surefire contender?

It’s been pondered in this space whether there’s a possible deal to be made with the Houston Rockets, a team that’s already thrown up the “open for business” flags. Horford flirted with the Rockets before signing with the Celtics in the summer of 2016 and could be intrigued by trying to get Houston over the hump in the west. Might the Celtics be willing to take back some young talent — Clint Capela the name that invariably arises — knowing the road back to title contention with the young core is a bit longer?

Himmelsbach also reports the Celtics are intrigued with Capela but have not engaged in trade talks with the Rockets.

I’m tired of rebuilding and/or building. One championship in 30 freaking years.

On Page 2, the Lakers gave up A LOT for Anthony Davis.

The Pelicans will get the following picks from the Lakers, league sources tell ESPN:

“What they gave up for him is potentially scandalous,” ESPN’s Brian Windhorst said Saturday. “…Not all the details are out there yet…It is the Nets-Celtics trade part 2…What they gave was one of the most lopsided trades in terms of draft compensation in league history.”

The Lakers have been down for so long, they had no choice but to risk it all with this trade.

Davis and James might be the league’s best duo, but Rob Pelinka still has to build out the roster. And last year he showed everyone that he has no clue what he’s doing.

Then again, we hail Ainge as one of the league’s best and have one championship to show for it.