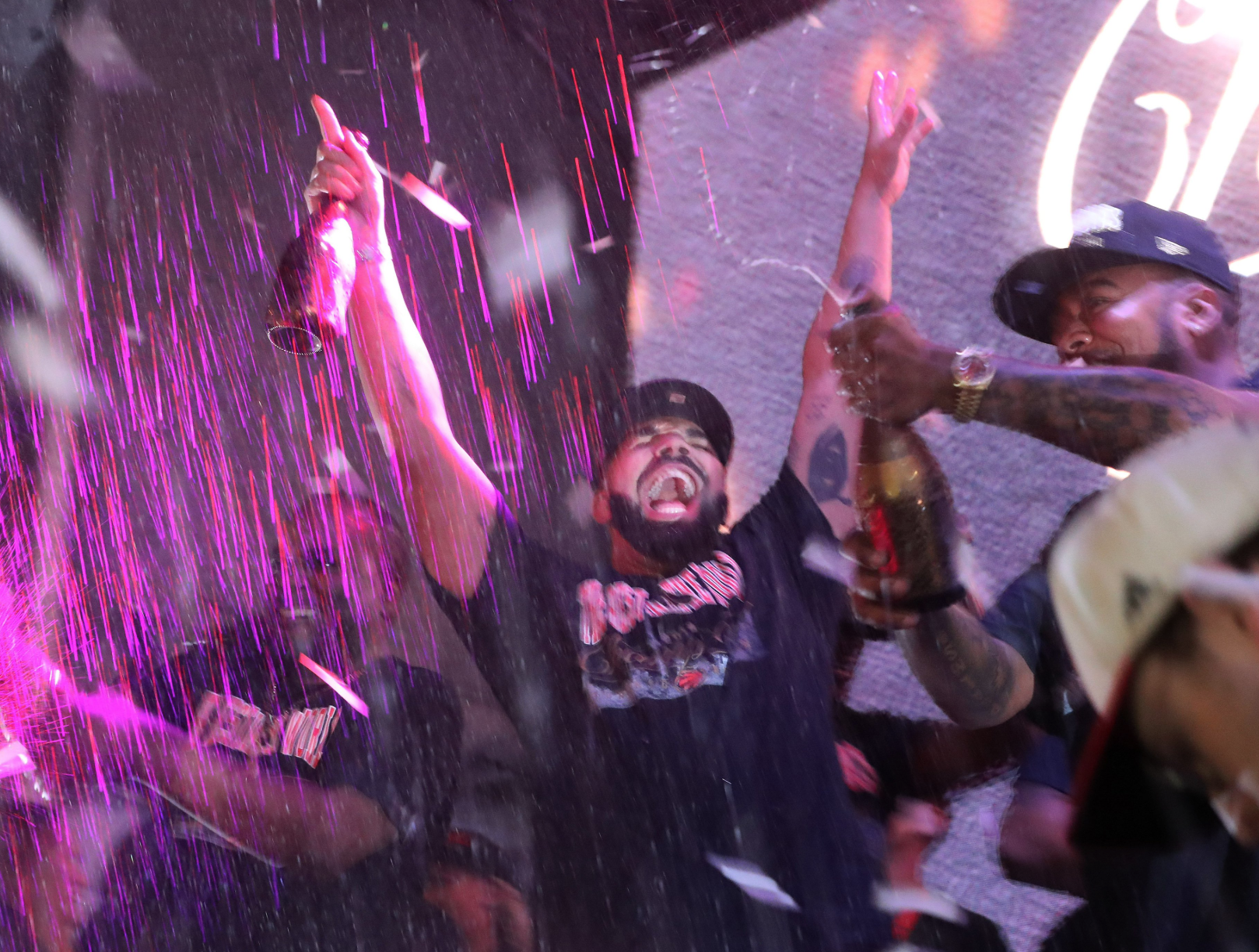 Drake, for some reason, was a major part of the Raptors’ championship parade on Monday — celebrating as if he were, you know, actually playing in the games that the team won.

But he didn’t; he’s not a player, nor was he a part of the team’s blood, sweat and tears on the court. He’s a cheerleader — err, the team’s global ambassador — and we guess that’s why he was invited to party with the Raptors on one of their floats on Monday.

A fan tossed him a beer at one point, as if he were a player, and he chugged it, much to their amusement.

It’s almost as if he actually played in the games — oh wait, he didn’t.