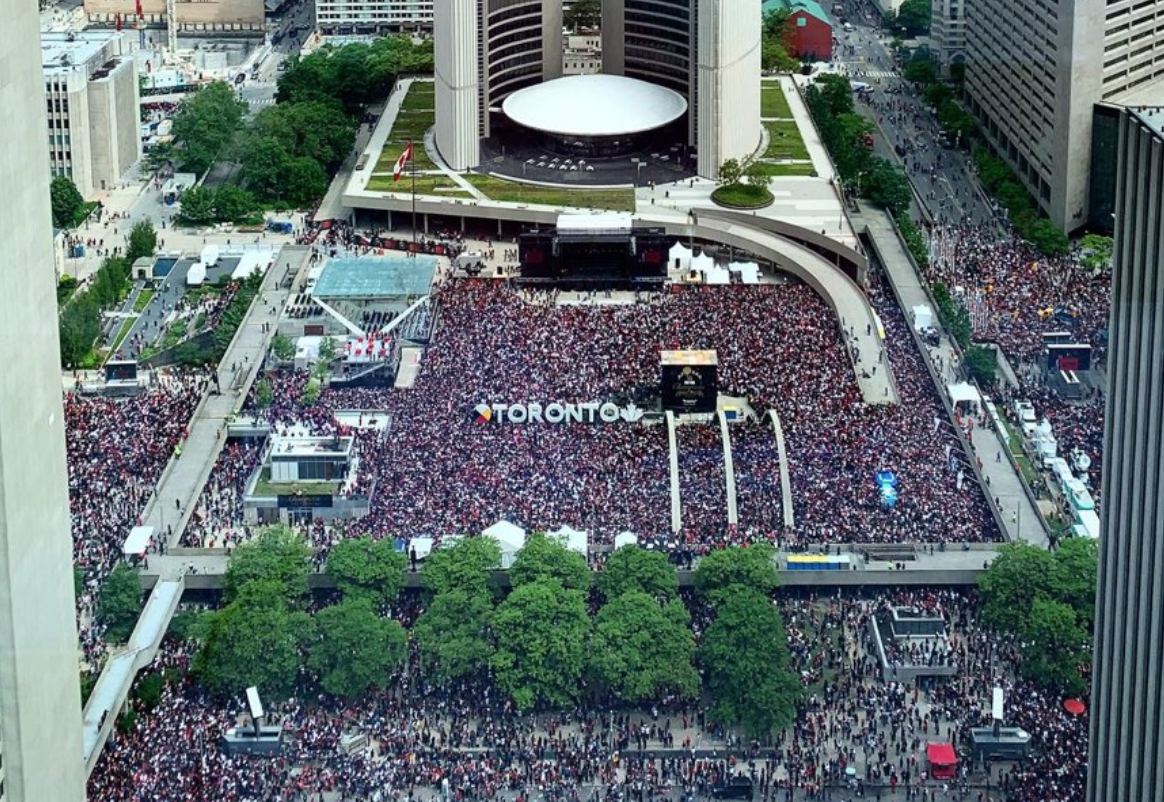 Winning your first title in franchise history is kind of a big deal — in any sport — so it was lit in Toronto on Monday, as the team celebrated its recent NBA Finals win.

It was quite an accomplishment, given that the Raptors dethroned the defending champion Golden State Warriors, and also won their first title ever in the process.

As such, fans flocked to Toronto for the championship parade on Monday. As you can see, it was quite lit.

The North takes the streets. 🤯 pic.twitter.com/bVKcd2Jb6v

What a scene, and what a time to be alive for sports fans in the Toronto area.