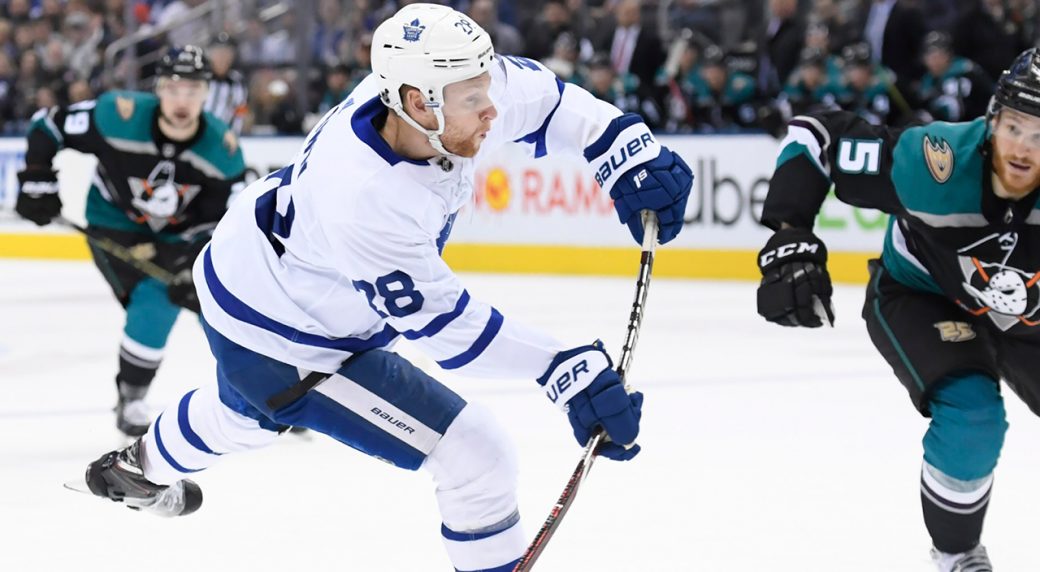 The Edmonton Oilers and Toronto Maple Leafs engaged in trade talks at the deadline regarding numerous different players. The Oilers targeted Toronto’s Connor Brown, while the Leafs were looking for help on the blueline. Toronto showed an interest in Adam Larsson, while the Oil were attempting to off-load Matt Benning.

Needless to say, a deal was never finalized between the sides. There were substantial talks, however, and it stands to reason that the two sides will reconnect this off-season. Yes, the Oilers have a new GM in Ken Holland, but Keith Gretzky remains part of Hockey Ops. He was the lead man in negotiations from Edmonton’s side in February.

Could the Oilers, desperate to improve their forward ranks, re-engage in talks for Connor McDavid’s former junior teammate?

Even though they were the better team at times, the Maple Leafs once again failed to beat the Boston Bruins and were eliminated in the first round of the Stanley Cup Playoffs. It marked the third straight one-and-done for the Leafs, who are starting to run out of patience.

William Nylander is still making $10,277,778 per season, while John Tavares is taking home $11,000,000 per season. There is a lot of money already invested in Toronto’s forward corps.

A player like Brown, making $2,100,000 per while playing a depth role, is expendable. It wouldn’t be a shock if the Leafs dealt him either for future assets or help with the salary cap.

Brown is an interesting player, because we really don’t have him surrounded in terms of a role. He scored 20 goals in his rookie season, 2016-17, while averaging 16:12 per night. His role has steadily declined since then, and his numbers have followed.

Part of that is Brown’s fault, he hasn’t repeated that strong rookie season, but part of it is the talent Toronto continues to churn out. Andreas Johnsson and Kasperi Kapanen have both emerged since Brown’s rookie season and have been given bigger roles.

Brown’s game is an offensive one. He’s got good offensive instincts, a solid shot, has enough speed to keep up and is smart enough to play a two-way game. This is a player that won’t be a liability while also chipping in a respectable 15-20 goals per season. That kind of player is very valuable.

Although he isn’t exactly huge, Brown is willing to play a physical game and is strong on the puck.

Possession wise, Brown didn’t have a great 2018-19 in Toronto. He posted a sub-par 49.4% Corsi For five-on-five, proving to be a drag on his teammates. Brown’s -2.9% Rel was extremely disappointing.

All numbers are via hockey-reference.

Here’s a look at Brown’s scouting report via The Sports Forecaster.

Brown, at this stage of his career, has proven that he is an NHL’er. That’s about all he has proven thus far. Brown has shown real offensive flashes, but hasn’t been able to hold a regular spot in Toronto. He’s probably best suited to a middle-six role at this point in time.

As things currently stand, one could make the argument that Brown would be one of Edmonton’s three best wingers if he were acquired. The hope is other bodies would be coming in too, but if the Oil trade for Brown it will be to fill a top-six roster spot.

Edmonton was hoping to complete a Benning-for-Brown swap at the deadline. I believe that would be the starting point in any trade talks. I could see the deal expanding, with pending RFA F Jujhar Khaira being of interest to Toronto.

If the Leafs are having issues re-signing Johnsson, I believe Edmonton would have interest.

The Oilers desperately need competent wingers that don’t cost the moon and that can score about 15 goals per season. Brown checks off every box. Not only that, but the Leafs are actively shopping the forward. Add in a good relationship with McDavid, and trading for Brown makes too much sense.

I’d expect Edmonton to be among the teams kicking the tires on the forward this week, and wouldn’t be shocked if Ken Holland came home with Brown from Vancouver.

This is a player Oiler fans absolutely should read up on.