Your Morning Dump... Where Kyrie might be running and D'Angelo Russell is a real possibility 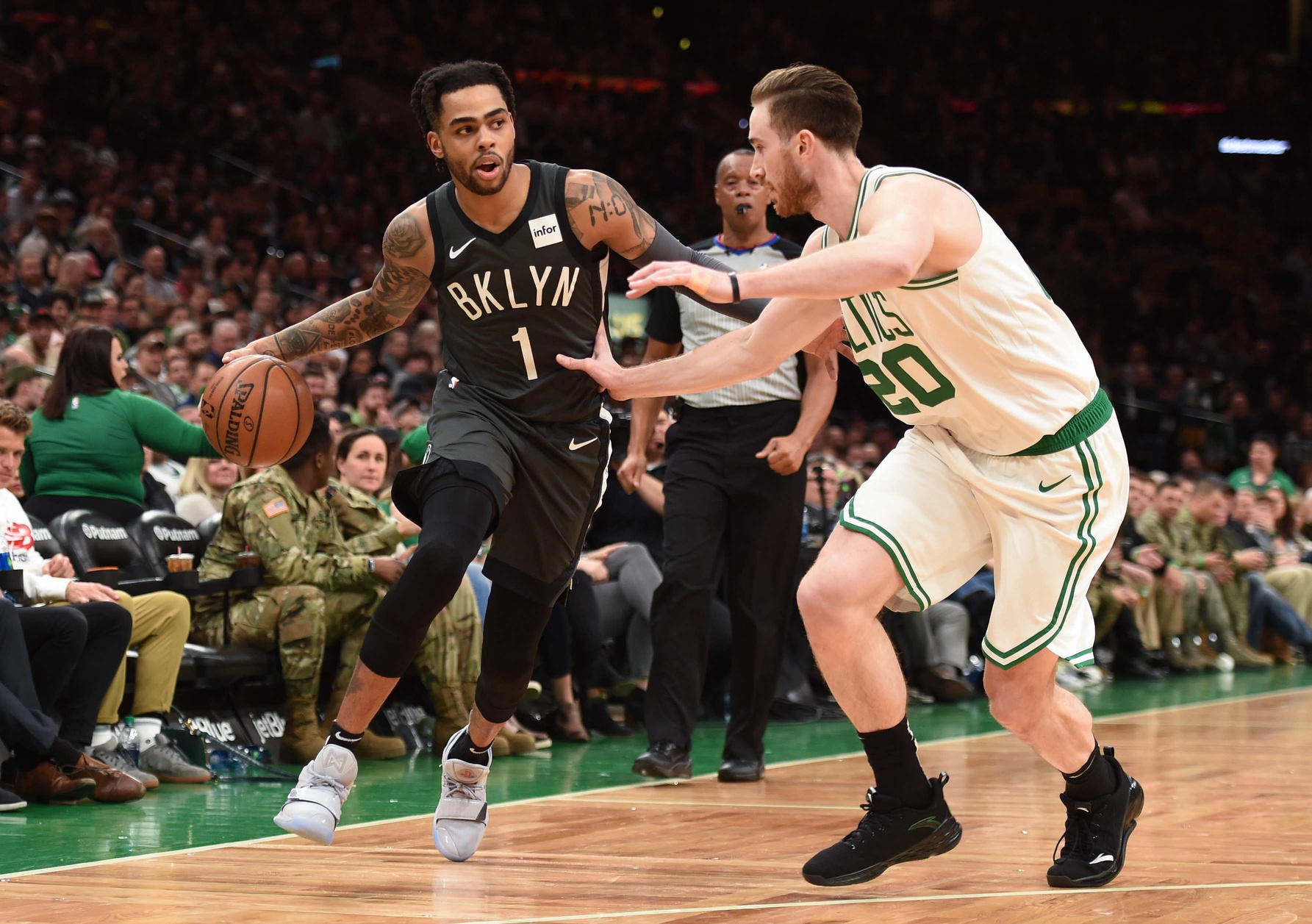 Your Morning Dump... Where Kyrie might be running and D'Angelo Russell is a real possibility

It’s uncertain whether Irving knows what makes him happy. Is being the starting point guard on a young Nets team — without D’Angelo Russell, their best player from last season — a better scenario than helping the Celtics win the East? If Irving believes Brooklyn offers him a more conducive atmosphere because the Nets wouldn’t be favored to win the East with him anyway, then so be it. He should go and the Celtics should move forward. Tatum and Brown are talented enough to lead a franchise and perhaps last season was a prohibitive lesson for both about lack of leadership.

And finally, if Irving signs with the Nets, Brooklyn may have to rescind its qualifying offer to Russell. So perhaps the Celtics could pursue Russell if they are able to work out a salary-cap friendly extension with Horford.

Russell is four years younger than Irving and just averaged 21.1 points, 7 assists, and 3.9 rebounds in an All-Star season. It may take some real roster and salary shuffling but it’s a possibility.

There’s another report out of NY that says multiple Nets players and staff believe Kyrie Irving will be in Brooklyn next season.

And in this morning’s Boston Globe, Gary Washburn openly ponders why the spacey Irving would consider a less talented team. I’m awaiting a press conference where Irving tells the media he never felt comfortable in Boston and longed for “home.”

Washburn also notes that D’Angelo Russell could be a possibility for the Celtics. While initial reports claimed Brooklyn would consider pairing the guards, the latest signs point to the Nets moving on from Russell if Irving signs.

I have no idea how the Celtics could pay Russell, a restricted free agent. They’d have to renounce all free agents (Rozier, Morris, Theis, and Wannamaker) and get Horford to opt-out and 1) leave or 2) sign a super team friendly contract.

DLo is a dynamic scorer, but his latest brush with the law (cited for trying to sneak marijuana through airport security) shows immaturity is still a problem. I prefer the Celtics find an alternative.

Horford has until Tuesday to opt in to $30,123,015 for next season, but the sides have been discussing a plan where he comes in at a lower number next season and gets two more years tacked on in a new deal. It’s not known whether the way things have played out over the last couple of weeks will have an effect on Horford’s outlook.

But this story on the Rockets chemistry problems is a real doozy:

But Paul noticeably lost a step last season, as evidenced by analytics and the eye test. Paul pushed for more plays and sets in the Houston offense, more screening and deception, despite Harden being in the process of putting together a historically dominant individual offensive season.

“Chris wants to coach James,” says a source familiar with the stars’ dynamic. “James looks at him like, ‘You can’t even beat your man. Just shut up and watch me.'”

According to sources, Paul was also frustrated by what he perceived as Harden’s tendency to ignore unglamorous details that impact winning — such as moving when he gives up the ball to help spacing — and wasn’t shy about expressing those concerns.

I can’t imagine any team taking on Paul’s 3 years and $124 million.