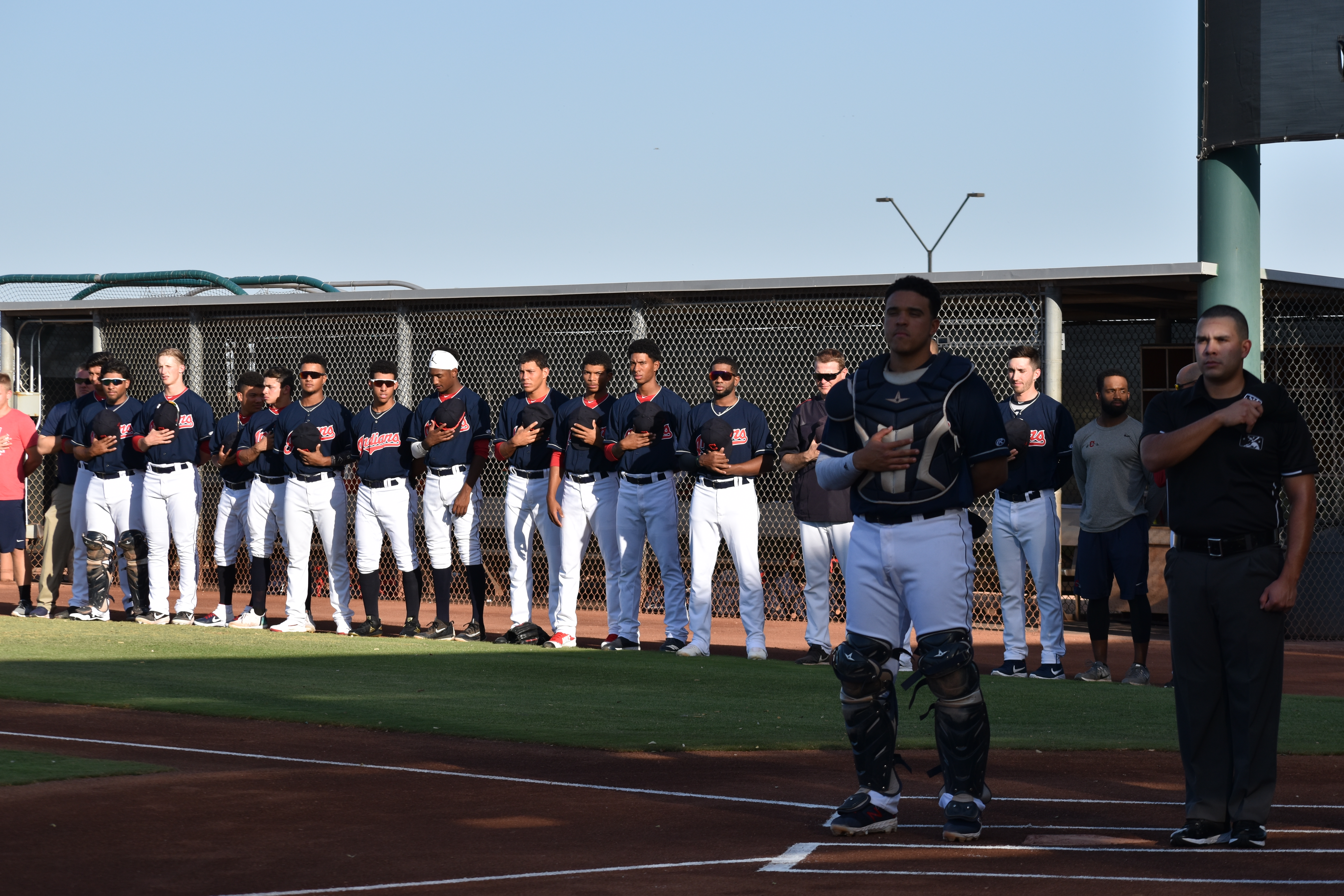 The AZL Indians Red started up their short season last night against the Brewers with Brauny Munoz leading the charge as staff ace. While the Arizona League rosters are almost always filled with rookies, this season seems to be at a new extreme as Blue (who will be previewed tomorrow) is only retaining four position players and a handful of pitchers and Red is only returning two catchers and a couple pitchers if you don’t include the rehabbers.

As stated, Munoz is at the top of the rotation and is new to the AZL, but not to the Indians. The 18 year old has a low 90’s fastball with good control within the zone and at least one solid secondary offering. While he won’t blow anyone away, he pitched well last year and in extended spring training in 2019.

While the rest of the rotation is unknown and likely largely variable, some starters from last year’s DSL Indians have made the jump and will likely be used extensively. From 2019 extended, Samuel Vasquez and Wardquelin Vasquez were each particularly effective and could be joined in the rotation by Darlin Noboa and Jhon Vergera, who started 2019 in the DSL. If you were thinking, shouldn’t they have more pitchers named Vasquez, Gregori Vasquez will begin the year with AZL Red on rehab assignment.

In the bullpen, there will be a few who were with the system last year, particularly Wuilson Meza, Dan Figueroa, Luis Peguero, Christophers Santana, Heylin Tavares and Miguel Vinicio. They are joined by former infielder Jhan Rodriguez and some 2019 signings, Serafino Brito, Kevin Coulter, Jacob Forrester, Allan Hernandez, Andrew Misiaszek, Matt Waldron, Alec Wisely and first round pick Daniel Espino. The Indians will likely experiment with these pitchers at this level to determine if they can be lengthened out as starters or should remain in the pen.

The two “veterans” on the offense are Yainer Diaz and Micael Ramirez, although Ramirez is currently out with a broken hamate bone. Diaz got off to a great start on opening day with a double as part of three hits after being one of the Indians top offensive performers in 2018. Backing up Diaz will be Roger Marmol, who is an offensive first catcher who has been with the team since spring training after playing in the DSL last year.

The outfield will entirely consist of players from last year’s DSL squads as Alexfri Planez and Marlin Made will play center with Jean Montero and Cesar Idrogo on the corners. Planez is an incredible defender with an all or nothing swing while Made is a slightly lighter version of both. Idrogo is all bat and no glove while Montero is the opposite.

Yordys Valdes heads to the dugout after hitting lead-off for the AZL Indians Red on opening day 2019. – Joseph Coblitz, BurningRiverBaseball

The infield will generally be filled with drafted players from 2019 as Joe Naranjo and Will Bartlett take first and DH while Jordan Brown, Yordys Valdes and Christian Cairo play up the middle. 1B/3B Jeikol Contreras, 2B/SS/3B Jothson Flores and SS/2B Gaspar Palacio will fill out the infield. If the past is any indication, the Indians will start using the 2019 draft picks slowly as those who played a full season in 2018 and in extended spring in 2019 are in better shape for every day play.

Of course, the AZL also exists to help rehabbing players from higher levels and already the Indians have G. Vasquez (A) and Andruw Monasterio (AA) on the roster and there is currently a ton of pitching talent hanging around the back fields in Goodyear including Danny Salazar, Triston McKenzie and Raymond Burgos among others. As these players heal and further draft picks are signed, there will be additions made to this roster later in the season.

If last season is any indication, expect the more developed college players to advance quickly as the Indians like them to get a start at their spring training facility, but see little reason in keeping them there. A few of the older guys this time around include Coulter, Forrester and Waldron, each of whom are already older than both of the rehabbing players on the roster.