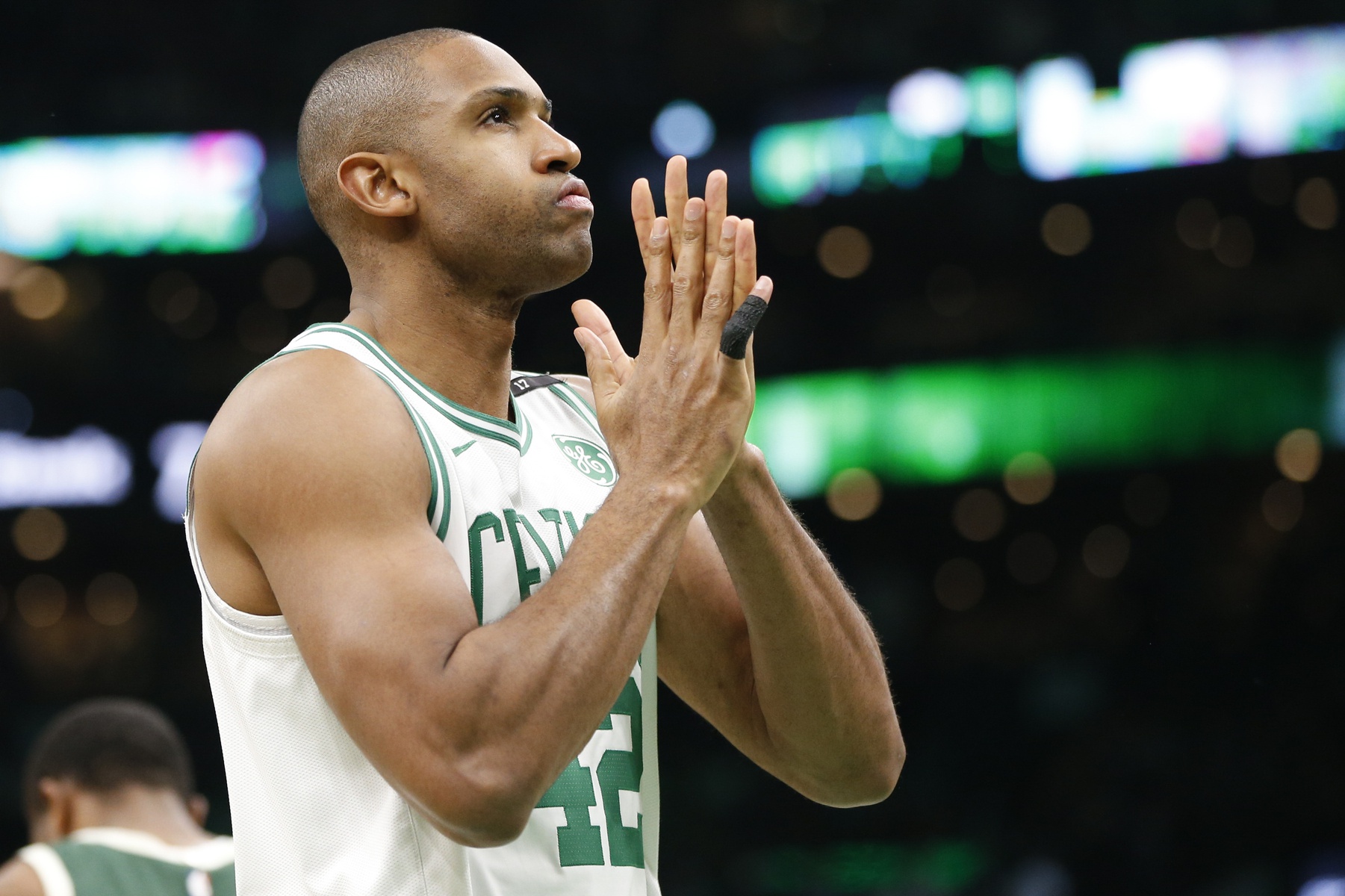 The rumor about Al Horford declining his player option and becoming a free agent is now a reality:

While Horford, a five-time All-Star, will move into the free-agent marketplace on June 30, there’s motivation for both Horford and the Celtics to work toward an agreement on a new long-term contract, league sources tell ESPN.

Horford could help Boston’s salary-cap flexibility with a new deal that starts below that $30.1 million salary.

Horford, 33, is a key member of the Celtics core and a favorite of management, coaches and teammates. Horford averaged 13.6 points and 6.7 rebounds for the Celtics this past season, his third with Boston since leaving Atlanta for a four-year, $113 million free-agent deal with the Celtics.

I LOVE that last paragraph describing how beloved Horford is among management, coaches and teammates. It’s a DIRECT shot at a certain player who refuses to engage with management about his future.

Al Horford will opt out and not pick up $30 million option, source confirms to @stadium. First from @ESPN. Will be interesting to see what other teams possibly throw at Horford in terms of a 4-year, big money deal that could make it difficult for Boston to bring Horford back.

What if another team throws big money on the table? Would Al bite? He’s made it clear that a championship is priority #1, but you never know.

Meanwhile, the Celtics are trying to move way up in the draft:

Darius Garland will conduct a last-minute workout in Tarrytown with the New York Knicks tomorrow, a source told ESPN. Garland is in serious consideration for the No. 3 pick. Minnesota, Boston, Chicago are teams looking at potentially trading up to No. 4 with Garland in mind.

Celtics would have to get pretty creative to get up to No. 4 in this draft. Hard to see it happening without Jaylen Brown or MEM pick being put on the table in an offer.

Hell no to moving Jaylen Brown but if Danny Ainge believes Garland is an all-star point guard in the making, a deal involving #14, the Memphis pick and fill-in-the-blank might be on the table.