Your Morning Dump... Where I've just about had it with the gloom and doom. 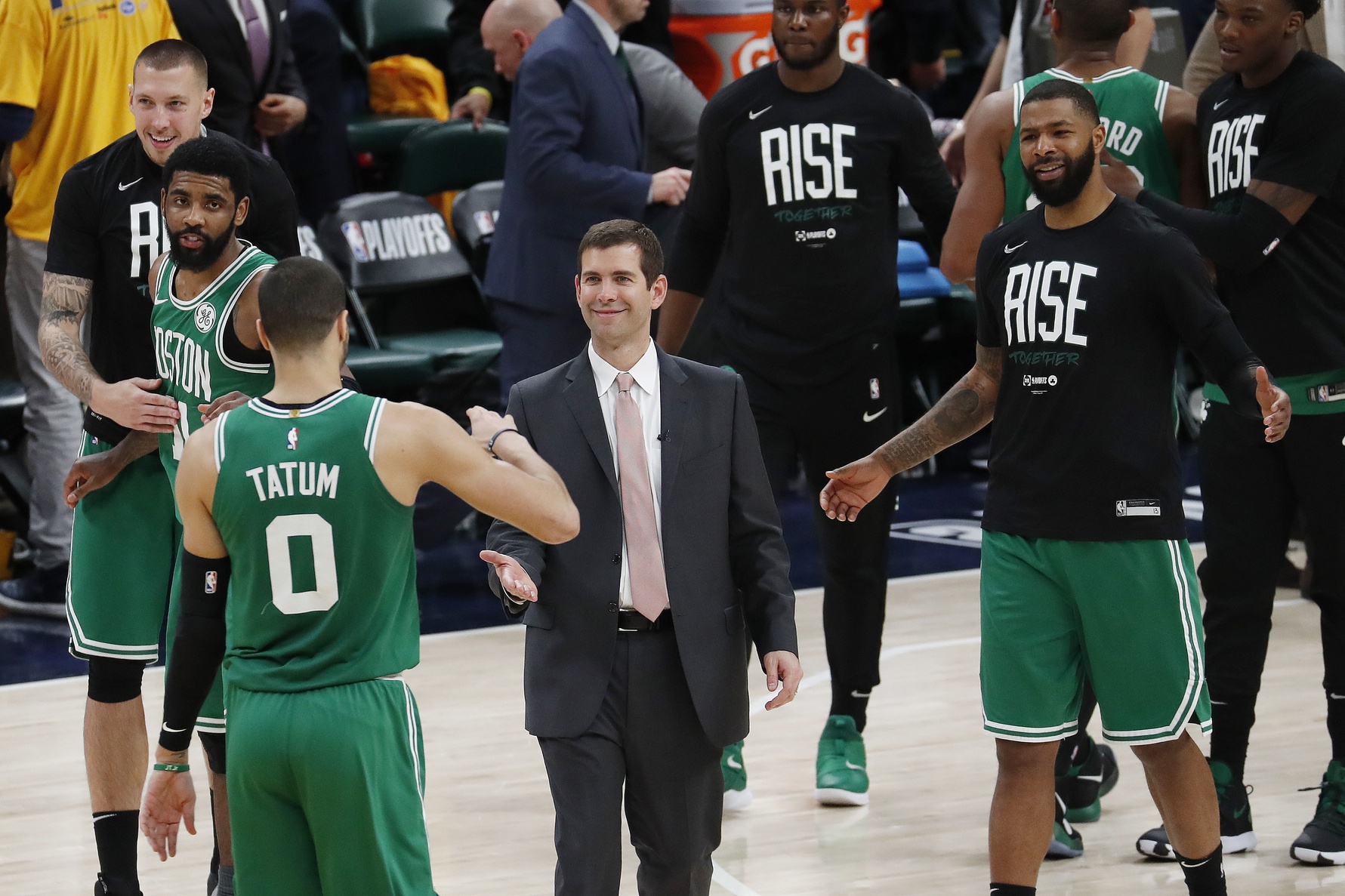 Your Morning Dump... Where I've just about had it with the gloom and doom.

The best thing we can say about the current state of the Celtics is that the worst-case scenario that they’re facing is still a decent situation.

Decent. Not thrilling, like it could have been if circumstances (lottery luck found the Lakers rather than them), NBA all-stars (including one in their own locker room), and an agent with a specific directive (get Anthony Davis to LA even if it tarnishes his image) hadn’t conspired against them.

Decent. Not satisfying, even if you do believe that Jayson Tatum, who picked up more bad habits than new tricks as a sophomore, and Jaylen Brown are ready to be this franchise’s front men, or that Gordon Hayward will look like the Utah version of himself after the ups and downs of his first season post-horrific injury.

Just decent. I suppose that’s a tribute to those remaining on the Celtics roster for sure, as we wait for the all-but-certain news that Kyrie Irving is taking his extraordinary talent and exasperating moods elsewhere.

Was the Celtics’ season a disappointment?

Abso-frickin’-lutely. The Celtics managed to cram about twenty games worth of quality play into a season that was 82 games long. They talked plenty of talk while generally failing to walk the walk. I am hard pressed to remember a less likeable team than this one.

But the mood among Celtics fans these days is ridiculous.

The general assumption seems to be that this year’s team, a substandard exception after four years of overachieving, is who the Celtics really are.

Fans who booed the Jaylen Brown pick because it meant the team wasn’t trading for Jimmy Butler, and who desperately wanted the team to trade for Paul George–despite his questionable attitude and post-season disappearing act–are now rending garments and throwing dust on their heads because the team didn’t trade for a skilled but apparently spineless center whose agent thinks the Lakers are Jennifer Lopez.

Then there’s the Kyrie situation. A few years back, a friend of mine worked in Citibank’s student loan division. At the time, Citibank was selling off their portfolio, and there were plenty of people worried about their jobs. I asked her if she’d heard anything and she said, ‘the only people talking are people who don’t know what they’re talking about.’

So maybe Kyrie is interested in signing with the Nets. Maybe he will sign with the Nets. But Kyrie’s world is a very small one, and while people on the periphery may have heard this or that, I don’t think any one that’s talking has heard anything directly from Kyrie.

Anyway, the same fans that truck out that stupid, stupid, stupid “City of Champions” nonsense–as though they, personally, have done anything other than occupy a small portion of the 10th largest MSA in the US–are right now panicking about the Celtics, and frankly, it’s going to be amusing for me to sit back and watch them change their tune when a Celtics team that is, among other things, motivated by the fickleness of these supposed ‘best sports fans in the country’, comes roaring out of the gate this fall.

Secondly, it’s not that bad. There’s a solution here that could benefit everyone: Signing Terry Rozier to a two-year, contract worth $30-35 million with a player option for the second year.

Here’s why it would work.

1: Terry Rozier gets paid, but also gets a chance to get even more paid

There are many reports floating around that Rozier could have earned a contract averaging $20 million a year had he been a free agent after the surprise playoff run two years ago. This past season deflated his earning potential, which means he could be looking at deals that start somewhere around $14-15 million.

In the first place, the team should part ways with Rozier not because of what he said on ESPN after the season was over, but for what he did all season long. The Brad Stevens school of coaching works best when the players being coached have a certain level of maturity—and, mind you, this doesn’t mean that they all have to have achieved some transcendental level of enlightenment, etc., as Marcus Smart is still occasionally, frustratingly, immature, but he thrives in Brad’s system.

Anyway, Rozier demonstrated over the course, not of a single morning of TV appearances, but an entire season, that he is entirely too immature to play for Brad Stevens. Period. End. Of. Story.

But, if you’re looking for a reason to part ways with Rozier because of what he said on ESPN, it’s right there in his complaint that Brad Stevens was playing favorites with Gordon Hayward—a player that STEVENS BENCHED SIXTEEN GAMES INTO THE SEASON. Rozier is completely out of touch with reality.

I might also add that, having been benched, Hayward—unlike Rozier—made the best of his situation and improved steadily over the course of the season.

Rozier was from opening tip to the final grisly end of the season, one of the worst rotation players in the NBA. He made no effort to improve. He made no effort to contribute to the success of the team. He was a perpetual disappointment coming off the bench, and the team would be better off running a starting lineup of Smart Brown Hayward Tatum Horford with a motivated and mature veteran PG coming off the bench on a minimum deal than they would bringing Rozier back in a starting role.

Terry Rozier is entitled, spoiled, and out of touch with reality. Let him sign with the Knicks and learn what it’s like being the number one option for a team that smells like number two.

MassLive: Boston Celtics ‘have been really aggressive out on the marketplace’ (report) | Kyrie Irving rumors: Boston Celtics have had ‘little, if any’ communication with star PG in recent weeks