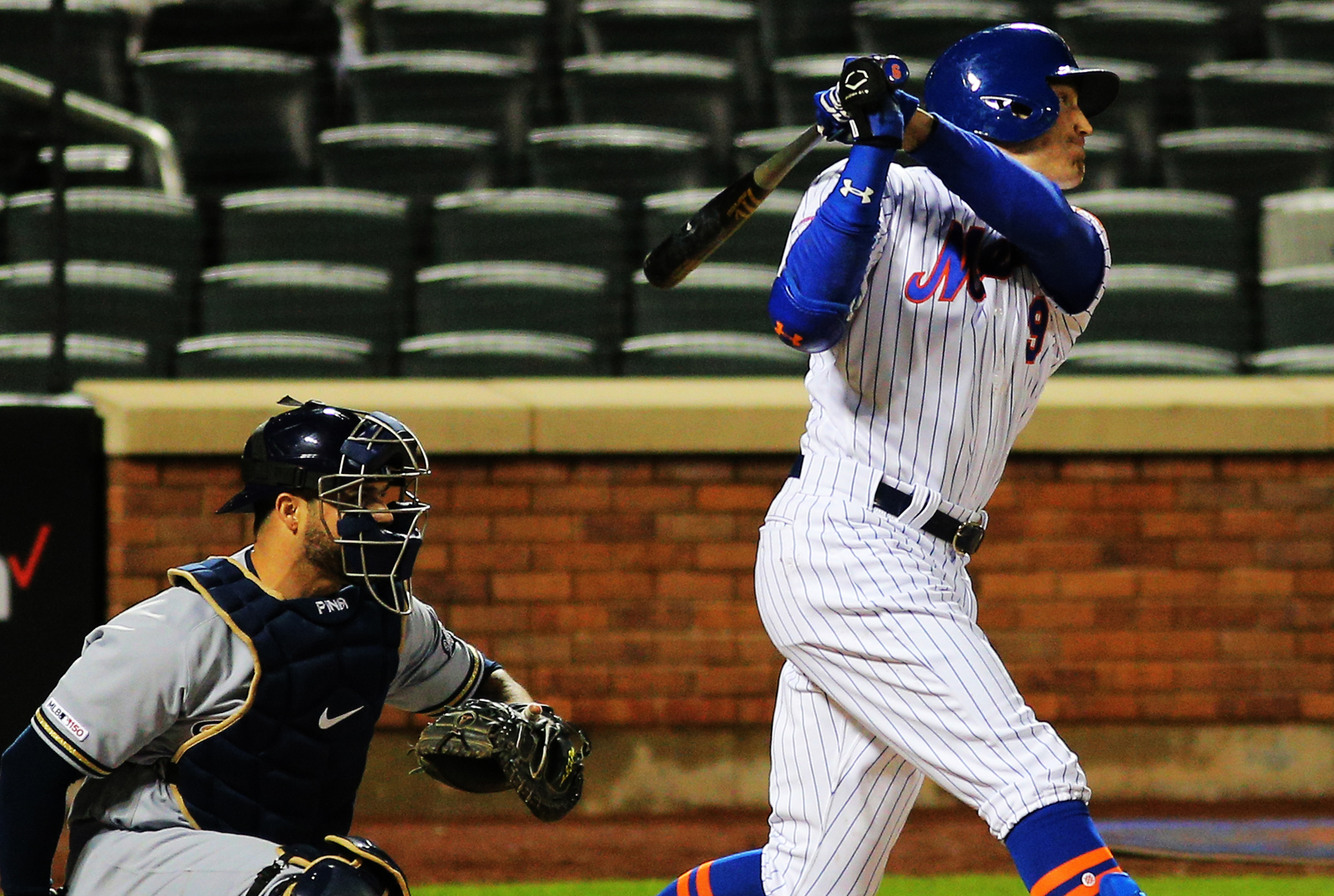 The New York Mets got more bad news in the outfield yesterday as Brandon Nimmo was shut down for 30 days due to ongoing complications with his neck injury. Nimmo has been dealing with the neck problem since April, when he missed a few games but was declared good to go shortly afterwards. While this situation appears to be the latest example of the Mets’ mishandling an injury, let’s instead focus our attention on how this will affect the Mets’ outfield going forward.

When Nimmo was healthy, the Mets’ best outfield alignment was using him in center field, Jeff McNeil in left, and Michael Conforto out in right. That equation has changed since Nimmo got hurt, with Juan Lagares and Carlos Gomez inheriting the majority of those at bats. Lagares has been abysmal at the plate, hitting just .192 with a .533 OPS, and his offense has been so poor it outweighs whatever defensive gains he brings to the lineup. Gomez has been marginally better, hitting .208 with three homers and 10 RBI’s to go along with a .651 OPS, but that production simply isn’t good enough either.

One option the Mets are reportedly considering is shifting Conforto back to center field and flanking him with converted infielders McNeil and Dominic Smith. McNeil would move to right field in this scenario, and it would allow the Mets to get Smith’s bat in the lineup with more regularity. Smith has been one of the Mets’ best hitters all year long, entering play today batting .348 with four homers and 10 RBI’s in just 89 at bats, so the Mets do need to find ways to get him more playing time.

There are risks to this philosophy, however, and they will come in the form of outfield defense. Conforto has been a very good right fielder but isn’t nearly as good in center, and it is fair to wonder if the toll of playing a trying defensive position will hurt his production at the plate. Neither McNeil or Smith look great in the corners either, so the Mets are in theory putting out one of the worst defensive outfields in baseball in this alignment.

The Mets may have to bite the bullet, however, because their bullpen has been so bad that no lead is really safe for them. The best way for the Mets to try and win games is to out-slug their opponents, so that means Smith and McNeil need to play most days against right handed pitching instead of wasting at bats on Gomez or Lagares. The Mets can always bring in one of them late in games to bolster the defense and still start them against left handed pitching, but for now this may be the best way the Mets can handle this situation.