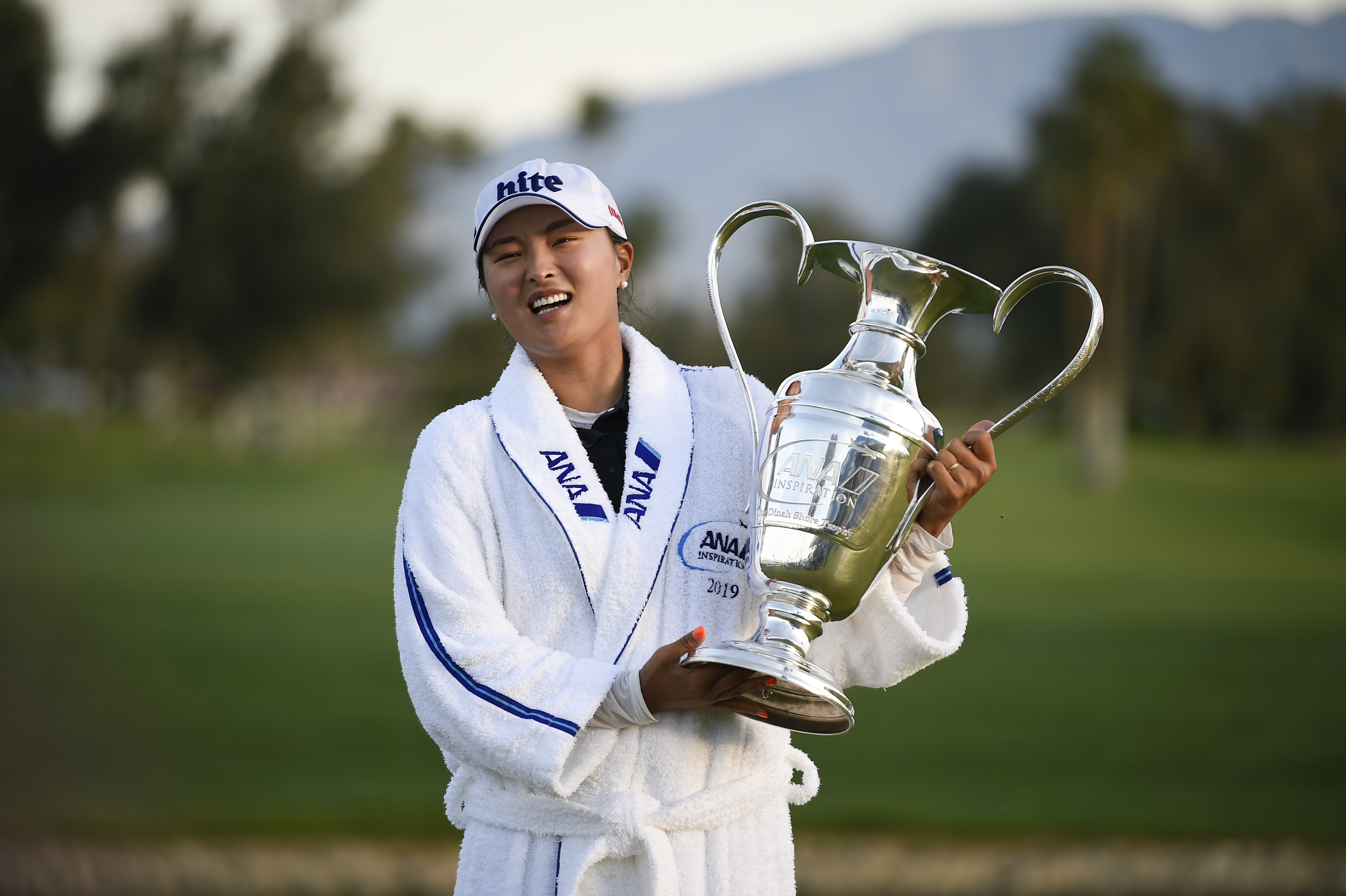 The third major in women’s golf will get underway on Thursday with the 2019 KPMG Women’s PGA Championship. The tee times begin at 7:40 a.m. Central Time when Americans Sarah Burnham, Mina Harigae and Tiffany Joh, along with Thailand’s Pavarisa Yokutan and P.K. Kongraphan and Italy’s Giulia Molinaro tee off.

There are numerous intriguing storylines in women’s golf at the moment. Here are five reasons to watch this weekend.

5) History at Hazeltine–Since 1966, the historic Hazeltine National Golf Club has hosted two U.S. Women’s Opens, two U.S. Opens, and two PGA Championships. This is the first time the Women’s PGA Championship is being played in the state of Minnesota. Previous champions include Americans Sandra Spuzich and Hollis Stacy on the women’s side and Tony Jacklin of England, Americans Payne Stewart and Rich Beem and South Korea’s Y.E. Yang on the men’s side. The golf course also hosted the 2016 Ryder Cup which was won 17-11 by the United States.

4) An opportunity to watch world number one Jin-young Ko–Heading into the 2019 LPGA season, the most famous golfer with the last name of Ko, was Lydia Ko of New Zealand, the 15-time LPGA winner and two-time major champion (2015 Evian Championship and 2016 ANA Inspiration). However, in 2019, Lydia Ko has struggled, and a new Ko has emerged. Jin-young Ko of South Korea has won twice this season. They came at the Bank of Hope Founders Cup on March 24 in Phoenix and the first major of 2019, the ANA Inspiration from Rancho Mirage, CA on April 7. She has also had two second place finishes, a third place, a fifth place and has not yet missed one cut in 2019.

3) Canada’s Brooke Henderson–Last week at the Meijer LPGA Classic in Grand Rapids, MI, Brooke Henderson of Smiths Falls, Ontario set the record for most LPGA or PGA wins by a Canadian when she won her ninth LPGA event. Henderson shot a score of -21 to beat four other golfers by one stroke. Sandra Post had eight wins on the LPGA Tour, while Mike Weir and George Knudson share the record for the most PGA wins by a Canadian, also with eight. Now Henderson will try to make more history by becoming the first Canadian golfer to win two majors. Henderson previously became the third Canadian golfer to win a major when she won the 2016 Women’s PGA Championship at Sahalee, a suburb of Seattle. The other two are Post, who won the 1968 LPGA Championship, and Weir, who won the 2003 Masters.

2) Lexi Thompson is finding her groove–Over the last two weeks, one could argue that no golfer is entering the Women’s PGA Championship with more momentum than world number two, Lexi Thompson of Coral Springs, FL. On June 9 at the ShopRite LPGA Classic in New Jersey, Thompson won her 11th career LPGA event. That was followed by a second place finish to Henderson at the Meijer LPGA classic. However, in the third round in Michigan, Thompson was spectacular as she shot an 18 hole score of -10 to get back into contention. Thompson is also looking for her second major as she won the 2014 ANA Inspiration.

1)Is this the year that Korean golfers sweep the five majors?–Heading into Hazeltine, two South Korean golfers have won the first two majors as Jin-Young Ko won the ANA Inspiration and Jeong-eun Lee won the U.S. Women’s Open. A South Korean golfer has won a major on the LPGA Tour every year since 2011. Now it will be interesting to see if a Korean can win all five majors (three in the United States, one in Great Britain and one in France) all in the same calendar year. At the present time there are nine South Korean golfers in the top 20 in the Rolex World Golf Rankings.