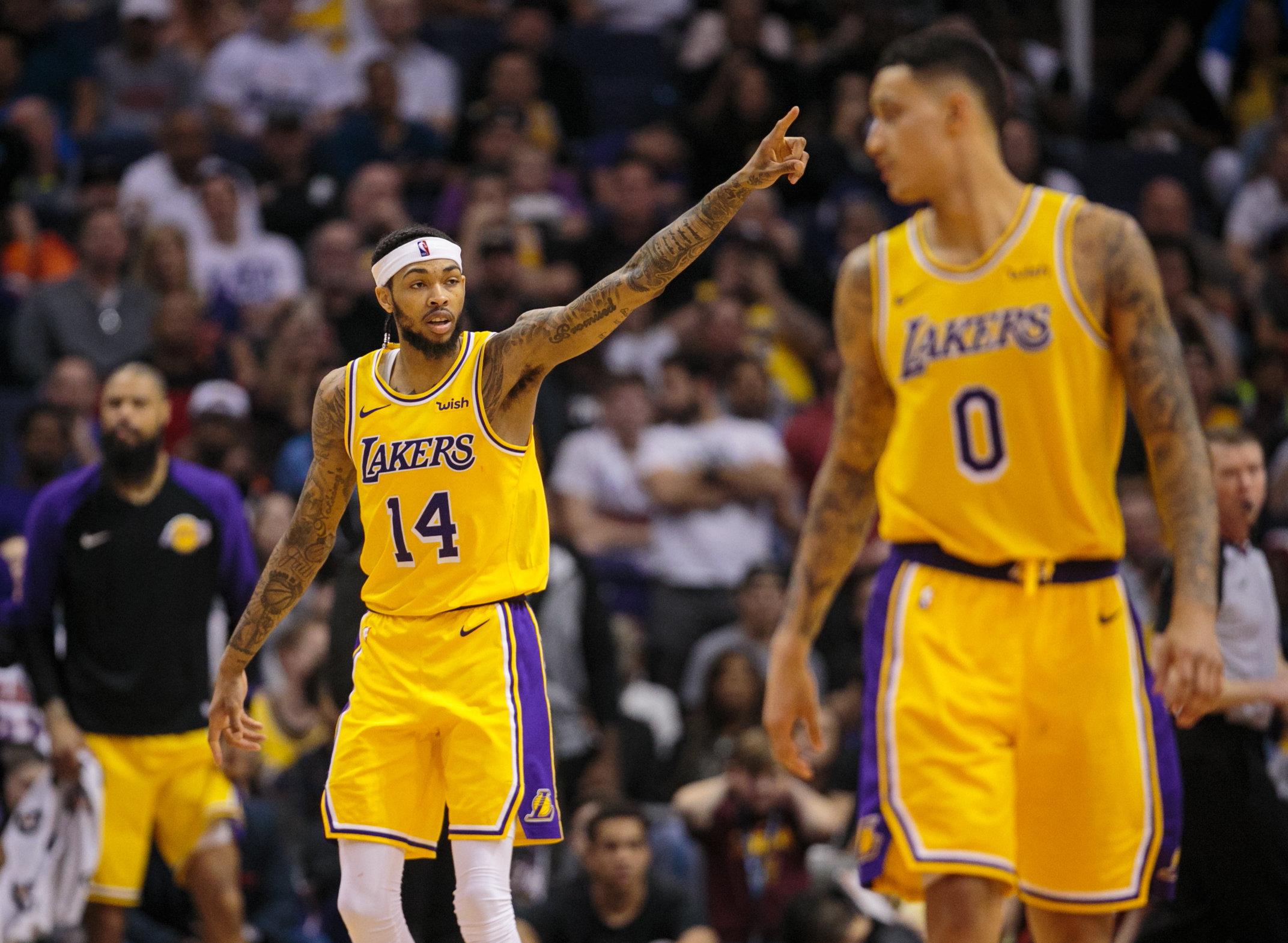 Brandon Ingram has finally been freed from the chains that bound him — so to speak.

And what we mean by that, is that Ingram was traded from the Lakers to the Pelicans, in the deal for Anthony Davis. Ingram now doesn’t have to deal with the endless pressure, criticism and media scrutiny that comes along with a team that has LeBron James on the roster.

As for Ingram, he appears to be well aware of that fact, and is excited about it, according to his actions on an Instagram live stream on Wednesday.

Not only was he excited, though, but he also threw some shade at LBJ during the stream. Check out what he had to say.

“Strive for GOATness — bogus as hell,” Ingram said, with a laugh, clearing poking fun at LeBron’s “Strive for Greatness” mantra.

Ain’t even a week and Brandon Ingram throwing shade at Bron already 😹 pic.twitter.com/2csI5Pnts5

Ingram wasted no time in trolling LeBron, it seems. He was just traded last week.