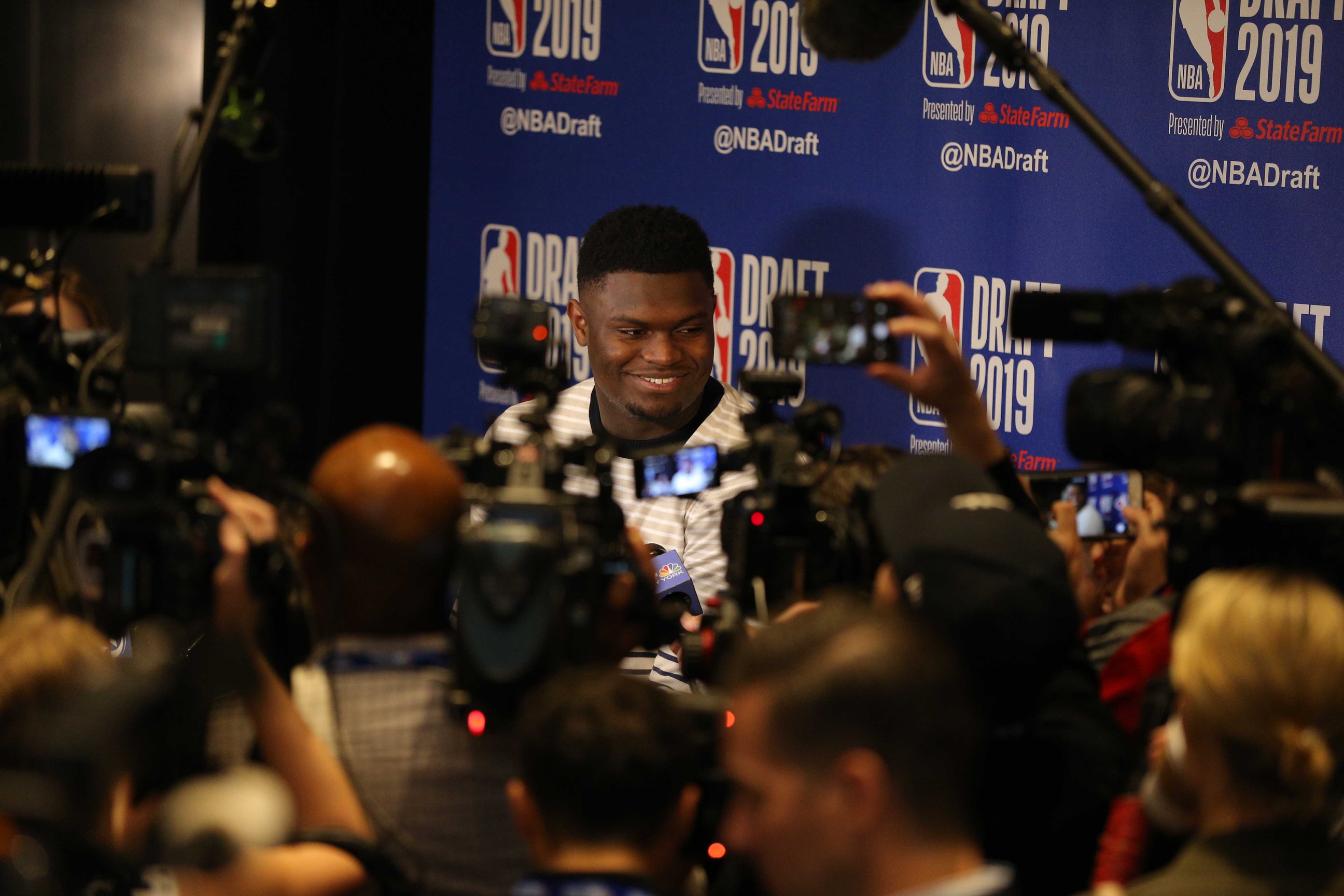 This brief article takes a look at who we (the royal we) would take in the 2019 NBA Draft if we (myself and Ilia Shatashvili) were running all 30 NBA franchises, with the caveat being that there’s no trading back allowed. Let the games begin.

I: Ja Morant. Heard there was a job opening with the Grizzlies at point guard.

G: Jarrett Culver. He outplayed R.J. Barrett at MSG back in December and gets it done on both ends of the court.

I: Jarrett Culver. Great fit next to Jrue, Lonzo, and Zion. Trade Ingram.

I: R.J. Barrett. Good value here if he drops.

G: Coby White. A fine fit in the backcourt next to Zach LaVine.

I: Coby White. Bulls get their point guard.

I: Cam Reddish. Trae will get Cam back on track.

G: Darius Garland. Garland is a good pick here regardless of whether Bradley Beal is traded or not.

G: Goga Bitadze. The most well-rounded and best center prospect in the class.

I: Goga Bitadze. Great fit next to Collins.

G: Bol Bol. Is there anyone besides Anthony Davis who could pull this off?

I: P.J. Washington. Everyone has him going here.

G: Sekou Doumbouya. What do the Celtics have to lose at this point?

I: Nickeil Alexander-Walker. Ainge will hope he is this year’s SGA.

I: Nassir Little. A little risky but worth a shot for Magic here.

G: Nic Claxton. Hawks have had plenty of time to evaluate the Georgia big.

I: Tyler Herro. Take a shot on this talented shooter.

I: Jaxson Hayes. Pick the dropping big before he drops more.

I: Cameron Johnson. Take the shooter and let him shoot.

G: Kevin Porter Jr. A good upside play at this stage of the draft.

I: Grant Williams. Grizzlies get a steal here.

I: Matisse Thybulle. Their Covington replacement.

G: Mfiondu Kabengele. Even with Jusuf Nurkic and Zach Collins, Portland could use another big who can space the floor a bit and defend.

I: Darius Bazley. Add some versatility at the 3/4.

I: Luka Samanic. Got plenty of time to wait on his development.

I: Mfiondu Kabengele. Fits right in when Jarrett Allen is in foul trouble.

G: Talen Horton-Tucker. Even if the Warriors were healthy, a young wing with two-way upside would be the move here.

I: Nicolas Claxton: Should be able to contribute major minutes immediately.

G: Rui Hachimura. Spurs should get the most out of Hachimura.

I: KZ Okpala. A nice ball of clay for their development staff to mold.

I: Rui Hachimura. A nice scoring option at this spot.

I: Talen Horton-Tucker: The RHJ replacement.

I: Carsen Edwards. They could have used him in the playoffs.

I: Jontay Porter. With so many picks they can be patient with his health.

G: KZ Okpala. Enough upside to be a worth a look this late.

G: Admiral Schofield. Big combo forward who gives it all he’s got.

I: Isaiah Roby. Versatile forward that can pass, score, and defend.

I: Admiral Schofield. Tough-nosed and ready to play.

G: Isaiah Roby. Potential floor-spacing 4 who could fit well next to guys like Harry Giles and Marvin Bagley.

I: Deividas Sirvydas. Productive Euro with shooting and size.

I: Joshua Obiesie. Stash and hope he develops his shooting.

G: Bruno Fernando. Bruising big man who could be a decent backup.

I: Jalen Lecque. Enough athleticism here to justify the risk.

G: Darius Bazley. Could be an intriguing small-ball power forward.

I: Eric Paschall. They can plug this versatile big into their rotation.

G: DaQuan Jeffries. Detroit is placing a delivery order for all the wings.

I: Louis King. Can really shoot and not much else.

G: Justin Wright-Foreman. Small lefty guard with good wingspan (6-7) that the Magic might view as the next iteration of Isaiah Thomas.

I: Iggy Brazdeikis. He’s not afraid to take advantage of scoring opportunities.

G: Terence Davis. Harrison Barnes opting out means the Kings would be wise to take a shot on the best wing available here.

I: Jordan Poole. Take their shot at the natural talent.

G: Miye Oni. The Clippers won’t be the only team interested in Oni.

I: Zach Norvell. Trigger happy scorer that can get cooking.

G: Yovel Zoosman. Potential to be a serious sleeper at this point.

I: Yovel Zoosman. Stash and let him marinate in Europe.

I: Tremont Waters. Believe in his improving shooting.

I: Jordan Bone. Worth a flier on this fantastic athlete.

G: Jordan Poole. And so it ends.

G: Dean Wade. Worth a look as a small-ball 4 who can space the floor.

I: Charles Matthews. Someone that could play for the Knicks as a rookie.

I: Bruno Fernando. Once a potential lottery pick, they will hope he commits to defense.

G: Fletcher Magee. NOLA needs to inject some shooting into their veins.

I: DeQuan Jeffries. Add some toughness like they did with Kenrich last year.

G: Alen Smailagic. Draft twitter seems to be speaking it into existence.

I: Alen Smailagic. From Santa Cruz to San Francisco.

G: Terance Mann. Does a little bit of everything.