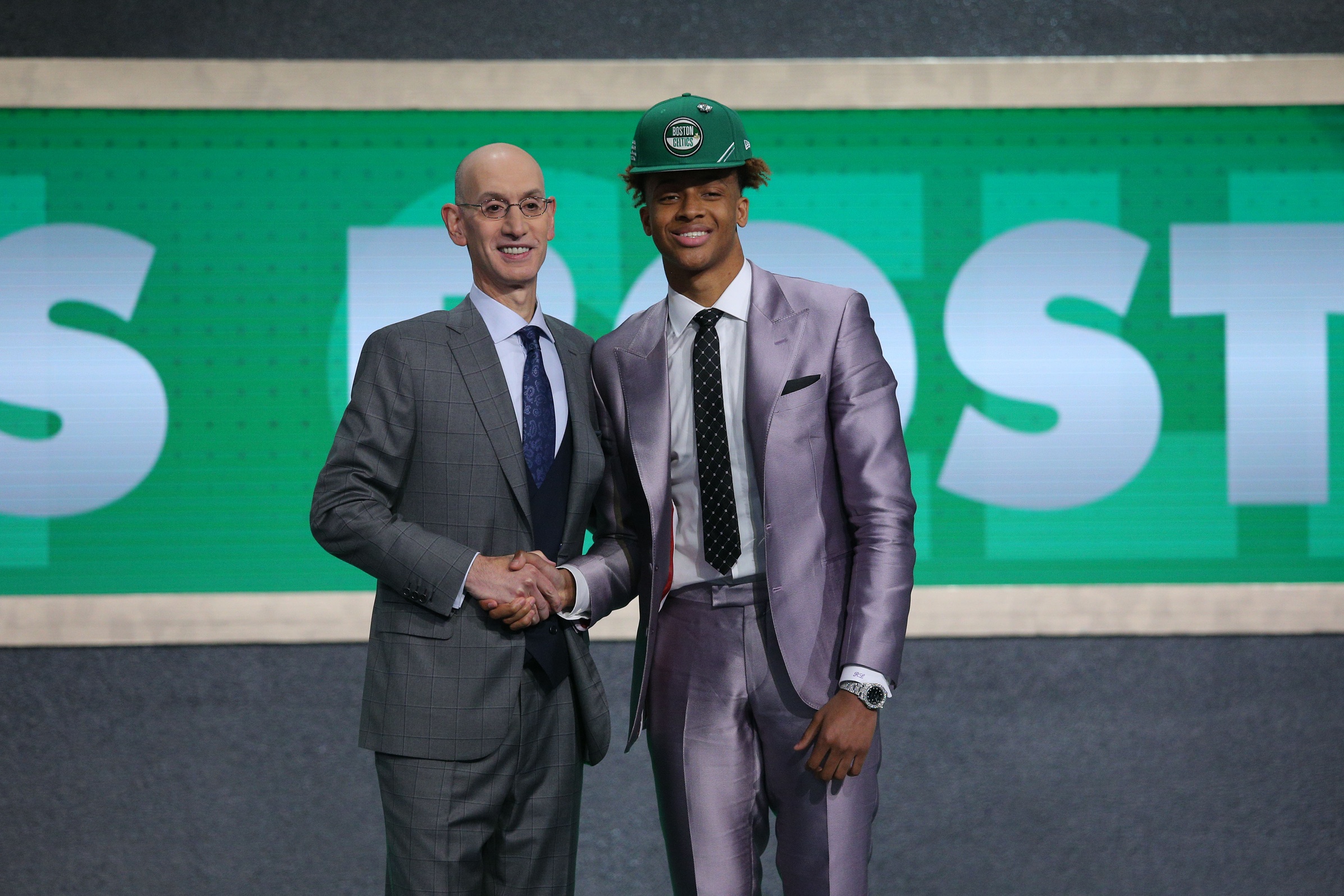 While there was some chatter about the Celtics moving up, they ended up staying at #14 and selecting Indiana small forward Romeo Langford with the first of their three 1st round draft picks.

Smooth and fluid athlete who is at his best with the ball in his hands and shows significant potential pushing ahead in transition and operating out of pick-and-roll. Has strong footwork and body control. Changes speeds naturally with the ball. Good vision and creativity finding teammates.

Shows enough flashes as a defender, passer, rebounder, finisher and shot-maker to leave plenty of room for optimism regarding how his game will continue to round out over time. Has both a relatively high ceiling and floor.

Shot only 27 percent from beyond the arc as a freshman, partially due to the hand injury but wasn’t known as a great shooter coming into college.

Faced a significant learning curve on the defensive end in college. Has substantial potential on that end with his length, quickness and solid instincts, but will have to improve his intensity level, particularly off the ball.

Celtics select Romeo Langford with the No. 14 pick pic.twitter.com/vvulKLQsGV

I’ll be honest, Langford doesn’t move the needle for me. But that’s probably because I’m still pissed off with the team’s new rebuilding status. Here’s hoping he can develop (quickly) a 3-point stroke.

Poor Aron Baynes. Phoenix is miles away from contention. I hope there is a buyout and Baynes can latch on with a playoff caliber team.

As for that Bucks draft pick, it’s going to be in the 28-30 range unless something happens to Giannis. We knew the Celtics weren’t going to make three picks and this allows them to kick the asset down the road.

Grant Williams is a potential steal for the Celtics at no. 22. Williams was the 8th-ranked player on my big board in @ringer's draft guide. Super versatile player on both ends with a PJ Tucker style game. https://t.co/I5QPk3HD6E pic.twitter.com/XZw60l5jmr

What do I like most about Grant Williams? He’s a legit intellect (his mom is a NASA engineer and he passed on Harvard and other Ivy League schools to play for Tennessee) who is convinced the earth is round.

Hmm… does Edwards remind you of another undersized point guard? And might his arrival cement the departure of Terry Rozier?

There appears to be a lot of positive reaction to the Celtics selections tonight. I might not be pissed off for long.