Good Times in Goodyear Blue: Let's Get it Started 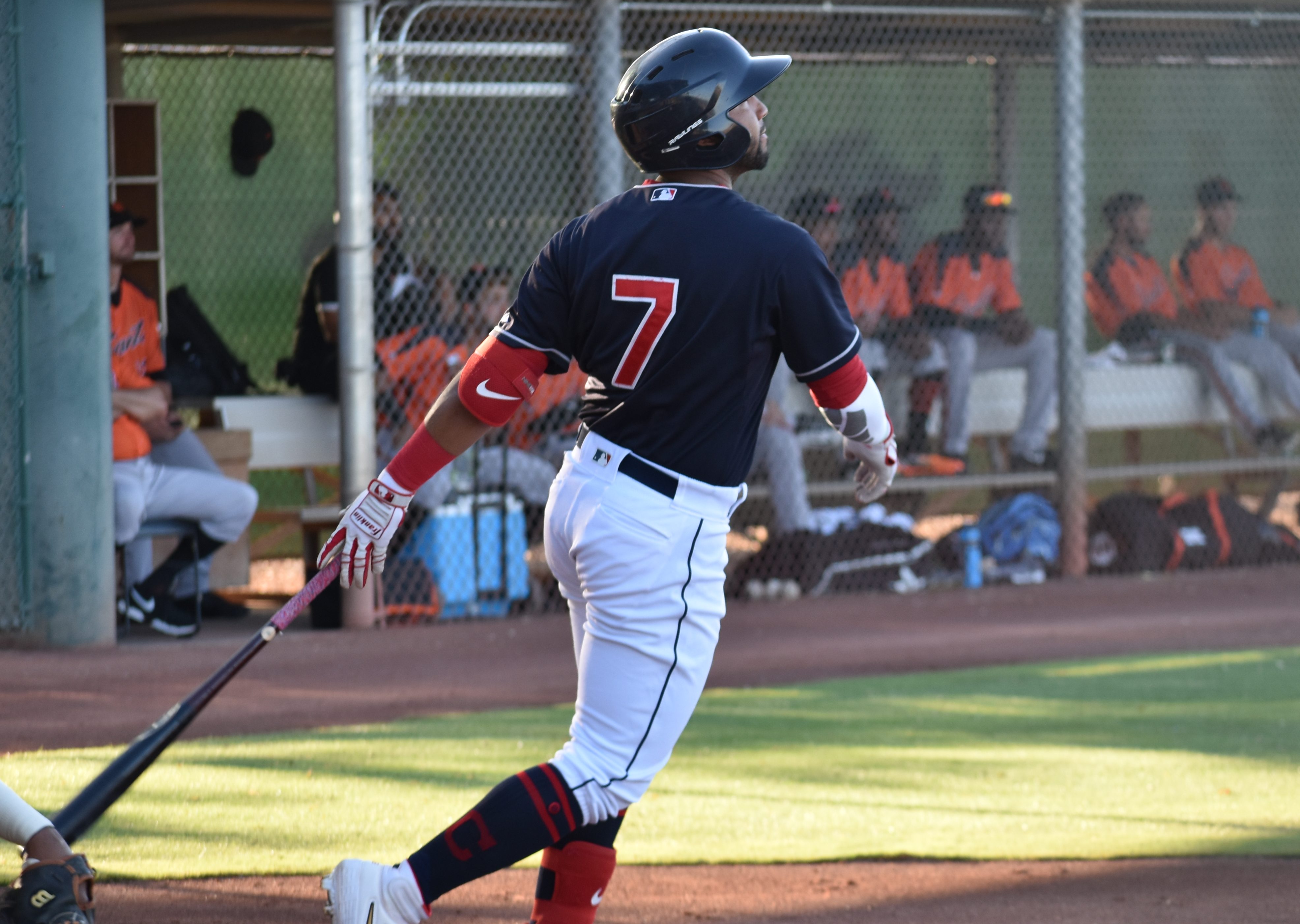 Good Times in Goodyear Blue: Let's Get it Started

It has only been two games, but there’s already a lot to take in for the Arizona League Indians. With that in mind, we’ll start our weekly schedule of recaps with AZL Indians Blue publishing every Thursday and the Red update coming out each Saturday.

Indians Blue started on the road against Dodgers Lasorda, then came home to play Giants Orange and managed a two game winning streak to begin the season. There were a ton of firsts in both games as players began their professional careers. In game one, Julian Escobedo, Aaron Bracho, Joab Gonzalez, Michael Amditis and Austin Pinorini made their debuts with Escobedo and Amditis acquiring their first hits (Escobedo also had an RBI while Amditis’ hit was a double). On the mound, Jordan Jones, Zach Hart, Kevin Kelly and Nate Ocker all pitched for the first time and all got a decision (holds for the first three and a save for Ocker), allowing three hits in four innings between them with seven strike outs and no walks or runs.

Prior to the new group of relievers stepping up, staff ace Luis D. Garcia made an efficient start with three hits allowed in five innings with one run allowed. Garcia was a solid starter for Indians 2 last year and is one of the few pitchers to remain on staff for a second season. He will turn 19 next week.

Providing the offense needed to make the strong pitching performance stand up was the powerful Cristopher Cespedes, who hit his first home run of the season in his first at bat. Cespedes has always shown good power on fly balls, but hit just one home run last year. His major fault has been the swing and miss and he did strike out twice on opening day, then twice more without a hit in game two.

The Indians grabbed two more runs in the second inning thanks to an error, then scored their fourth and final run on the Escobedo single. Jhonkensy Noel had an infield single on the error that ultimately lead to two unearned runs and hit safely again later in the game. Up from the 2018 DSL Indians, Wilfri Peralta also added two hits.

Nearly all the action in this game happened in the first as Wilmer Mejia loaded the bases with none out in the top half before striking out the side. In the bottom half, Giants starter Juan Sanchez also struggled as he walked the first two hitters on ten pitches, then gave up doubles to Bracho and Noel. While there would be further threats by both teams, this ended up being all the scoring except for single runs by the Indians in the bottom of the fourth and the Giants in the top of the fifth.

Mejia continued to pitch into and out of trouble, ultimately getting pulled due to a high pitch count with two outs in the fourth after four hits and a walk. He didn’t allow a run and struck out five. While he wasn’t lights out, the bullpen certainly was. Luis C. Garcia allowed a run on three hits in his US debut, but struck out batters for all four of his outs recorded. Wilton Sanchez then came in and was the most dominating pitcher of the night, striking out six in 2.2 perfect innings. Maiker Manzanillo earned the save on rehab assignment from Lake County with two more strike outs in the final 1.1 innings.

While this was a good game overall and has been a good start for AZL Indians Blue, there was one potentially extreme negative from game two. When trying to take second on a very odd play where the third baseman deflected a ball into center field, Jesus Maestre was tagged out and removed from the game due to injury. It was a hard, awkward slide into second and Maestre left the field with his hand wrapped. He was then replaced as the third baseman by Makesiondon Kelkboom.

While he hasn’t officially played in the US prior to this season, Maestre was one of the most exciting players for the Indians during extended spring training in every facet of the game. There is no official word out Maestre yet.