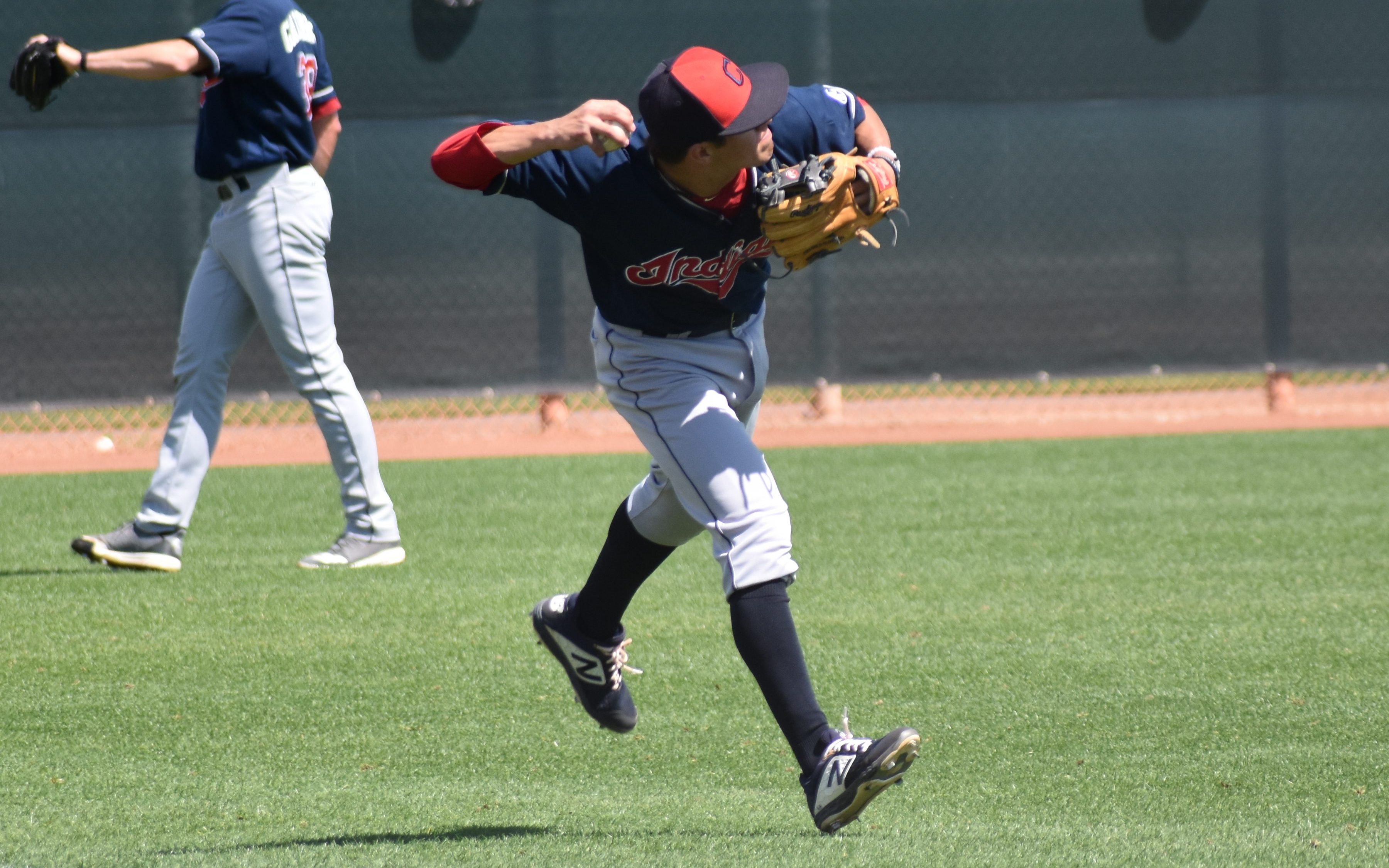 While we still have about a month until the MLB All-Star Game is played in Cleveland, both class A and high A had their mid-summer classics earlier this week. For the Carolina League, Lynchburg was represented by Juan Hillman, Nolan Jones and Oscar Gonzalez while the Lake County Captains had Tyler Freeman, Manuel Alvarez and Will Benson play for the East in the Midwest League. While this is an honor in itself, when play restarts there are expected to be quite a few changes to the rosters of those two teams.

To start, Freeman will be heading to Lynchburg where he will assume the role of starting short stop. Ranked the #3 prospect in the Indians system by BurningRiverBaseball in 2018, Freeman has been an above average hitter at every level he has played so far, but this will be his first mid-season promotion in his three years with the team. Freeman is a good defender and base runner, but his real stand out point is his high contact rate. He rarely strikes out and has a .319/.388/.459 career line in 169 games. While that is certainly good enough, he has drastically improved his walk rate in 2019 without hurting any other part of his game.

With a good walk rate to maintain his OBP even when he is being crushed by BABIP as happened last year, insane power, incredible speed (18 steals in 20 attempts this year) and a strong arm in right field, Benson has a chance to be a true five tool player. After his rough 2018, Benson fell in the BRB prospect rankings from #10 to #25, but there is no question that he will be back in the top 10 in 2019.

The third position player to jump from Lake County to Lynchburg isn’t as big of a name as the first two, but has quietly impressed at every level so far. Mitch Reeves is listed as an outfielder, but has played a majority of the time at first base, where he is a good defender. Reeves was promoted to Lake County late last season and has hit .262/.359/.410 in his 71 games in A ball. While he doesn’t have the MLB projections of Freeman or Benson, he was ranked the #40 prospect in the Indians system last year and should find continued success in high A.

Morris pitches for the Indians in extended spring training while on rehab assignment. – Joseph Coblitz, BurningRiverBaseball

Finally, Cody Morris is just flying up the system after missing all of his rookie season with injury. He struck out 56 in Lake County in 45 innings with just 10 walks after rehabbing in extended spring training and is already set to join Lynchburg. He is currently averaging less than five innings per start, but look for that to increase as he returns to full strength. He pitched exactly five innings in each of his last four starts.

Morris impressed me in extended with his velocity differential, throwing a fast ball in the mid 90’s and his breaking pitch in the low 80’s. Taken in the 7th round last year, Morris could be a steal that was overlooked due to his 2018 injury.

Of course, with every promotion there is a corresponding demotion or cut and, while we’ll ignore the demotions, it is important to note the players who are no longer going to be with the franchise. Lefty Matt Whitehouse was released on June 17th and has already signed on with Colorado. Jose Vicente and Gabriel Mejia were released on June 19th as well, essentially paving the way for Reeves and Benson in high A, although Mejia had been demoted to Mahoning Valley prior to the release.

Vicente was a catcher turned first baseman who wasn’t able to continue the power shown in Lake County when he moved to Lynchburg. I will admit that Mejia is the most I’ve ever been wrong about a prospect as I got caught up in his 112 steals in his first 129 games. The problem with Mejia was that his only skill was speed and hamstring injuries in 2017 and 2018 sapped him of that. Without that speed, Mejia lost his value on defense and the bases and his cut was inevitable.

Engelmann breaks out of the box on a hit against Cincinnati during 2019 extended spring training. – Joseph Coblitz, BurningRiverBaseball

Replacing Reeves and Benson in Lake County will be two more deserving players, Jonathan Engelmann and Cody Farhat. Farhat missed most of the 2018 season, but was good once he got into the line-up and had an electric start to the season with Mahoning Valley, hitting .500/.692/.875 in the extremely small sample size of three games.

Engelmann has had some injury issues in his first two seasons, possibly costing him starting the season in Lake County this year, but after coming back in extended spring and transitioning from the outfield to first base he is ready to head there now. Engelmann brings surprising speed on the bases, decent power and a great awareness of the strike zone which allows him to have a high contact rate. In many ways, he is similar to Reeves, who he will be replacing.

While not a promotion, it is worth noting that Yu Chang has finally returned from the injured list and hit a home run in his first at bat back. While everyone else listed here is in the Indians of the distant future (2021 and beyond) category, Chang is a player who could help the Indians now. With few strong right handed bats in Cleveland, there is a high probability that, if he had been healthy, he would already have been promoted to Cleveland. He needs some time to get back up to speed, but once he does, he could replace Mike Freeman on the Indians roster.

Chang isn’t the typical short stop like Freeman, but brings serious right handed power along with his ability to play second, short and third. His ceiling may be utility man at the big league level, but that is exactly what the Indians need right now. Should he be promoted, Chang would be a good platoon partner for Jason Kipnis and could replace him entirely in 2020 when Kipnis becomes a free agent.