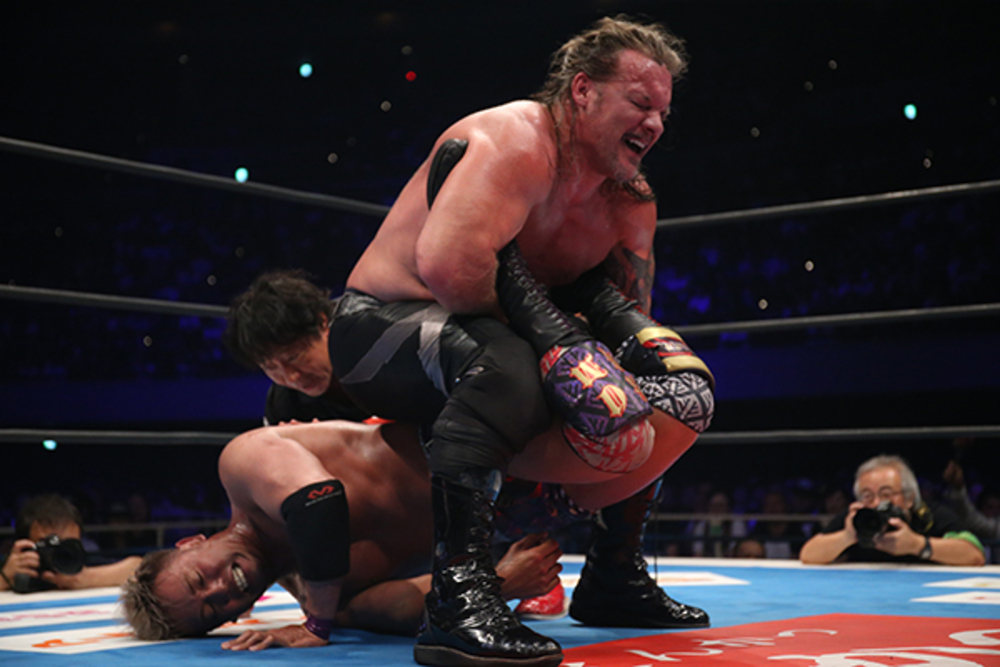 Since his departure from WWE, which primarily kept him at a midcard role while he was there, Chris Jericho has certainly revived his career as a top pro wrestling talent. After stating in several interviews that he would not compete anywhere outside of WWE, Jericho rescinded this statement when the opportunity came for him to compete against Kenny Omega at Wrestle Kingdom 12.

Jericho’s match against Omega was well-received, and caused him to continue expanding building a wrestling career outside WWE. This led to his next opposition, Tetsuya Naito, which also led to an IWGP Intercontinental Championship match at Dominion 6.9 in 2018. Jericho won this match, and the title, and retained it for seven months before losing back to Naito at Wrestle Kingdom 13.

Jericho has made clear of his intentions to stay competing in NJPW, as he faced Kazuchika Okada for the IWGP Heavyweight Championship at Dominion 6.9, but was unsuccessful.

"Is Okada in the G1? Is Tanahashi in the G1? If they're in the G1 maybe I'll show up.." ~ @IamJericho #ChrisG1icho #NJPW #NJDominion #AXSTV pic.twitter.com/XZ6m1M7ikp

During Dominion 6.9, names such as Jon Moxley and KENTA announced that they will be participating in the annual G1 Climax tournament to determine who will be the number one contender at Wrestle Kingdom 14.

Although Jericho teased entry into the G1 Climax, the Wrestling Observer Newsletter reports that he will not be a part of the tournament. This is due to it being not cost effective enough because of his price, and he does not want to be seen as a regular.

In addition to competing for New Japan, Jericho is a roster member of the upstart All Elite Wrestling promotion, defeating Kenny Omega at their first pay-per-view, Double or Nothing.

Jericho also confirmed that he is no longer an independent contractor, but an employee of AEW, criticizing the structure that WWE has towards their wrestlers.

Contrary to his last few appearances in WWE, Chris Jericho has been very calculated in making sure that his brand does not feel oversaturated. As a result, his current appearances feel much more important and special to fans.