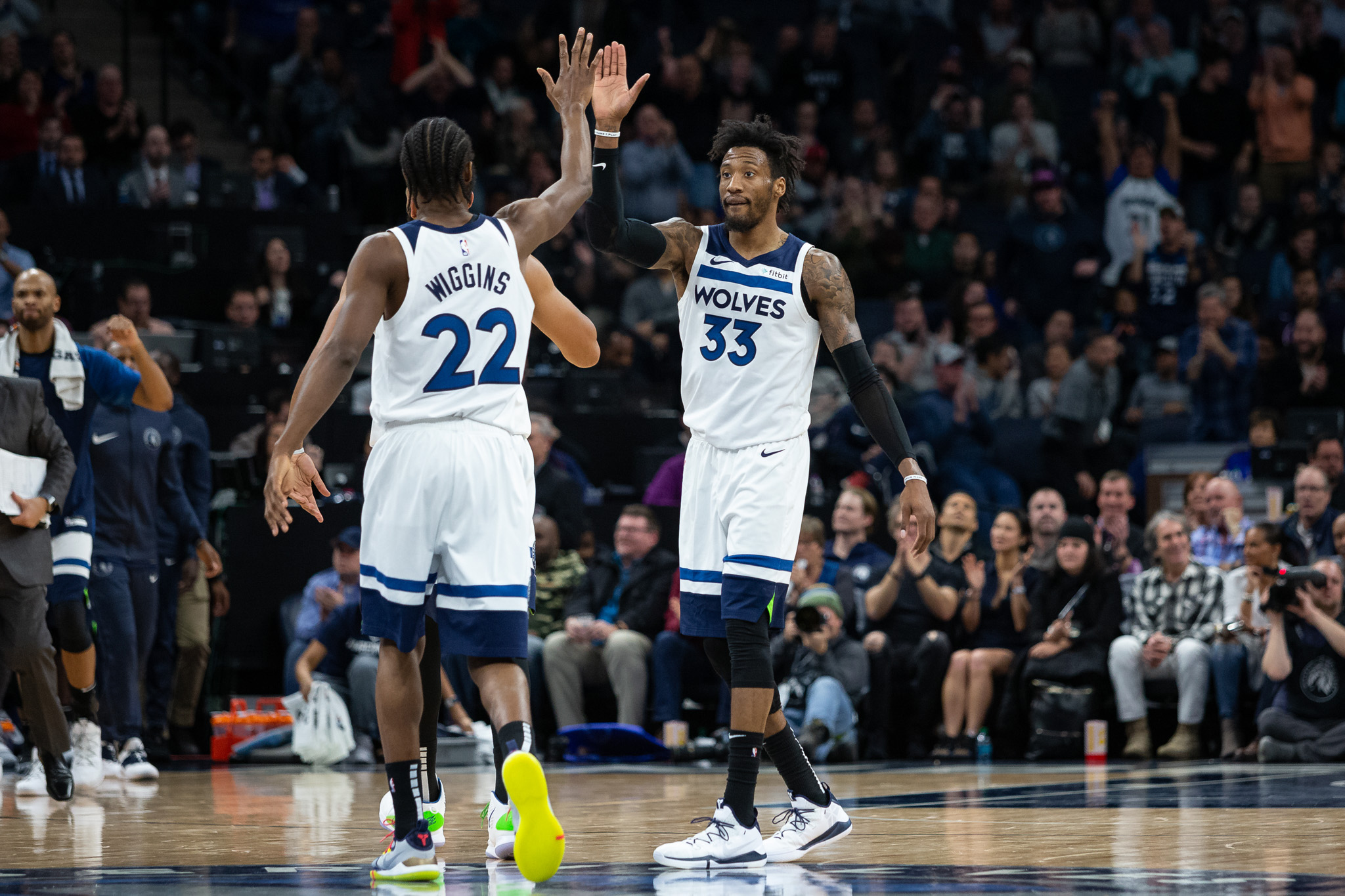 It’s officially one of the most exciting days in the NBA: Draft Day. As of now, the Minnesota Timberwolves hold the #11 and #43 selections in tonight’s draft. Let’s answer some questions from the fans on Twitter!

Can Bol Bol be a good fit to our team? I mean we can slide KAT to the 4 and develop Bol Bol into a great player.

Bol Bol is the most polarizing prospect in this year’s draft. With top-five potential, Bol would be considered a high pick if it wasn’t for his injury concerns. I have Bol ranked #10 on my 2019 NBA Draft Big Board (he would be top-five if not for the injuries). I would love to add Bol Bol to the team, but I think it would only be an option if we move down in the draft. I don’t see Rosas taking Bol at 11, especially with the unclear fit next to Towns.

Related to the fit next to Towns, it isn’t great, but it could work. If Bol turned into a solid player, that would mean KAT moving to the four, where he would have to guard smaller, quicker players. Of course, teams can never have enough talent in the NBA, and with his sweet touch, Bol Bol is talent. If the Wolves move down, I would be looking at a prospect with one word, two times: Bol Bol.

How can we explain to people there is no way another team will take on Wiggins contract. #FactsMatter #ThisTeamIsDoomed

There is no way to explain it. The previous regime gave Wiggins a max contract coming off a season where he averaged 23.6 PPG on 45.2% shooting from the field and 35.6% shooting from three. The fact is, there were fans in town that didn’t want to include Wiggins in a trade for Kyrie Irving that summer. That’s how sold people were on Wiggins being the next big thing in the NBA. Fast forward two years, and we are talking about attaching an asset to dump his salary. Wiggins will be going into his second year on his max contract, with four years and over $122M remaining.

I think the Wolves could actually get off of Wiggins’ contract, but they would either have to take money back, or send another asset with Wiggins. Is it worth getting rid of Wiggins’ contract if we have to send the 11th pick or Josh Okogie with him? What kind of free agents are the Wolves attracting to the land of 10,000 blizzards anyway? I think the Wolves will just hang onto him and hope Saunders and the new staff can get more out of him.

That’s not a lot, especially when we’d ideally build a core around KAT, Covington, and Okogie. But, the Wolves are trying. There has been talk of them trying to get all the way up to #4, but getting up to #6 seems more likely, with Coby White likely being the target. Here’s what a trade with the Suns could look like.

Timberwolves get: #6 Pick, Tyler Johnson (if he accepts his player option)

The trade is nothing too fancy. If the Suns strike out at acquiring a different veteran point guard, they could look at Teague as an option, who is still a solid player when he’s healthy. The Wolves would likely have to take Tyler Johnson back to match the salary if he accepts his player option, which he almost certainly will. This type of trade seems more plausible and less risky than a trade up to #4 with the Pelicans.

Would you rather trade up for Darius Garland or trade some salary away and go for D'Angelo Russell?

That’s a tough one. I have Darius Garland as my seventh ranked prospect this year, but that’s mainly due to his lack of playing experience in college from injury. We already know what the Wolves would be getting in Russell. Check out this recent article on why Rosas should swing for the fences on Russell.

The more likely scenario is probably Garland, because he’s not a restricted free agent. D’Angelo Russell can choose where he wants to go, unless the Nets match the contract, which might be more likely now that they aren’t certain on getting Kyrie Irving by himself. Solely based on the player, I would rather have Russell, but the path is easier to get Garland.

Thoughts on Andrew joining Team Canada for the World Cup in China?

Although there was a report that Wiggins will be playing for Team Canada this summer, Rosas said at his pre-draft presser that they haven’t been told anything for sure yet. I’m not really sure how to feel about it. On one hand, playing this summer would likely cause wear and tear on Wiggins’ body towards the end of next season, but playing in competitive games is better training than in a gym on his own. Either way, the Wolves would probably rather have him avoid it to miss the chance of a summer injury.

What are your opinions on the Gonzaga prospects?
Hachimura and Clarke, should we draft one of them as we only have Dario as a PF.

You can read my two-paragraph scouting reports on each of them here, but I actually have Hachimura ranked over Clarke. Hachimura is one year younger than Clarke, and he has only been playing basketball for 8 years. I see a lot of Hachimura’s weaknesses as something that will improve with NBA experience. He improved a lot over his three years at Gonzaga, and I see him taking big steps again in the NBA.

Do you think Rosas has the ability to turn this franchise around?

I like what Rosas is doing. I know culture is a commonly used word when a new boss comes into town, but there is clear evidence of Rosas changing the culture. Rosas has helped Saunders bring in players to workout this summer, something we haven’t seen in the past. Along with that, he’s building a young, modern front office and coaching staff. His openness in the media has also been a nice sign, as he understands the community part of the job. Time will tell, but I have loved everything Rosas has done up to this point.

That wraps up the questions from Twitter. Here are a couple more thoughts from me as we approach draft time.

Taking the temperature: Would you move RoCo + 11 for 4 and Hill? #Twolves #AllEyesNorth

Darren Wolfson tweeted out this poll not too long ago on Twitter. I get the sense that he has some knowledge of this being discussed, even though I cannot confirm that. As for my opinion on this trade, I would try as hard as possible to hold onto Covington, especially when we would be taking back Hill’s contract anyway. I see Covington as part of the Wolves future. He fits in perfectly on the wing next to Towns, and RoCo is under contract for another three years at just $12M per year.

If possible, I would see if we can convince New Orleans to take Saric and Okogie instead of Covington. Saric is coming up on a payday, and I don’t know that the Wolves can give that to him unless he proves himself as the right fit next to Towns. Okogie had a promising rookie season, but his shot needs to improve. Okogie is on a rookie-scale contract which is very team friendly, but I’m still hanging onto Covington over Saric and Okogie. Yes, Rosas should be aggressive and go get his guy if he thinks Garland has All-Star talent, but I would be hesitant to give up on one of the best 3 & D guys in the league who’s on a team-friendly deal.

My sense is the Wolves will try as hard as possible to move up in the draft. But, if the right offer isn’t there, I think they will do whatever it takes to move down in the draft. Now, if someone like Sekou Doumbouya is still on the board at 11, they might stay put and take the French forward who spent extended time in Minnesota during the pre-draft process. However, in a deeper draft than most think, I believe Rosas would love to get off a contract and move down, or acquire additional assets and move down. Remember, those additional assets could always be used to make a stronger play for a D’Angelo Russell sign-and-trade this summer.