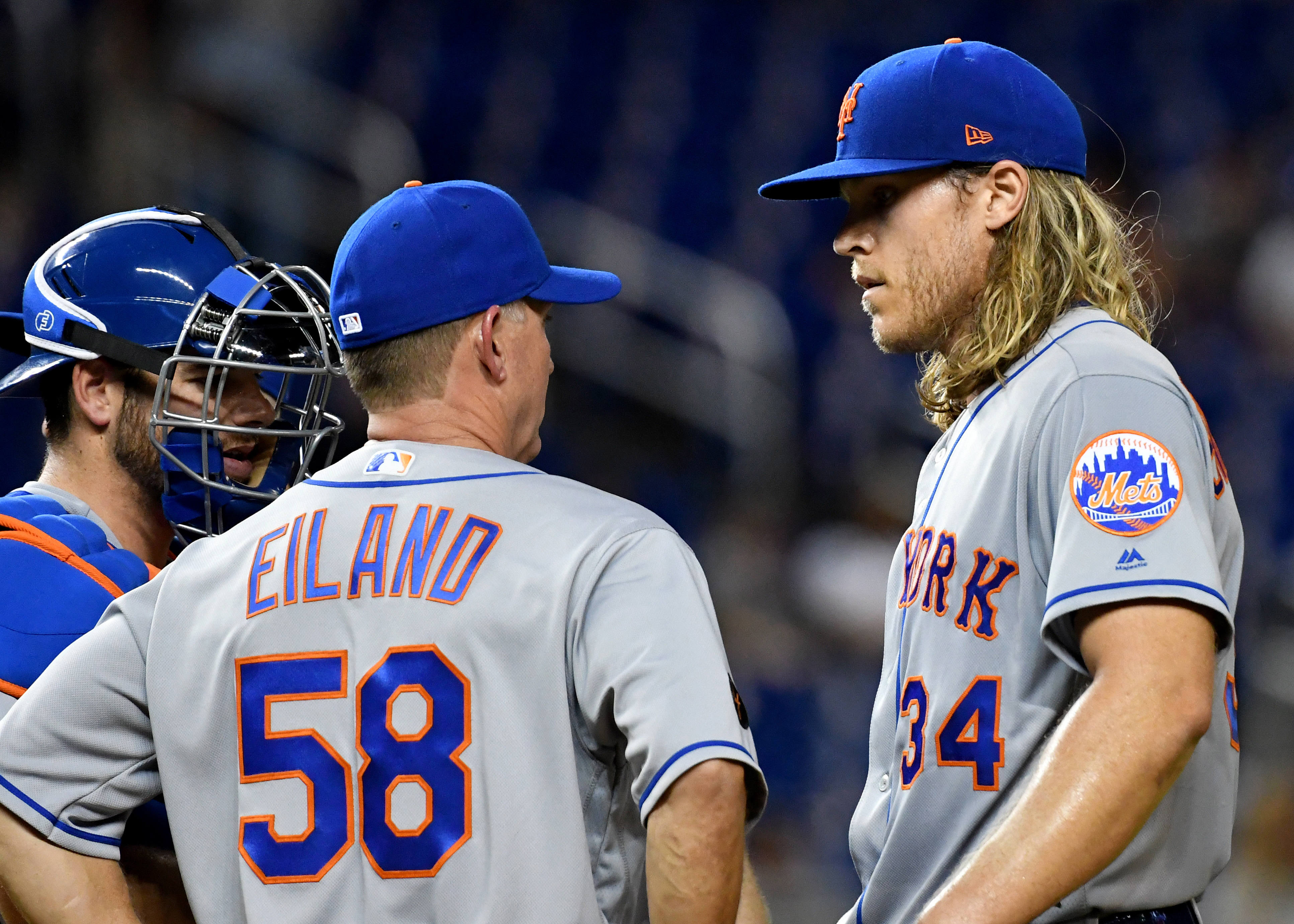 The New York Mets dropped a bomb yesterday when they fired respected pitching coach Dave Eiland, along with bullpen coach Chuck Hernandez, in response to the team’s poor start. In terms of pure results, the Mets could justify firing Eiland with the pitching staff being the team’s weak link, but that logic is shortsighted. Just a year ago, the Mets had a 4.07 ERA as a team and Jacob deGrom won the Cy Young Award with a historic performance, and its hard to believe that Eiland suddenly forgot how to coach.

There have been varying reports about why Eiland was fired, with some sources citing a disconnect between him and the analytically inclined folks in the front office and others suggesting he was difficult to work with. The Mets’ pitchers came out yesterday in defense of Eiland, with deGrom, Seth Lugo, Robert Gsellman, and Jason Vargas among others admitting they were shocked and surprised about the firing. Lugo went as far to say that he took it personally, feeling some responsibility for getting Eiland fired.

That sentiment isn’t wrong, but it shouldn’t apply to Lugo, who has been one of the (very) few dependable arms in the Mets’ bullpen. The Mets have seen a parade of subpar pitchers come through the bullpen this season, with the likes of Chris Flexen, Tim Peterson, Daniel Zamora, Brooks Pounder, Luis Avilan, Tyler Bashlor, and Drew Gagnon being asked to get big outs. Asking Eiland to take that group of mediocre arms and turn it into a winning bullpen was a tall order, and he paid the price for it with his job.

It’s hard to justify firing a pitching coach like Eiland after just a year and a half, especially when some of the pitchers had tremendous success under him a year ago, but it is the Mets’ way to shift blame instead of trying to find an appropriate solution. General Manager Brodie Van Wagenen essentially passed the buck when asked why Eiland was fired yesterday, calling it an “organizational decision”, but this is nothing new for the Mets the past several years.

Mickey Callaway is still safe for now, but that is largely because owner Jeff Wilpon has been his biggest backer.

Source says Jeff Wilpon remains as Mickey Callaway’s biggest backer in the organization, making it unlikely the manager will be fired in season unless this year becomes a complete fiasco.

The Mets haven’t been shy about shaking up the coaching staff, however, with Callaway now on his second pitching coach, second hitting coach, second bench coach, and third bullpen coach. Sandy Alderson, who was battling cancer at the time, was also thrown under the bus by Wilpon at a press conference last year for that team’s struggles.

Good organizations try to find solutions to their problems, while bad ones try to shift blame and find someone to take the fall for their failures. The Mets tried tossing Eiland and Hernandez overboard yesterday as if replacing them with 82-year old Phil Regan and the returned Ricky Bones will magically make a group of bad pitchers start to perform better. The fan base clearly didn’t buy it, however, and this move is clearly a precursor to Callaway being the next one to go if the Mets’ struggles continue.

No one is saying Callaway is a fantastic manager, but he also is not to blame for how poorly the roster was constructed. This falls on Van Wagenen, and also on ownership, which has consistently failed to give the front office the depth of resources it needs to put together a complete team. Instead of truly pursuing winning, the Mets tend to create the illusion of winning, where if everything goes just right fans can see a path to the playoffs.

If things go wrong, the Mets act shocked and fire coaches, managers, and GMs as if they’re the reason things didn’t go way. The one constant in this equation has been the ownership, and when it comes to the Wilpons (particularly Jeff) there always seems to be someone else to blame when the time comes to explain why the season is over before the All Star Break. As long as this culture of blame shifting continues, the Mets will simply be a mediocre franchise that will never find a way to win consistently. That is a shame because the loyal fan base deserves much better than what they have gotten.