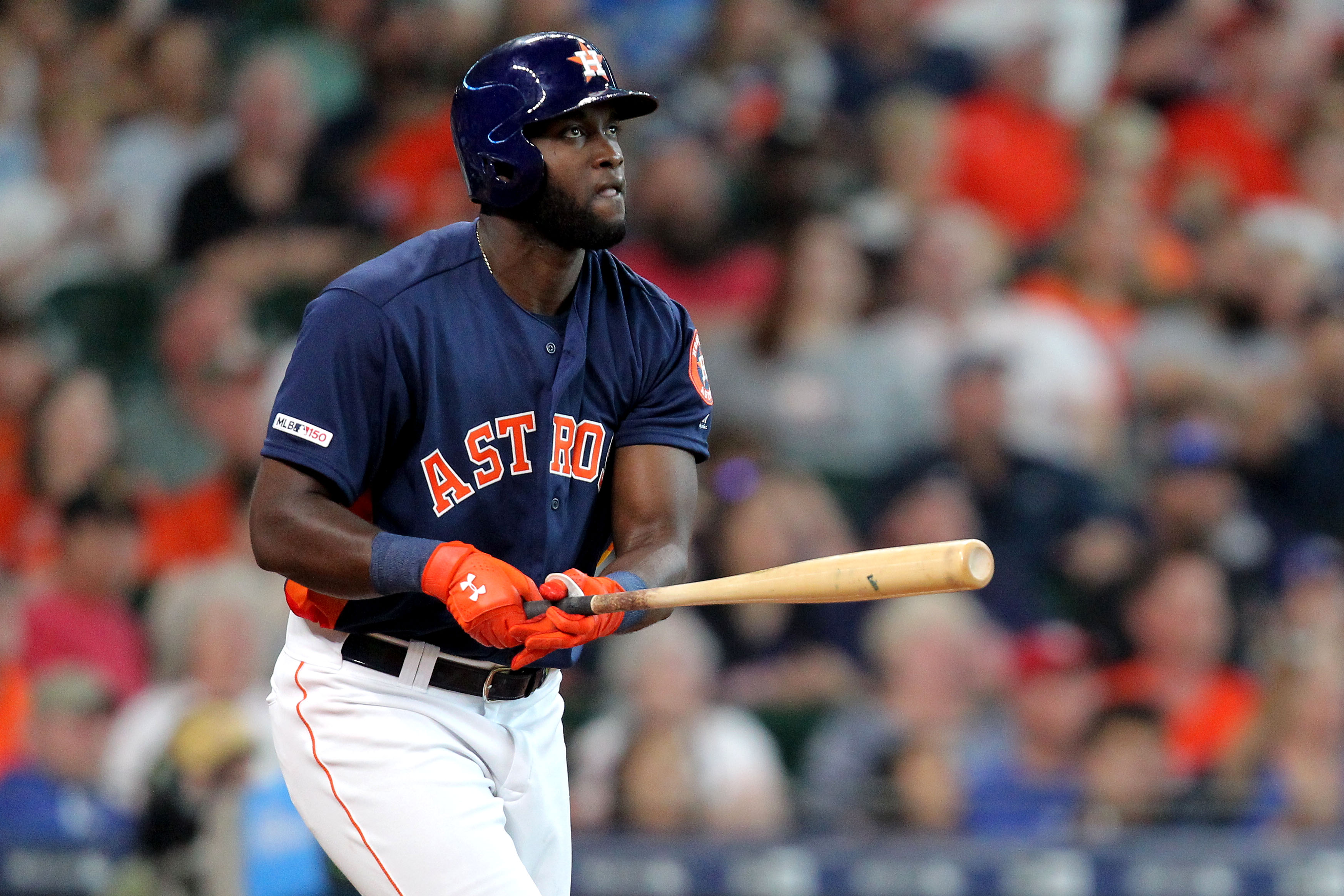 The Houston Astros didn’t necessarily need another offensive stud inserted into their lineup, but as they say, the rich get richer when it comes to slugger Yordan Alvarez.

Manager A.J. Hinch’s squad is entering Friday’s action with a team wRC+ of 119, which is tied with the Minnesota Twins for the best in baseball. On the surface, this isn’t shocking when taking a look at their loaded lineup. With guys like Michael Brantley, Jose Altuve, Alex Bregman, Carlos Correa, and George Springer stepping into the batter’s box on a daily basis, Houston is bound to be one of the league’s best offensive units.

Part of this is due to their incredible depth, which Alvarez has proved since making his big-league debut. He’s accrued just 41 plate appearances in the majors and is the proud owner of a .343/.439/.829 triple slash, which has led to a 230 wRC+ and 0.7 fWAR.

This impressive start also includes a 14.6% walk rate, a 58.3% hard-hit rate, five home runs, 11 RBI, and nine runs scored. Most of the headlines he’s grabbed at this point have been related to his propensity for hitting homers:

Yordan Alvarez is just the 4th player since at least 1908 to hit 4 homers in his first 5 career games (Story, Puig, M. Jacobs). pic.twitter.com/Cecxp2goAS

Yordan Alvarez is the only @Astros player EVER to hit a HR in each of his first 2 career games. pic.twitter.com/g63xYyhyS3

Even if the ball doesn’t travel all that far, he still makes sure to get his money’s worth.

It's the Astros' hardest of the year. pic.twitter.com/czNK8rsl2E

While the frequency of the homers he’s hit is eye-opening, this is something he’s been doing for a while. Prior to his call-up, Alvarez had collected 23 home runs and 71 RBI in just 253 plate appearances against Triple-A pitching. So, it’s more a continuation of his domination than anything else.

He’s combined that insanely high hard-hit rate with a 45.8% fly-ball rate (and 0.0% infield-fly rate), 37.5% line-drive rate, and 16.7% ground-ball rate. These numbers will certainly normalize to a degree as he gets more playing time, but it’s amazing nonetheless. And interestingly enough, most of his damage has come against changeups (657 wRC+) and sliders (457 wRC+).

Alvarez will likely not keep up this pace moving forward as the league continues to adjust to his tendencies. Either way, it’s just a testament to the kind of depth the Astros have created within their farm system, which will only continue to benefit them within their current window of contention.