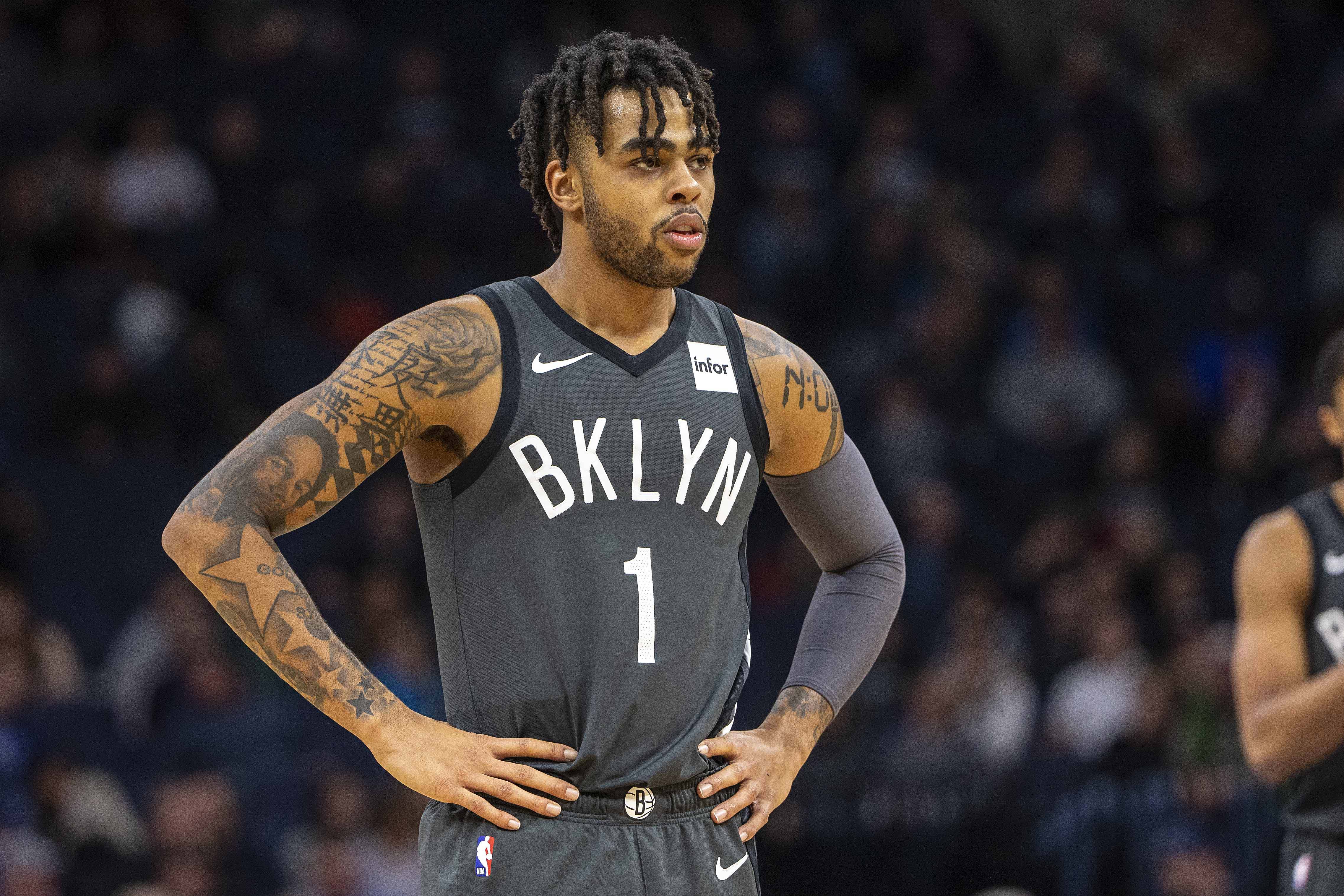 With all signs pointing to unrestricted free agent Kyrie Irving joining the Brooklyn Nets, it seems more likely than not that D’Angelo Russell will be playing elsewhere next season.

Earlier this month, Shams Charania of The Athletic reported that the Utah Jazz, Orlando Magic, Minnesota Timberwolves and Indiana Pacers are interested in the restricted free agent point guard.

Out of the four teams listed, the Jazz have already found their starting point guard as they traded for Mike Conley Jr. earlier this week.

However, when it comes to the Timberwolves, they could be a dark horse candidate to land Russell this offseason.

According to ESPN’s Zach Lowe, Minnesota has relayed to the rest of the NBA that they believe that they have a path to sign the former Ohio State standout.

“There has been a lot of Minnesota (signing) D’Angelo Russell noise,” he said (h/t RealGM). “And it’s not all Karl Towns commenting on Instagram because they’re friends. Minnesota has communicated to the league, not the NBA league, just the league at large that they believe they have a pathway to get D’Angelo Russell.”

“I can’t see what it is because they’re capped out and they have all of these contracts nobody wants, but they’ve communicated that.”

A lot of people thought that the Timberwolves were going to try to get their point guard of the future after they traded the No. 11 pick and Dario Saric to the Phoenix Suns for the No. 6 pick.

However, with the sixth overall pick, they went ahead and selected Jarrett Culver out of Texas Tech.

In fact, Jon Krawczynski of The Athletic reported that Minnesota was trying to acquire the No. 4 overall pick from the New Orleans Pelicans. But New Orleans wanted the No. 11 overall pick, Robert Covington, in exchange for the pick and Solomon Hill.

Therefore, if the Wolves realistically want to bring Russell on board, they have to find a way to move the contracts of Jeff Teague, Gorgui Dieng or Andrew Wiggins.

On Thursday, Jake Fischer of Sports Illustrated reported that the Timberwolves have been actively exploring options to move Wiggins’ contract.

The 24-year-old forward is going into year two of a massive five-year, $147 million contract extension. Wiggins is scheduled to make a base salary of $27 million next season per Spotrac.

That being said, if the Timberwolves are somehow able to find a taker for Wiggins’ contract, they could have the room to sign Russell to a max offer sheet worth $117 million over four years.

This past season for the Nets, Russell averaged a career-high across the board with 21.1 points, 7.0 assists, and 3.9 rebounds in 30.2 minutes per game.