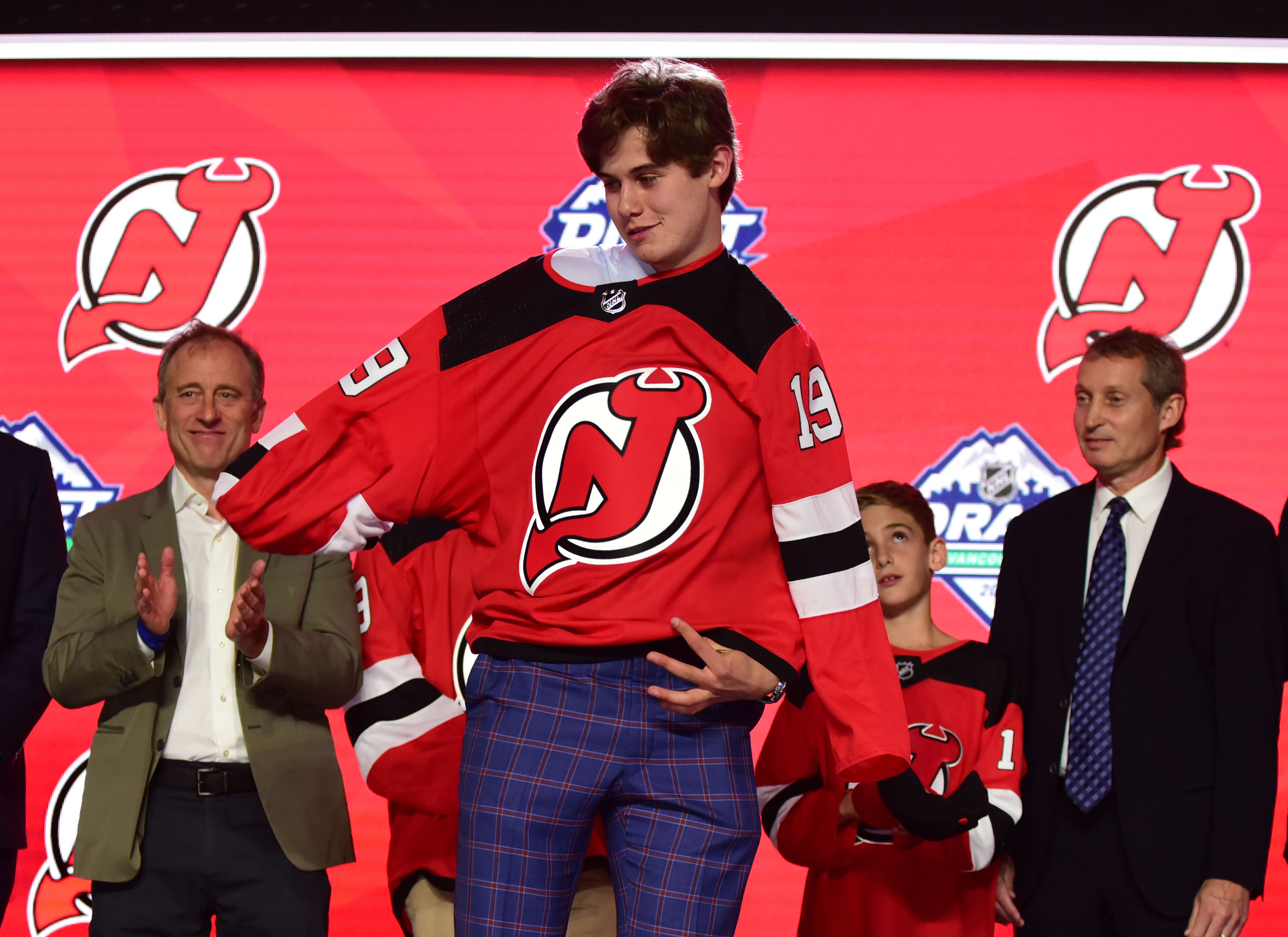 Jack Hughes of Orlando, FL has been selected first overall by the New Jersey Devils in the 2019 National Hockey League Entry Draft from the Rogers Arena in Vancouver, British Columbia on Friday evening. Hughes, a center, becomes the eighth American in NHL history to be selected first overall, and second from a sun belt state in four years as in 2016 the Toronto Maple Leafs drafted Auston Matthews of San Ramon, CA first overall. Even though Matthews was born in California, he was raised in another sun belt state as his family moved to Arizona when he was very young.

The other six Americans to be selected first overall were Brian Lawton of New Brunswick, NJ by the Minnesota North Stars in 1983, Mike Modano of Livonia, MI by the North Stars in 1988, Bryan Bedard of Woonsocket, RI by the Ottawa Senators in 1995, Rick DiPietro of Winthrop, MA by the New York Islanders in 2000, Erik Johnson of Bloomington, MN by the St. Louis Blues in 2006 and Patrick Kane of Buffalo, NY by the Chicago Blackhawks in 2007.