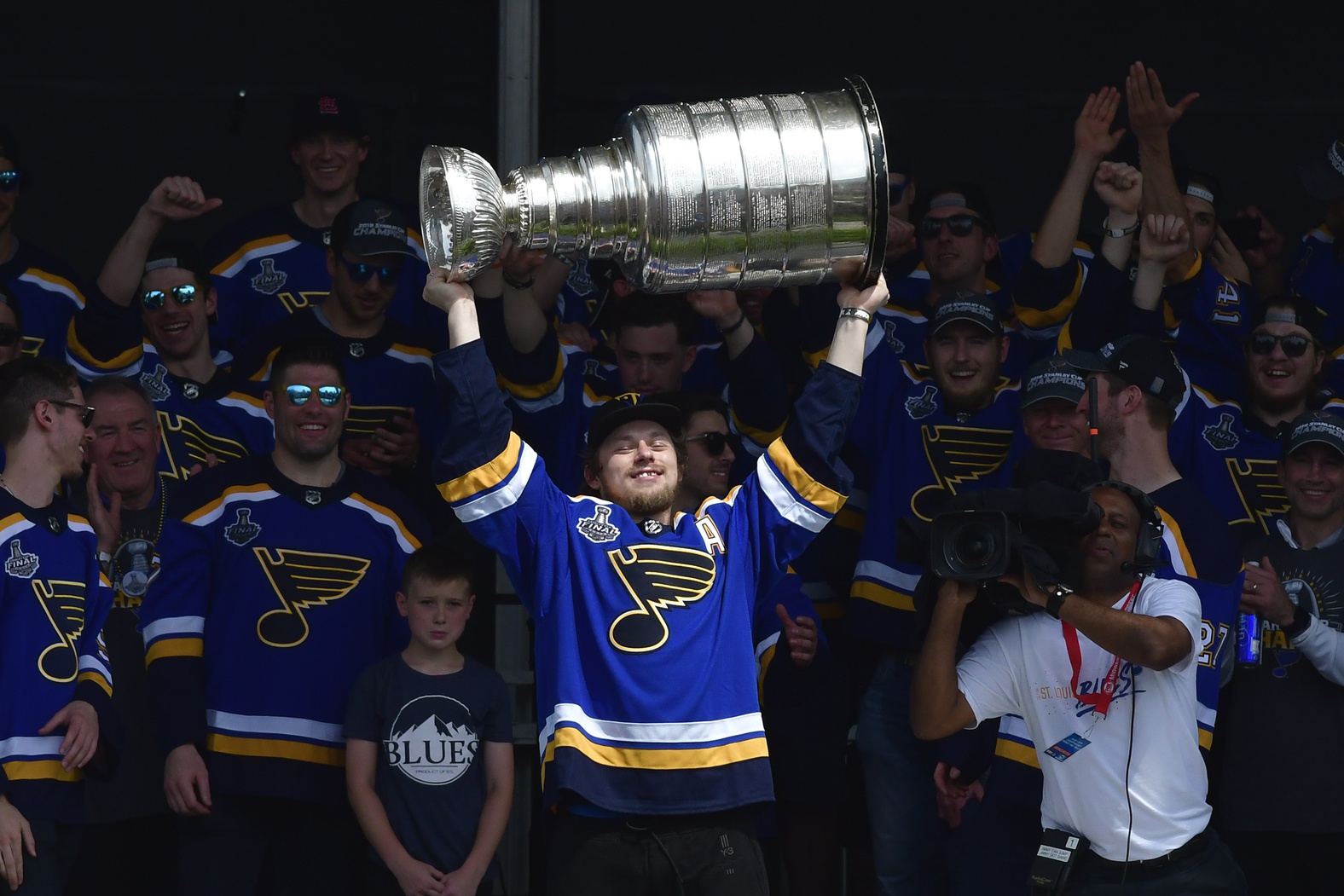 The St. Louis Blues will officially begin their 2019-20 season at home on October 2nd against the Washington Capitals. The game will feature a banner raising ceremony (crazy, right?) and a special matchup between the two most recent Stanley Cup champions.

The NHL as a whole has already moved on to the upcoming season with the NHL Entry Draft, lots of free agency talk and even a handful of trades. Meanwhile, Blues fans are still soaking in a dream that continues to feel pretty surreal. But, eventually it’s time to put the celebratory beer down (yeah right) and start talking about 2019-20.

Not-so-bold prediction: The 2019-20 season will be a season where Blues fans won’t really care what happens. Yes, we will get excited when they win and a bit bummed if they lose, but no one should lose any serious sleep given how much fun and how crazy things ended this season.

The good feelings and positive vibes should extend well into 2019-20. Can we really be that mad if the Blues only have a good-to-mediocre season after finally winning it all in 2018-19? Will a Stanley Cup hangover really matter since it means the Blues actually won it all? They might have a free pass beyond the upcoming season if we’re being honest. How long will the good will last after 50+ years of pain and disappointment? Probably a pretty long time.

Now, no one wants to see a dumpster fire that lasts all season long. That’d be an embarrassing way to go down as the defending Stanley Cup champions. The Blues will hopefully represent themselves well in their first time as the reigning champ.

That being said, the 2019-20 season might be the most inconsequential season in Blues history. All of the “maybe next year” and “one or two pieces away” talk has been killed and buried. The Blues reached the summit and achieved what felt like an impossible goal. It kind of feels like everything is gravy for the foreseeable future.

We will still talk about all of the transactions, roster changes and eventual play on the ice when the time is right. For now, it’s still a time to stock up on merchandise and try to track down the Stanley Cup as it starts its journey this summer.