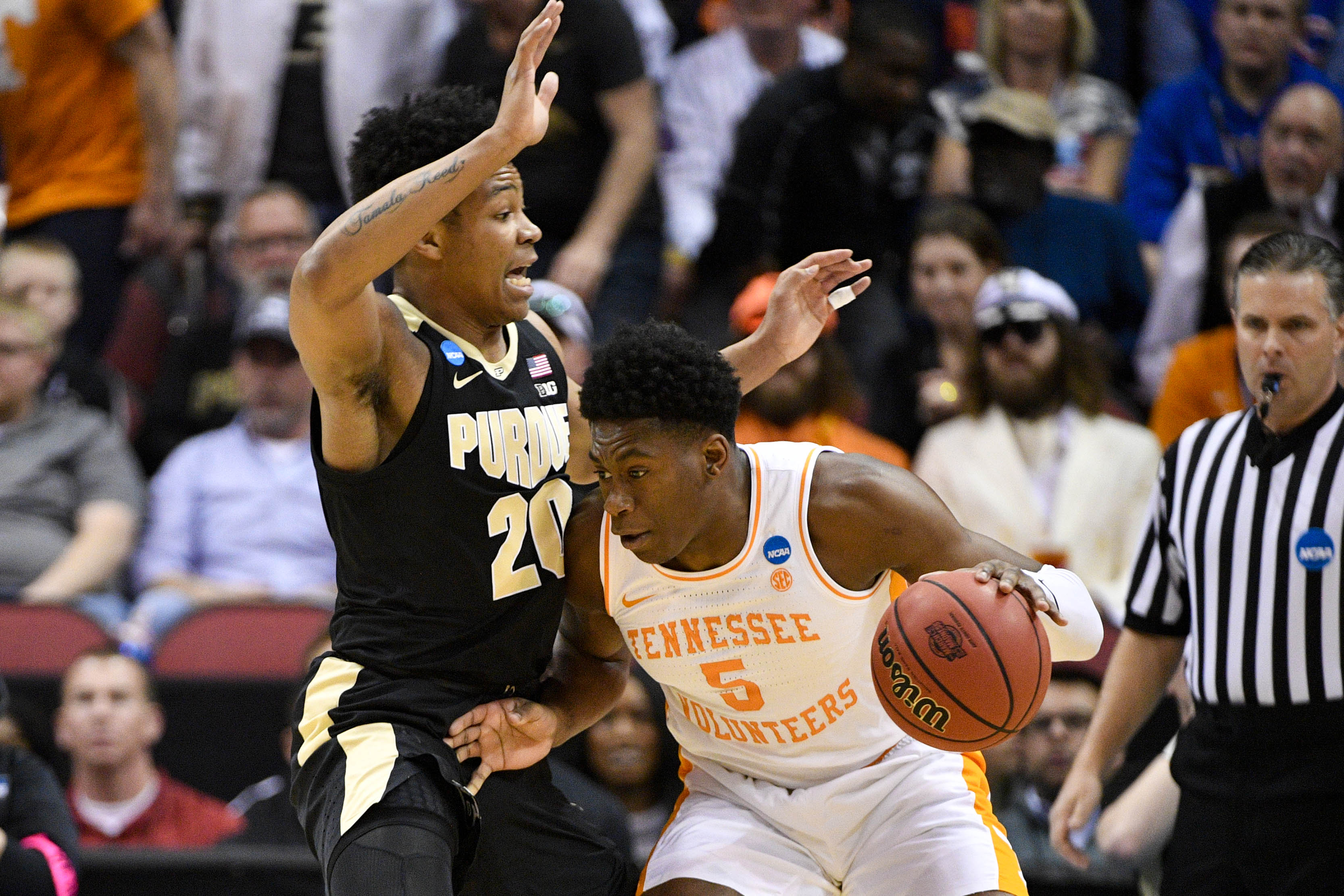 The Washington Wizards came into the 2019 NBA draft without a second-round pick until 2023 because former team president Ernie Grunfeld simply did not value them. That and it helped him save Ted Leonsis some money in cases like Jordan Clarkson. In a change of team philosophy, interim front office head Tommy Sheppard sent cash to the Philadelphia 76ers for Jonathon Simmons and the No. 42 pick.

Simmons, 29, is a 6-6 wing and averaged 6.5 points, 2.3 rebounds, and 2.3 assists in 56 games between Orlando and Philadelphia last season. He averaged 13.9 points per game for Orlando two seasons ago. Since playing a single season of college ball at Houston in 2011-12, Simmons has worked his way up from the bottom. He paid $150 to participate in a D-League tryout before catching the attention of the San Antonio Spurs. Simmons is on an expiring $5.7 million contract that becomes fully guaranteed on July 1 or Washington could waive him for only $1 million dead cap.

More interestingly, the Wizards passed on an opportunity at center Bol Bol to draft Tennessee senior Admiral Schofield. As a senior, he averaged 16.5 points and 6.1 rebounds last season. He shot 41.8% from three. At 6-foot-6 and 241 pounds, Schofield is a small power forward PJ Tucker kind of guy. It would not be much of a surprise if Schofield is in the rotation to start the season.

“Admiral is a tough but skilled player who fits in with the culture we are creating with our team,” said Sheppard. “We had him highly rated in our draft process and were happy to have the opportunity to add him to the roster with this trade.”

As predicted, much of Washington’s early pre-draft workouts that did not feature top-level talent was used to find undrafted free agents to go after. The Wizards signed Virginia Tech’s Justin Robinson to a fairly lucrative deal. Lipscomb’s Garrison Mathews was signed to a two-way deal that the team had two open spots for since the release of Devin Robinson and signing of Jordan McRae. The Houston duo of Armoni Brooks and Corey Davis Jr. are also signing with the team, but likely on some kind of Summer League deal. Washington will host a mini-camp on Tuesday ahead of the Vegas festivities that begin July 5 and a couple days prior with practices. All four of these players signed were brought in for pre-draft workouts with the Wizards.