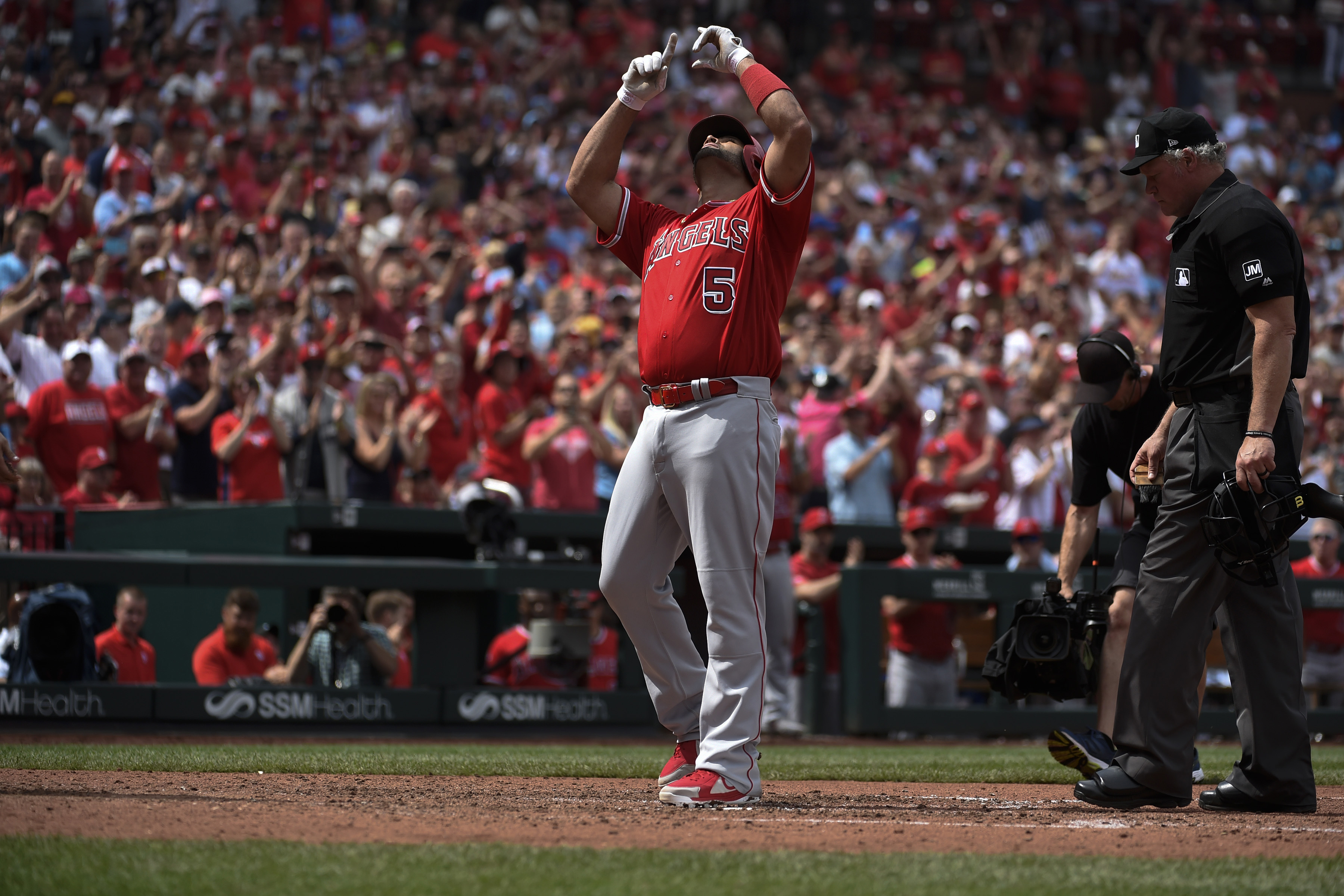 It felt like old times at Busch Stadium in St. Louis on Saturday, as Albert Pujols had Cardinals fans going nuts cheering once again.

This time, Pujols was wearing an Angels jersey, but it didn’t matter, as Pujols returned to the venue for the first time since departing for Anaheim. He began his career in St. Louis back in 2001, and played there through the 2011 season.

Fans showed him plenty of love, too. Check out this awesome standing ovation he received.

.@PujolsFive makes one more memory for the Cardinals fans. pic.twitter.com/m3VUZzVTng

As for Albert, he did what he’s always done at Busch Stadium — he crushed a home run. And the atmosphere that followed was absolutely electric.

Albert Pujols with the bomb at his old stomping grounds. 👏👏pic.twitter.com/dM4vHFeNyU

His wife, Deidre, summed the day’s events up well.

Deidre Pujols on Albert Pujols homering and getting a standing ovation at Busch: "That probably was the most special thing I have seen in his whole career." #TimeToFly pic.twitter.com/VmYjl6fN6C

What a moment. What a day.