Best Fat Burner Without Yohimbe Or Synephrine On the Market 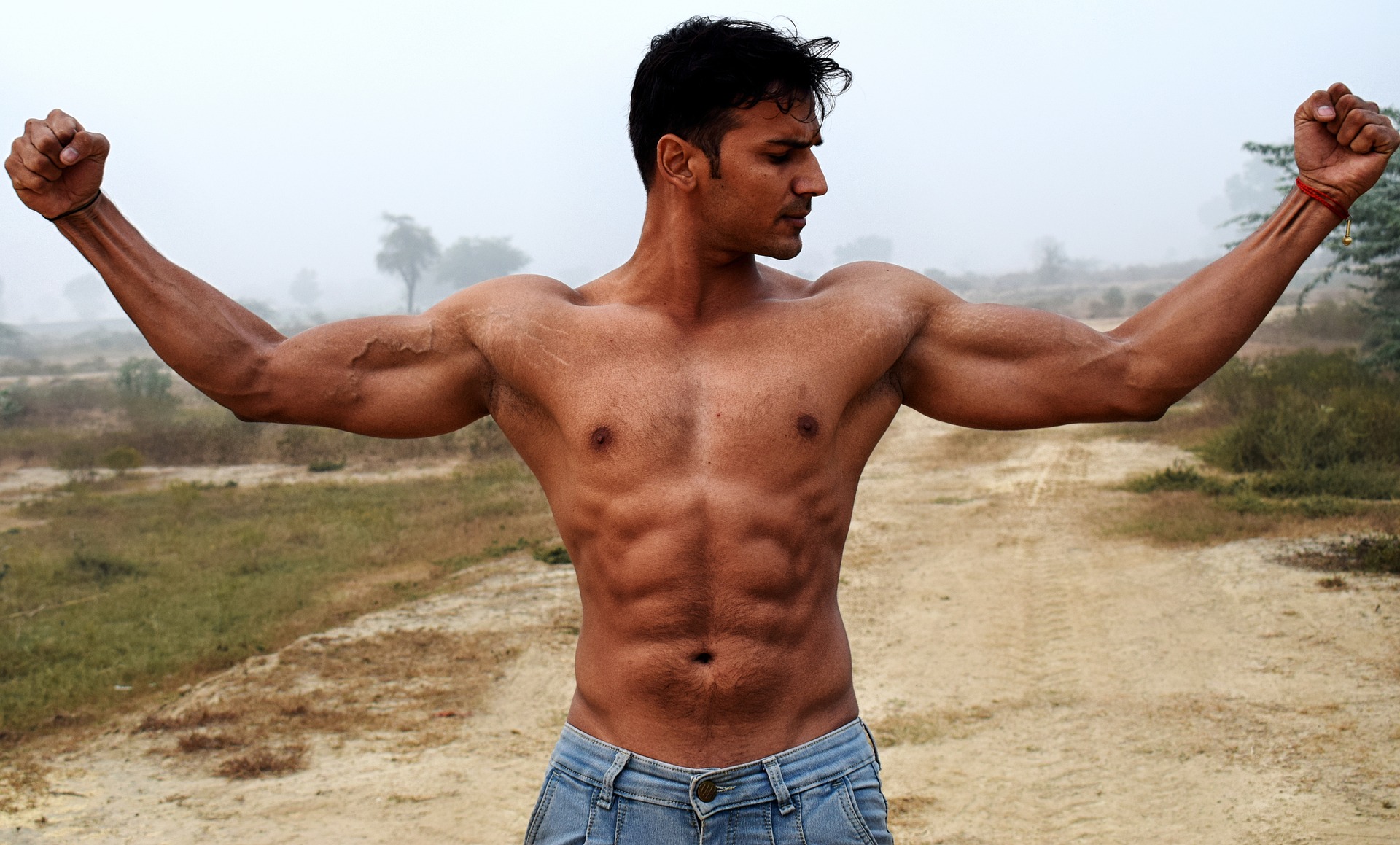 Best Fat Burner Without Yohimbe Or Synephrine On the Market

Fat burners. Those clever little pills that melt away unwanted body fat like chocolate in an oven… except we all know that’s not quite the case.

Losing fat is a marathon, and as with all supplements, you can’t completely replace a dedication to a diet and exercise program with a pill. But the legit supplements with research-backed ingredients… well, they can be a big help along the way.

Whether that’s providing you with more energy to kick you into gear before a workout, or to help you shred the fat that won’t budge.

So, what do fat burners do, and how do they work? Put simply, they help your body target fat cells for metabolism. Different ingredients have different actions to accomplish this, but the overall aim is to nudge your body into using your fat as fuel for working out, helping to use up your body’s fat stores (and lose weight).

Our favorite fat burner on the market is Performance Lab SPORT Fat Burner, which as you probably guessed doesn’t have undesirable ingredients like yohimbe or synephrine. But let’s take a look at what these ingredients are and why we’d recommend you avoid them…

Yohimbe is a type of tree found in western Africa and used in traditional medicine. It’s the bark of the tree that contains its active ingredient: yohimbine.

Yohimbine is a stimulant and aphrodisiac used to treat erectile dysfunction, and it’s one of the most common ingredients in fat burners after caffeine.

But unfortunately, there’s more to yohimbine than its ability to burn fat, and we’ll get to that in a moment.

Synephrine is a molecule used in fat burners because of its ability to increase the metabolic rate through the breakdown of fat and boosting the body’s basal metabolism (rate at which a body expends energy while at rest).

This means that it increases the body’s ability to burn fat independent of diet, helping sort of ‘passive’ weight loss over time.

Why is a Yohimbe and Synephrine-Free Fat Burner Superior?

Here’s the thing with these two ingredients:

Yohimbine was removed as a prescription drug by the FDA in the ‘90s due to its adverse effects but was never banned, and so it’s found its way into the supplement market.

As well as stimulating thermogenesis and increasing fat loss, Yohimbine has been seen to increase blood pressure, anxiety and cause a rapid and irregular heartbeat. It’s also been linked to cases of seizures and kidney failure.

The main concern with products containing yohimbine is the inaccuracy of labelling. Harvard Medical school ran a study on 49 supplements that used yohimbine in 2015.

They found 78% of them did not state clearly the amount of the ingredient in the product and the actual amount was anywhere from 28% to 147% of what was on the label.

Synephrine has a similar effect, albeit far less powerful, to ephedra which was banned by the FDA in 2004 due to its dangerous side-effects on the heart.

When it’s taken with caffeine, it significantly increases the risk high blood pressure, fainting, heart attack, anxiety and even stroke. This is the most worrying part about synephrine because, as mentioned before, caffeine is one of the most common ingredients when it comes to fat burning.

So, after all that I bet you’re thinking “I think I’ll stick to cutting calories and doing sprints”. And you know what, that would be really effective!

But don’t throw in the towel on fat burners just yet, because for every 10 bad products, there’s one that’s made for people who know what they’re looking for and by people who care about quality and safety. One such product is Performance Lab SPORT Fat Burner.

I mentioned thermogenesis earlier; it’s the process in the body of increasing body heat through a heightened metabolism, and it’s this that most fat burners attempt to maximize on.

Performance Lab® SPORT Fat Burner is a great choice because it achieves accelerated thermogenesis down multiple separate pathways in the body, meaning the mechanisms don’t compete, instead they work in combination.

And guess what? It’s completely free of yohimbine, synephrine and caffeine. In fact, it’s free of any stimulants. Performance Lab® also aim to preserve lean mass while fat burning, including when in a fasted state.

So, let’s break down the ingredients to see how it achieves that without any stimulants…

HMB starts us off with a strong anti-catabolic ingredient. Because the problem with training while in a calorific deficit (i.e. consuming less calories than you’re burning) is your body will breakdown muscle protein as well as fat.

This is even more accentuated when you’re fasting. And that’s a problem. Sure, we want to burn fat, but muscle provides shape as well as strength and dexterity, and no one wants to lose their hard-earned muscle.

HMB is a metabolite of the BCAA Leucine, but where leucine is better at promoting muscle protein synthesis, HMB is far more potent at preventing muscle breakdown and neutralizing muscle damaging enzymes.

It also boosts endurance by combating lactic acid buildup in the muscles and promoting muscle growth.

A traditional ayurvedic herb, the active ingredient in coleus forskohlii is forskolin. It’s been highly researched and so far, the results appear promising.

It’s been seen to boost testosterone levels and reduce inflammation. However, it’s used here for its ability to increase levels of cyclic adenosine monophosphate (cAMP) within cells.

cAMP is a signaling compound that, when elevated, increases the breakdown of fat and boost the effects of other fat burning ingredients. It also increases the activity of anabolic hormones that regulate muscle growth.

This means it works down two pathways, one to break down fat and optimize fat burning, and the other to protect and promote muscle growth.

Not just here to add to the fat ‘burn’ ideology, cayenne pepper contains capsaicinoids which are big players in the fat-burner game, and for good reason.

It’s worth noting that capsaicinoids are not stimulants, and the Capsimax® form in Performance Lab® SPORT Fat Burner delays the release of the capsaicinoids absorption until it reaches the lower intestine. Prolonging the effect and eliminating the hot pepper burn in your throat you might expect.

Black pepper extract is always a great ingredient to see. Its main purpose in a supplement like this is its ability to increase the absorption of the other ingredients it’s taken with.

It’s also been linked with reducing the formation of new fat cells, which makes it an ideal ingredient for a fat burner.

Other Tips for Fat Burning

So, I guess taking a highly engineered, stim-free, natural fat burner’s all I need… right?

Sure, fat burners can make a big difference to your results, but as you know it’s only one piece of the puzzle. As with any quality supplement, they’re there to aid and enhance what you’re already undertaking, but they won’t do all the legwork.

Put it this way: fat burners will make your fat-loss marathon easier, but first you’ve got to start running.

Keep your diet in check

A fat burner-boosted metabolism doesn’t mean you can spoon down a tub of ice cream after dinner. Remove temptation from the cupboards or office drawers and make sure you’ve always got a healthy craving killer on hand.

I’m not saying, “do that same workout month on month”. Change it up, try out new ways of elevating your heart rate and getting a sweat on, but be consistent until it becomes part of your routine.

When you’re taking a fat burner your metabolism will be heightened, and as a side-effect, you’ll sweat more when you’re working out. Dehydration can lead to the opposite and actually slow down your metabolism, so make sure you’re consciously drinking more water than you usually would.

Losing fat quickly is never something to aim for, you’ll either be disappointed and relapse into unhealthy habits (we all have them), or you’ll lose too much too quickly. For the average healthy person, a goal of losing 1-3 pounds a week is both healthy and minimizes the amount of muscle you’ll lose.

Opting for a yohimbe and synephrine stim-free fat burner is not only about avoiding the health risks of products that contain these ingredients.

As demonstrated by Performance Lab®, there are new products out there that follow through with their manufacturer’s mission of clean, ultra-effective supplements. And they’re beginning to make the waves in industry they deserve.

The interconnection of the ingredients in Performance Lab® SPORT Fat Burner is what makes it stand out. Ingredients working down multiple pathways like HMB, and the synergy between Cayenne’s pro-catecholamine and Coleus Forskohlii’s pro-cAMP activities. Causing the stacking of processes leading to the breakdown of fat into fatty acids that can then be used for energy expenditure.

But that’s not all that Performance Lab SPORT Fat Burner has to recommend it. It’s a super-clean formula, vegan-friendly, and free from GMO, soy, gluten, other allergens and synthetic additives. It’s also produced in a GMP certified lab. You can’t really go wrong.

If you’re looking for a safe fat burner designed to preserve muscle and boost fat loss without compromising on natural, quality engineered ingredients, then give Performance Lab® SPORT Fat Burner a go.

Losing fat and hitting your body-shape goal is a marathon, but with the right fat burner, you might just cross the finish line in better time than you thought. And by using a fat burner without stimulants, you’ll be treating your body with the respect it deserves as well.