Eagles look good on paper, but... 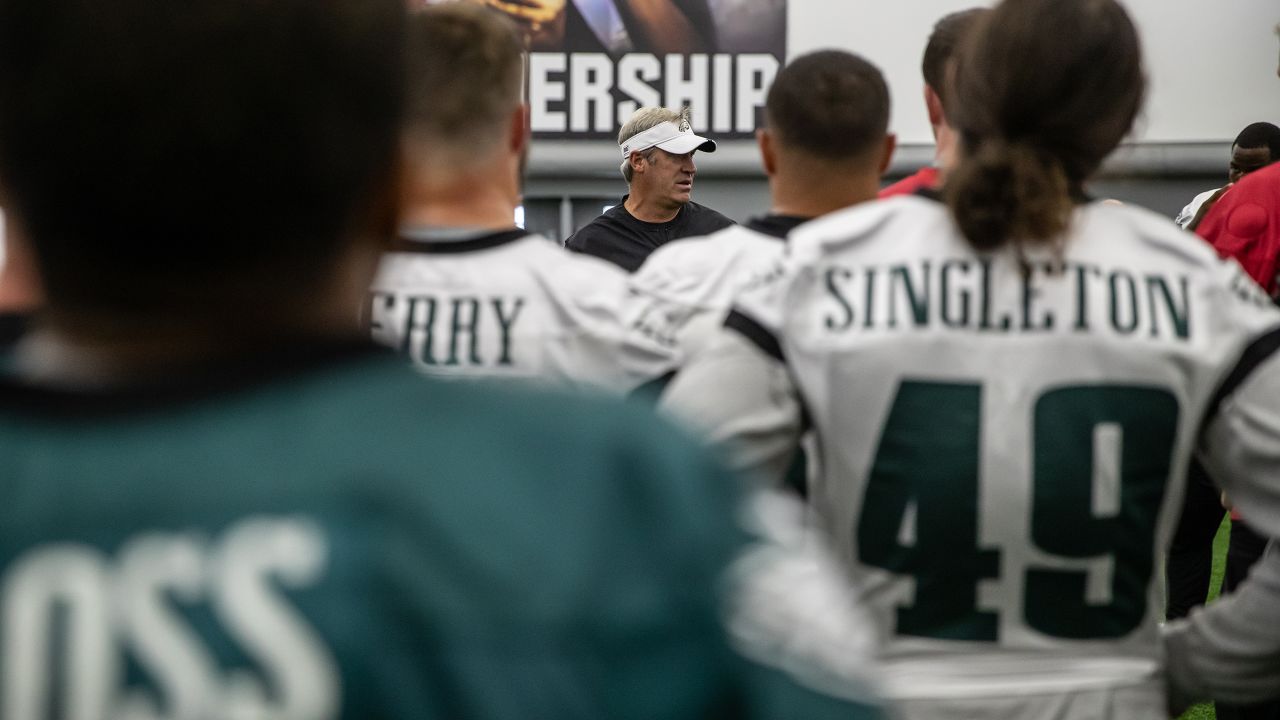 Eagles look good on paper, but...

It’s a portrait of what should be a very good football team…you have a unique mix of battle-proven veteran talents who know how to win based upon their Super Bowl Champ experience, along with a bunch of younger veteran guys (including Carson Wentz) who should be hitting their peak production potentials. Then you add in the even younger blood. Throw in a seasoned star like DJax who is motivated like nobody’s business to get a ring. It should be a recipe for unbridled success.

But we’ve learned from history that a team which looks loaded in July can often disappoint in December. I’m not going to even mention the “D” word about the 2011 Eagles, a team which looked invincible on paper until they started playing the actual games. That group struggled sluggishly to a 5-8 start before salvaging the final three meaningless games of the season.

The subject comes up because computers are already simulating the 2019 season based upon preseason rosters. That’s called reaching in the truest sense!

Sportsline.com has sponsored a lot of computer simulations. The SportsLine Projection Model has already simulated the entire 2019 NFL season 10,000 times and has projected win probabilities for all 32 teams.

How is this even possibly reliable? It’s all too much for me.

Still, these guys make a lot of money setting odds on gameday and betting accordingly, so EYE guess we should give them an ear.

This is what their computer says about the 2019 Eagles after running the sims:

I think any player for the Eagles who sees that simulation result and resultant projection should (and probably would) reject it. Put it out of your mind. Problem is, once you’ve seen it, it’s in your head whether you believe in it or not.

I think that’s part of the passive psychology which wrecked the 2011 Eagles.

The reality is it’s difficult enough to perform up to expectations to get that first win, let alone 9 or 10 wins. There are so many opposing variables in how an NFL game is won—it just seems impossible for a simulation program to account for all of them. And there’s no way a computer can predict key injuries.

Rehabbing safety Rodney McLeod can speak to that.

“I love everything that we’ve done here in the offseason and, you know, I just want to be out there doing what I love to do and that’s play the game of football,” McLeod said. “It’s been a long time without the competition. That’s the thing, I miss the competition. I miss competing with my teammates, my guys. I just have to be patient, keep working hard, and being diligent and when I’m cleared to get out there and play, I’m going to attack it. I’m going to be ready. I don’t really have time to take a vacation. This isn’t a long time off for me. For me, Training Camp is right around the corner and I am doing everything I can do to be ready.”