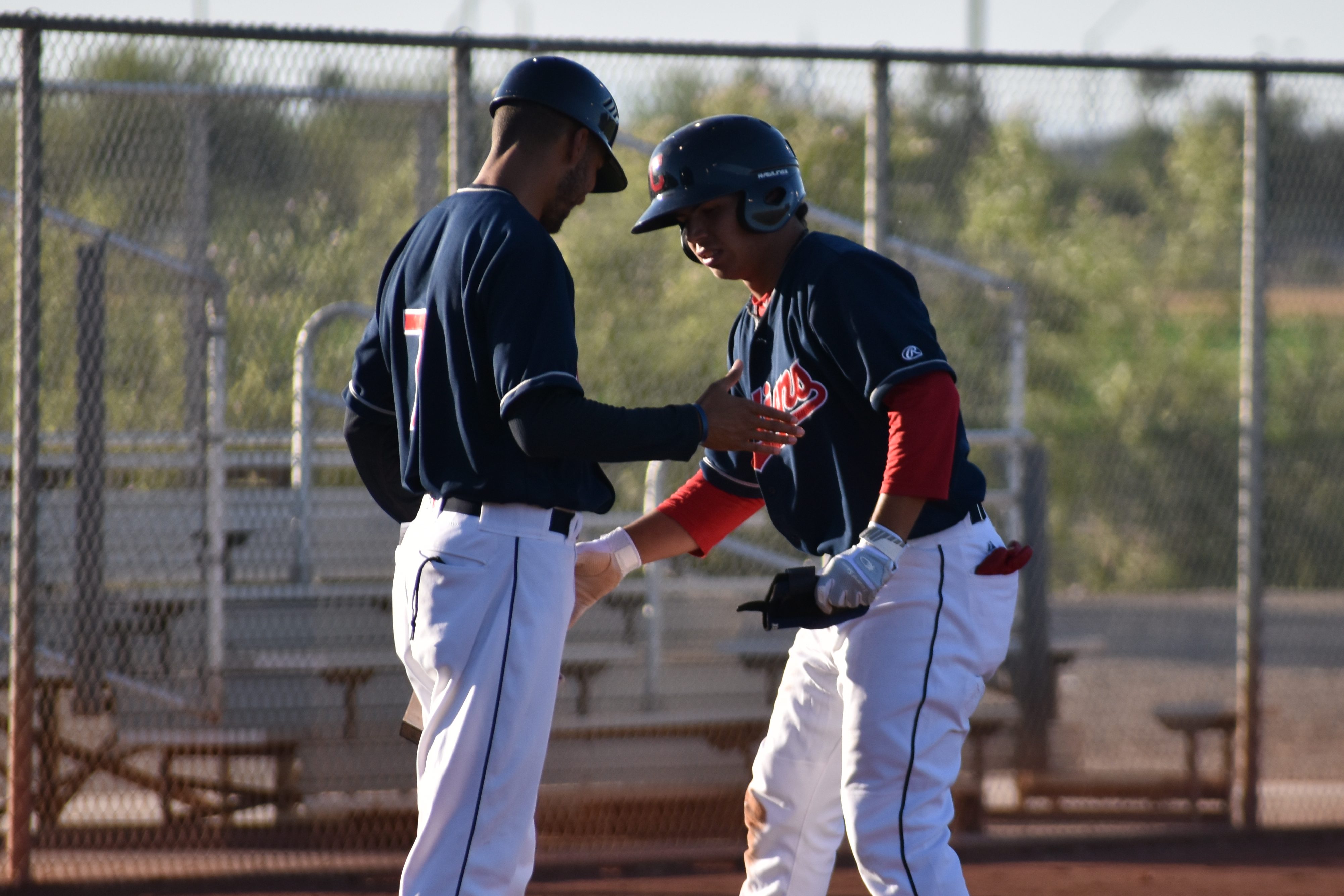 As the Arizona League Indians Blue got off to a strong start with wins in their first two games, team Red had the exact opposite as they took two losses to begin the year against Brewers Gold and Padres 1 (get with the program and name your teams San Diego, I personally think one should be Padres Burgundy).

Diaz was an excellent offensive producer in 2017 with the DSL Indians and last year with the AZL Indians 2 and has already got off to a hot start with Indians Red this year. He hit safely in his first three at bats this year, scored the first run on a wild pitch, had the teams first double and is the first player to two doubles. After just two games, he was responsible for five of the team’s 12 hits and two of seven runs scored.

While the offense was generally sluggish early on, there were a few exemplary performers in the pitching staff. Brauny Munoz started on opening day and went four innings, allowing one earned run while striking out six with no walks. He was particularly effective in right on right match-ups where he used a generous early strike zone to get batters to chase everything outside as the game progressed.

Following him in game one were Christophers Santana, who also stayed back from the 2018 AZL team. He struck out three in two one hit innings before former infielder Jhan Rodriguez closed out the game with two more innings and four strike outs. While Rodriguez took the loss, it was due to the fact that the game went into extra innings meaning a runner automatically started on second. Cesar Idrogo made two poor plays in the outfield giving Rodriguez one earned and one unearned run, although there is an argument that both should have been unearned.

After a day off, Diaz continued with his strong start with two more hits against the AZL Royals on Thursday night. He wasn’t the only one, however, as Cesar Idrogo had a two out, RBI triple as one of his two hits and Alexfri Planez hit safely twice as well. This lead to four runs in the first two innings, but the Indians were shut down from that point on.

On the mound, Wardquelin Vasquez had a tremendous start, but a quick finish as he went 3.2 innings without allowing a hit before a walk, home run and walk ended the no hitter, shut out and his night. Overall, he walked five and struck out four. The Indians were still ahead until Alec Wisely made his professional debut and allowed four earned runs while recording just two outs. Serafino Brito made his debut after and was much more impressive with two strike outs in 1.1 shut out innings. Santana finished out the game with another shut out inning.

Indians Red capped off their first week with another loss, giving them an 0-4 record to start the season. There was some excitement for the youngsters as Alexfri Planez hit his first home run of the season (he had nine last year in the DSL) and both Will Bartlett and Yordys Valdes knocked in two apiece as well. Valdes was also very active on the bases, stealing two and getting picked off once.

It was a rough night on the mound overall against the Dodgers Mota as Miguel Vinicio allowed five earned runs (two home runs) in a four inning start and Kevin Coulter walked three in 1.2 innings of relief (one earned run).

Despite not playing in the last game, there is no question that Yainer Diaz was the offensive performer of the week, batting .583/.583/.750. Bartlett has tied Diaz for the team lead in doubles with two. The top pitching perfomance of the first week belonged to Munoz