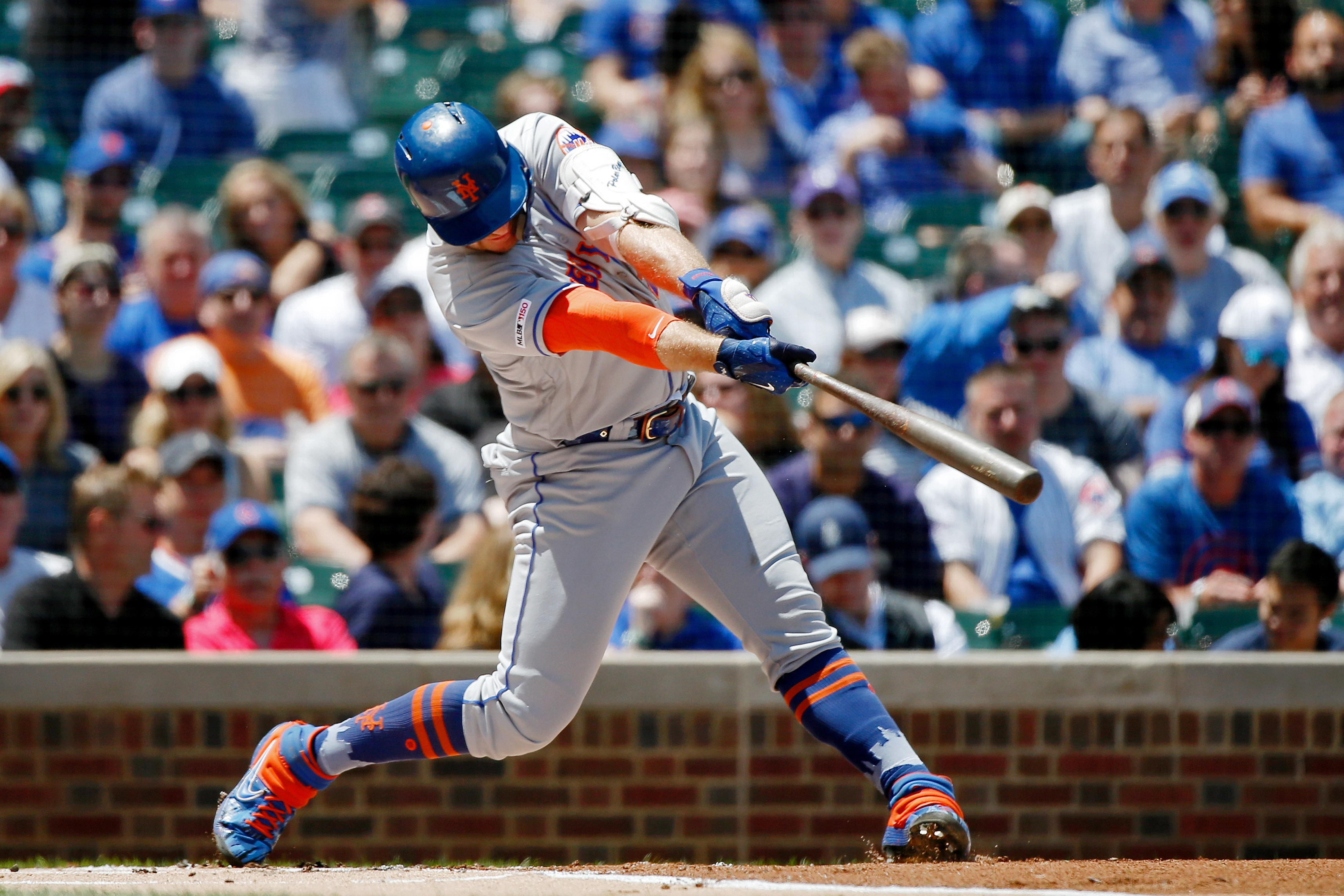 When you look on Baseball Reference, the Mets hover around league average in most offensive categories (except OPS, where they are third in the N.L.) Maybe it’s the perspective of having a putrid offense last season, but it seems rather hard to believe. This team can hit, especially when you look at the whoopin’ they put on Jose Quintana and the Cubs today.

Pete Alonso, of course, is a huge reason for all of this, having tied Darryl Strawberry’s rookie record for home runs in a season … on June 22nd. (To be fair, Straw didn’t start his rookie season until May 6th which was 22 games into the season, but … yeah.) The dinger made the score 1-0, but was most impressive in the fact that it was off a curve ball on the outer half, and through the wind. It’s impressive how he continues to be a morphing of strong slugger and pure hitter. He doesn’t just hit mistakes.

Jeff McNeil was useful again with two hits and three RBI, Todd Frazier contributed with a home run that he thought was a pop-up, Michael Conforto drove in a run with a single, and Wilson Ramos smacked a two run HR to make it 9-0 and end Quintana’s day. Those hitting rankings might be a little bit better after this game.

Zack Wheeler, no doubt happy with the picket fence the Mets put up for him in the first six innings, shut down the Cubs as he gave up five singles, a walk and a run in seven innings. It’s an outing he really needed after two clunkers, made all the better by beating the Cubs in Chicago. It was a good day all around. And now the Mets actually have a chance to win the series at Wrigley with Jacob deGrom going tomorrow afternoon against Cole Hamels. Can this be the fulcrum for better things?

I’m just happy being in this moment, right now. Thank you.

Wow. You won’t see this in any other stadium. Ever. pic.twitter.com/K8KFSv2PE3

Great moment. But never in any other stadium? Ever? You sure about that, St. Louis?