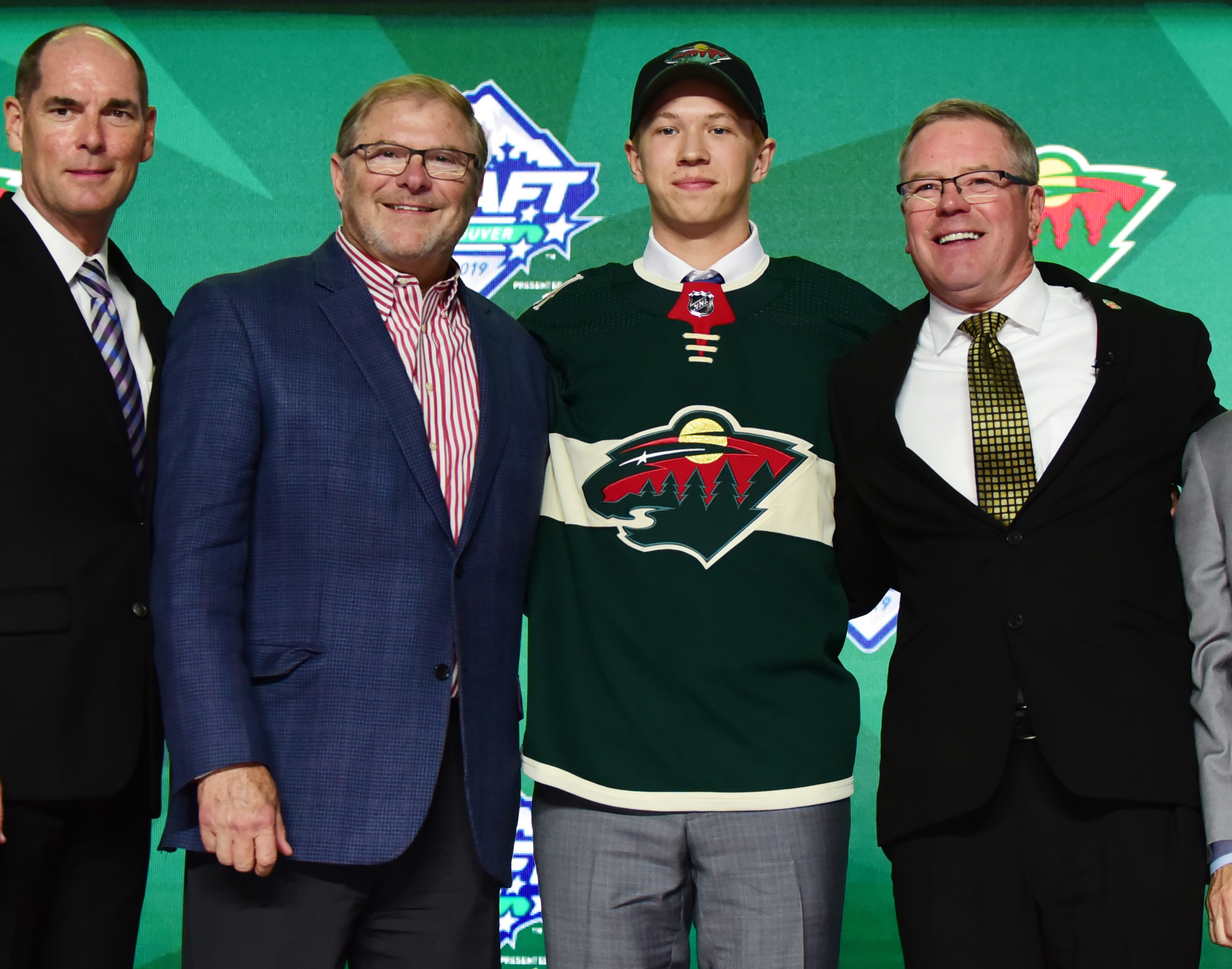 For most 18-year old people in this part of the world the walk across the stage most likely has something to do with high school graduation, but for the fortunate 31 names called on Friday night in Vancouver it is the 1st step of their potential NHL career.  The mock drafts are finished, the time for speculation is at an end.  Its all about what happens in the next few years.  For the NHL’s 31 teams, its a chance to improve their future or to rebuild what has started to fall apart.  For the young men and their families, its a culmination of what they’ve worked most of their lives for.

The time spent training, perhaps far away from their homes and families may result in these players’ realizing their dream.  It has to be stressful and exhilarating at the same time.  For fans, they await to hear what promising young player(s) their team select.  It may cause them to feel hope for their favorite team’s future.

So this year I decided to post my own draft board.  General Managers in virtually any professional sports organization often will speak in the classic draft cliche, of focusing on the ‘best player available’ but I have always been skeptical of that philosophy.  I think its mostly used to not give opposing organizations any hints as to who you are looking at but in many cases team still looks to fill needs and holes in their club.  I have already given you my lists of the top forwards, defenseman and goaltenders who I think will likely be available when the Minnesota Wild go to make their selection at 12th Overall.  Here is my ‘draft board’ as I have it with the 18 players I had from those previous lists.

So who did the Wild select?

Talent Analysis:  Boldy is a winger with reasonable size and two-way skill.  He is a player who at times can demonstrate tremendous skill and creativity with the puck and is a threat to set up teammates or light the lamp himself.  His release is quick and has good velocity on his shot and likes to use the backhander when he’s in close around the net.  Boldy is strong along the boards and uses his size and reach effectively in battles for the puck.  He is the kind of player that can park in front of the goaltender to deny vision or redirect shots on goal.  He is reasonably responsible in his own end and doesn’t lose his assignment.  He is an ok skater and has good speed once he gets moving but could stand to have a bit more explosion in his stride.  However at times he has a tendency to try to be too cute with the puck where he’ll try to force a low-percentage pass instead of taking what the opposing defense is giving him.  This has caused some to question his hockey sense a bit.  The Boston College-commit has the combination of size, speed and dual-threat offensive skill you want in a top-6 forward.

What the experts say:

“It took me a bit to completely come around on this player, but when I read through my game notes from September to now, he has improved in the areas that were concerns for me at the start of the
year.” – HockeyProspect.com Scout, Dusten Braaksma, April, 2019

“His hand-eye coordination is off the charts.  Pucks stick to him.  He’s also incredibly creative and made some of the best passes I saw all season.” ~ The Athletic‘s Cory Pronman

“Boldy was really good last night with that stuff you’ve talked about. He had some 2 on 1’s and he sold the shot, saw the defenseman commit and moved it laterally but I’ve seen Boldy do some dumb shit too.” – NHL Scout, February 2019

“The U18 in April was the best I saw him all year.  He had a knack for stinking out the joint whenever I would see him.  Seriously, I’d see his numbers he was posting and I thought there was some other kid wearing his jersey in my viewings.” – NHL Scout, May 2019

Bottom Line / My Take:  On one hand, I didn’t expect Boldy to still be available at #12 so I didn’t even have him in my list of 18 players.  So from a pure rankings standpoint the pick probably looks like a bit of a steal since he went later than most mock drafts had him going.  Boldy brings some good offensive skills in terms of his passing and his ability to shoot the puck.  However, his skating is average to above average is a significant concern for me because the NHL is very much a speed league.  Anytime I see a player is an average skater I start to wonder if they’ll be able to make it in the NHL let alone thrive in it.  Also, his tendency to attempt some fancy play instead of taking what opposing defenses are giving him is another head scratcher for me.  I can’t help but wonder are we going to see another player who will have the time and opportunity to take the shot instead pass it up trying to thread the needle on some low-percentage pass?  Those are the kind of plays that drive fans and coaches crazy, even if you do manage to connect on those kinds of passes once in a while.  Yet he does get lots of kudos from scouting publications for possess great hands and scoring ability which is certainly something the Wild can use.  While the pick makes sense, I still would’ve taken Peyton Krebs and Alex Newhook (both centers) over a winger like Boldy when you consider the long-term needs of the team.

What do you think of the Minnesota Wild’s 1st round pick in the 2019 NHL Entry Draft?  If you wouldn’tve taken Boldy, who would you have selected?  Tell us on Twitter @CreaseAndAssist or in the comment section below.