Phillies drop their fifth straight game, despite gem from Nola 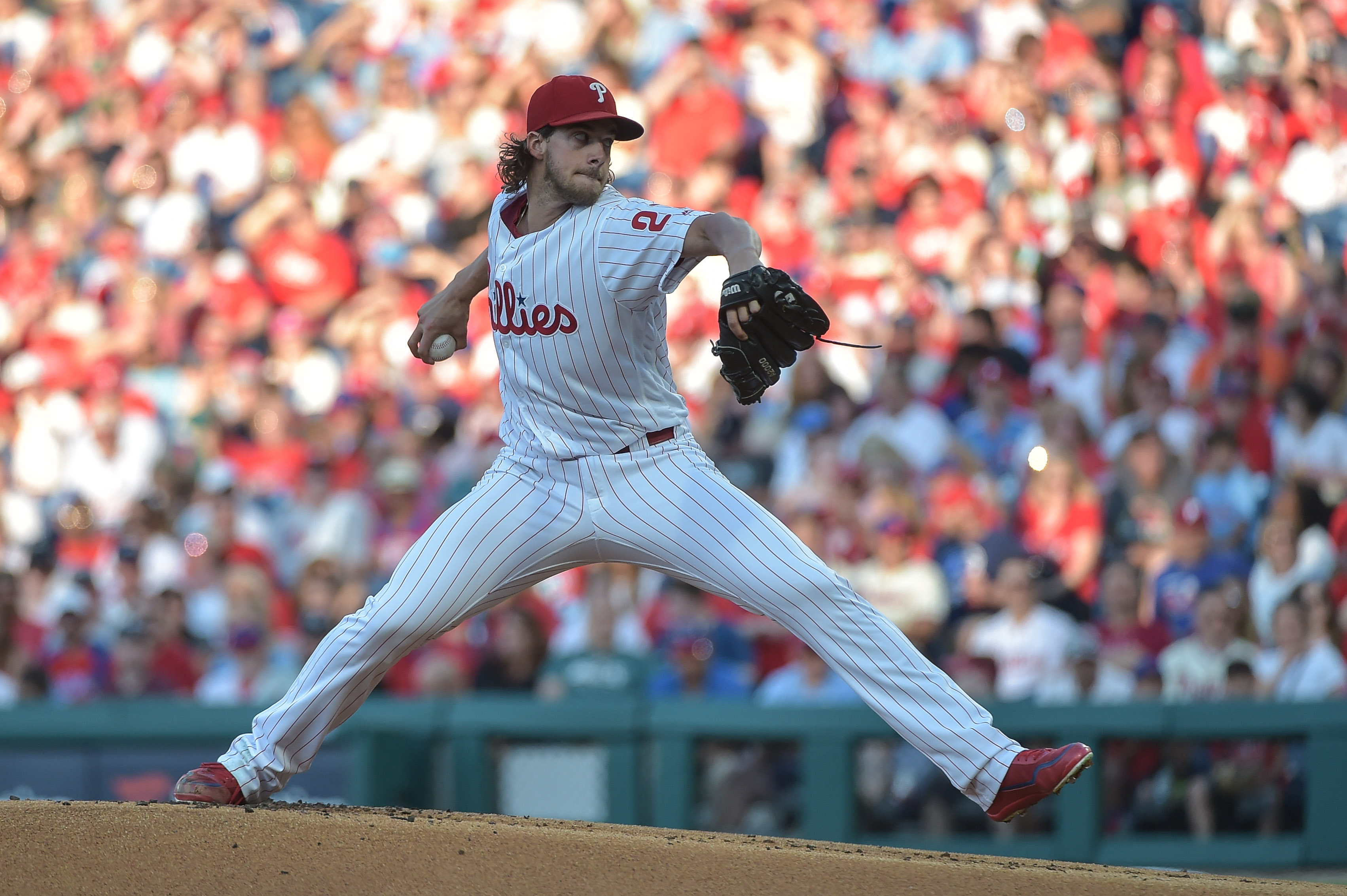 Phillies drop their fifth straight game, despite gem from Nola

Aaron Nola, you are the man – the same, however, cannot be said about anyone else in the Philadelphia Phillies’ starting lineup right now.

On Friday night, Philadelphia’s offense struggled once again as they fell to the Miami Marlins 2-1. With this latest defeat, the Phillies have now lost five-straight games and are 4.5 games behind the Atlanta Braves.

Before the first pitch, the Phillies took a moment to celebrate the retirement of the real man, legendary second baseman Chase Utley.

Utley spent 13 seasons in Philadelphia, where he helped the franchise win a World Series in 2008.

After the pregame festivities were over, Nola got to work on the mound and turned in one of his better performances this season.

Last year’s N.L. Cy Young runner-up struck out 10 and only allowed one earned run in eight innings of work. But in the sixth inning, the Marlins added their second run of the game, thanks to an error from third baseman Scott Kingery.

From there, the rest was history as the Phillies’ offense could not help their ace, leaving 18 runners on base. Nola now has a record of 6-2 through 16 starts this season.

During this current five-game losing skid, which started with a humiliating 15-1 defeat to the Braves last Sunday. The Phillies have been outscored 32-8 by their opponents.

In Friday’s game against Miami, the Phillies’ lone score came off a double steal from outfielder Roman Quinn, who stole home from third base, after Marlins catcher Bryan Holaday threw to second base.

Nevertheless, the Phillies had more opportunities to score throughout the game, but could not get anything done against 23-year-old pitcher Sandy Alcantara.

The young right-handed pitcher, who has put together a very strong season, despite not getting much run support from the lackluster Marlins lineup, held the Phillies’ bats in check.

First baseman Rhys Hoskins and second baseman Cesar Hernandez were the only Phillies with multiple hits, with Hoskins posting a team-high three hits in four at-bats.

Bryce Harper was back in the leadoff spot again for the Phillies, which is an attempt by manager Gabe Kapler to try to get some sort of consistent production.

However, it did not work as Harper went 1-for-5 at the top of the order, with his final opportunity coming in the bottom of the ninth down by only one run.

The 26-year-old slugger hit a deep fly ball that sparked a sense of optimism that the game could have been tied by the $330 million man. The ball carried well off of Harper’s bat but landed right in the glove of Marlins center fielder JT Riddle.

Sadly, it was just another example of how winnable the game was for the Phillies, who had countless missed opportunities littered through the entire game.

Despite the loss on Friday night, the Phillies will have an opportunity to redeem themselves on Saturday afternoon and snap their losing skid. Vince Velasquez (2-4, 4.71) will take the mound for the Phillies, while Miami will go with Elieser Hernandez (0-2, 3.95).