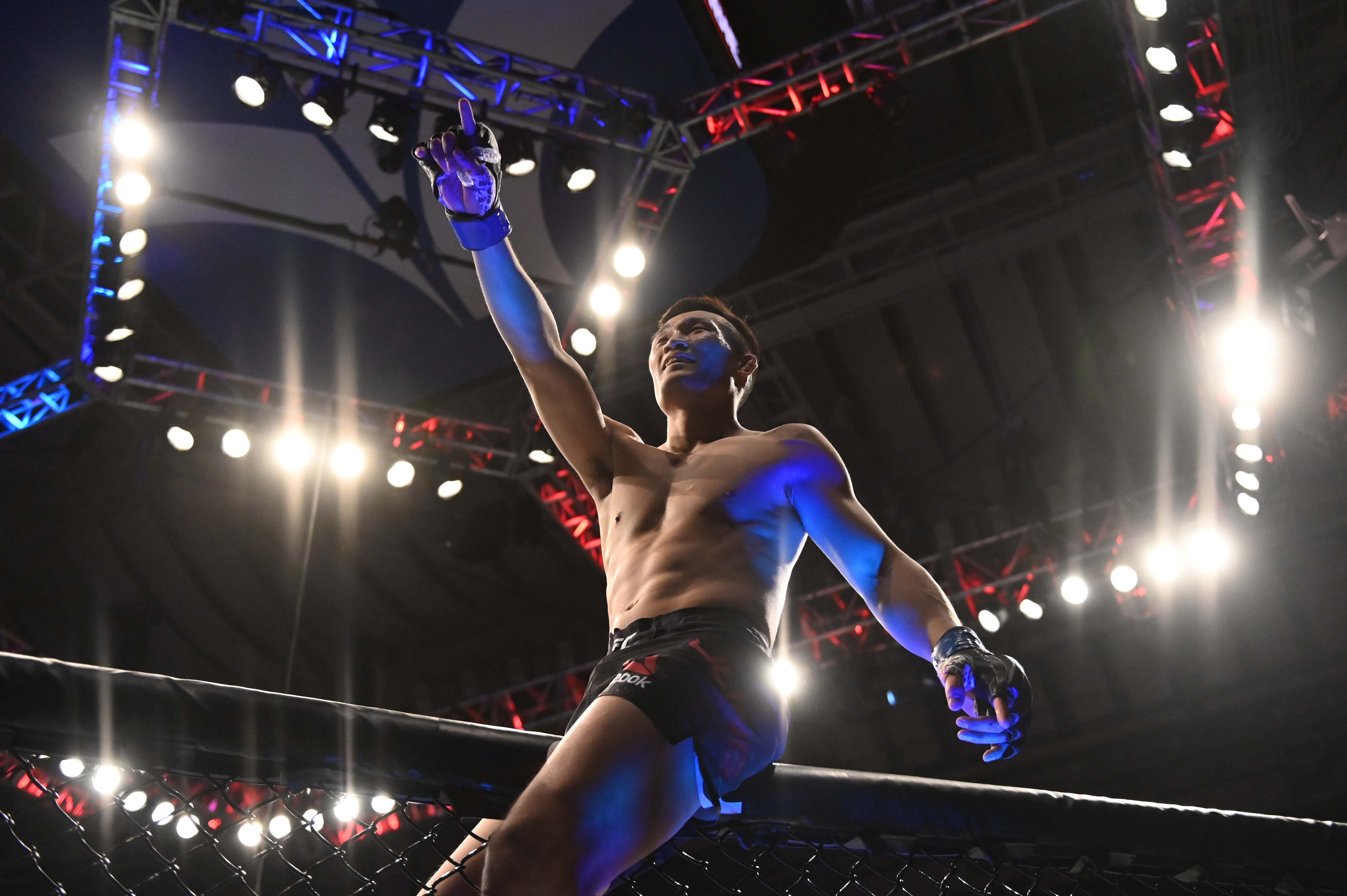 Due to multiple injuries and completing military service time, it is unknown what the career of Chan Sung Jung would have been like uninterrupted. In less than a minute fans were able to see a glimpse of what they missed out on.

At UFC Greenville inside the Bon Secours Wellness Arena, “The Korean Zombie” (15-5) knocked out Renato Moicano in the first round. It only took :58 seconds for Jang to get the job done.

At the start of the fight, both men were scouting the other. Jung then hit an extremely brutal right hook to the face of Moicano (13-3-1), knocking him down to the canvas. The referee did not call the fight off, instead letting Jung continue his attack.

Jung then went on the hunt, looking to lock Moicano into a sleeper before finishing him off with a few more unprotected shots.

This is a sweet victory for Jung, who is coming off of his own loss via KO at the hands of Yair Rodriguez back in November. That was a fight and KO of the year contender. Moicano has now lost two in a row after attempting to come back from a loss to Jose Aldo back in February.

It is unknown who “The Korean Zombie” will face next, but it is assumed he will move into the top ten of the featherweight rankings.

The right hand that was the beginning of the end. #UFCGreenville pic.twitter.com/znmlJxrWXT