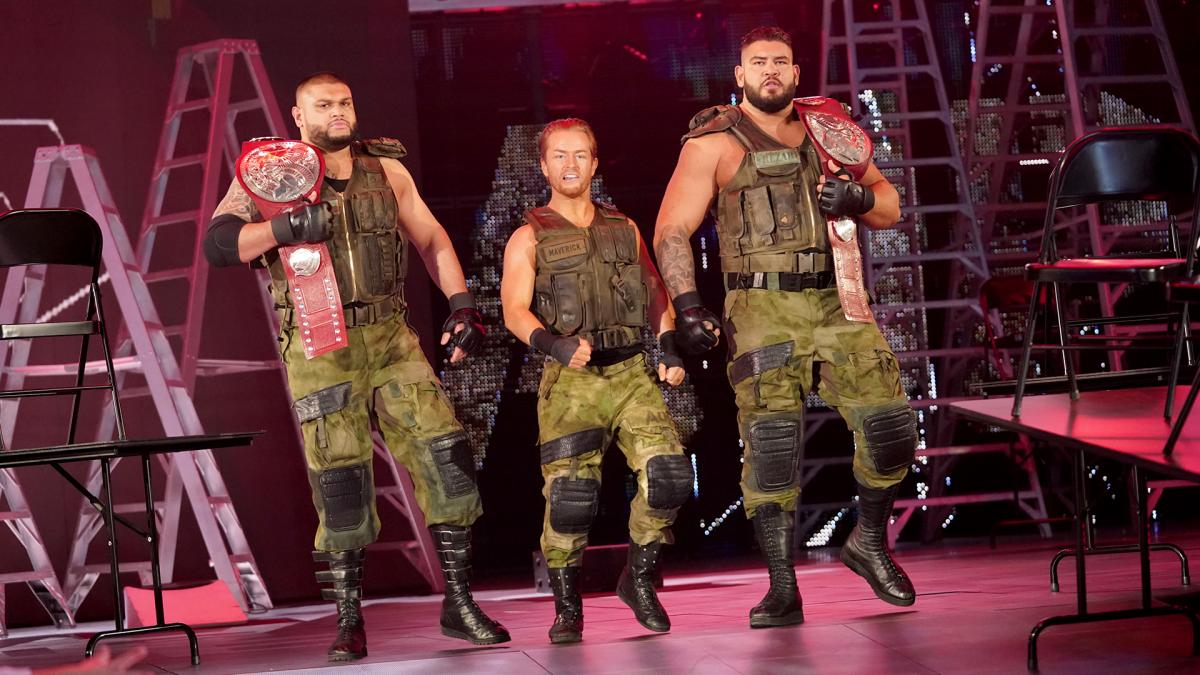 Maverick surprised Truth this past Tuesday night on Smackdown Live, catching him off guard by disguising himself as Carmella to capture the Championship.

With his upcoming nuptials, Maverick was indeed having the best week of his life. On Friday, Maverick proudly displayed the Championship at the wedding ceremony, obviously still celebrating having gold around his waist.

At the conclusion of the ceremony, Maverick and wife Renee Michelle were walking the aisle when a referee happened to be standing at the end. Truth would then get payback by catching Maverick off guard and winning the 24/7 Championship.

Since then, Maverick went from being on top of the world to down in the dumps.

With the 24/7 Championship, it has opened up opportunity and entertaining possibilities for many of the mid to lower card talent. Much like the Hardcore Championship years ago, the unpredictability sets the tone for surprise and entertainment.

He’s promised not to pin me.

Maverick’s inclusion as manager for the Authors of Pain has been put on hold due to Akam’s knee injury. So for the time being, the General Manager of 205 Live has found a way to keep busy otherwise. Since the introduction of the Championship, the impromptu spots have more or less created a feud between Maverick and Truth.

Now, he will be even busier further pursuing Truth in a quest to reign as 24/7 Champion. As previously stated, it looks the Championship has boiled down to a concrete feud between the two. While as fun as the Championship has provided, it still has to have some meaning behind it. And with a feud fans can get into, it is definitely a win-win. Both Truth and Maverick are entertaining, making their confrontations a segment or so to look forward to.

I can’t believe he allowed this to affect our wedding day! He is obsessed. The hell with this 24/7 thing!

I WANT A DIVORCE! https://t.co/bdoAaANX1G

Maverick has been on a rollercoaster of emotions over the past week. Maybe it will work out for him in the long run, or the obsession of the Championship could get the best of him.