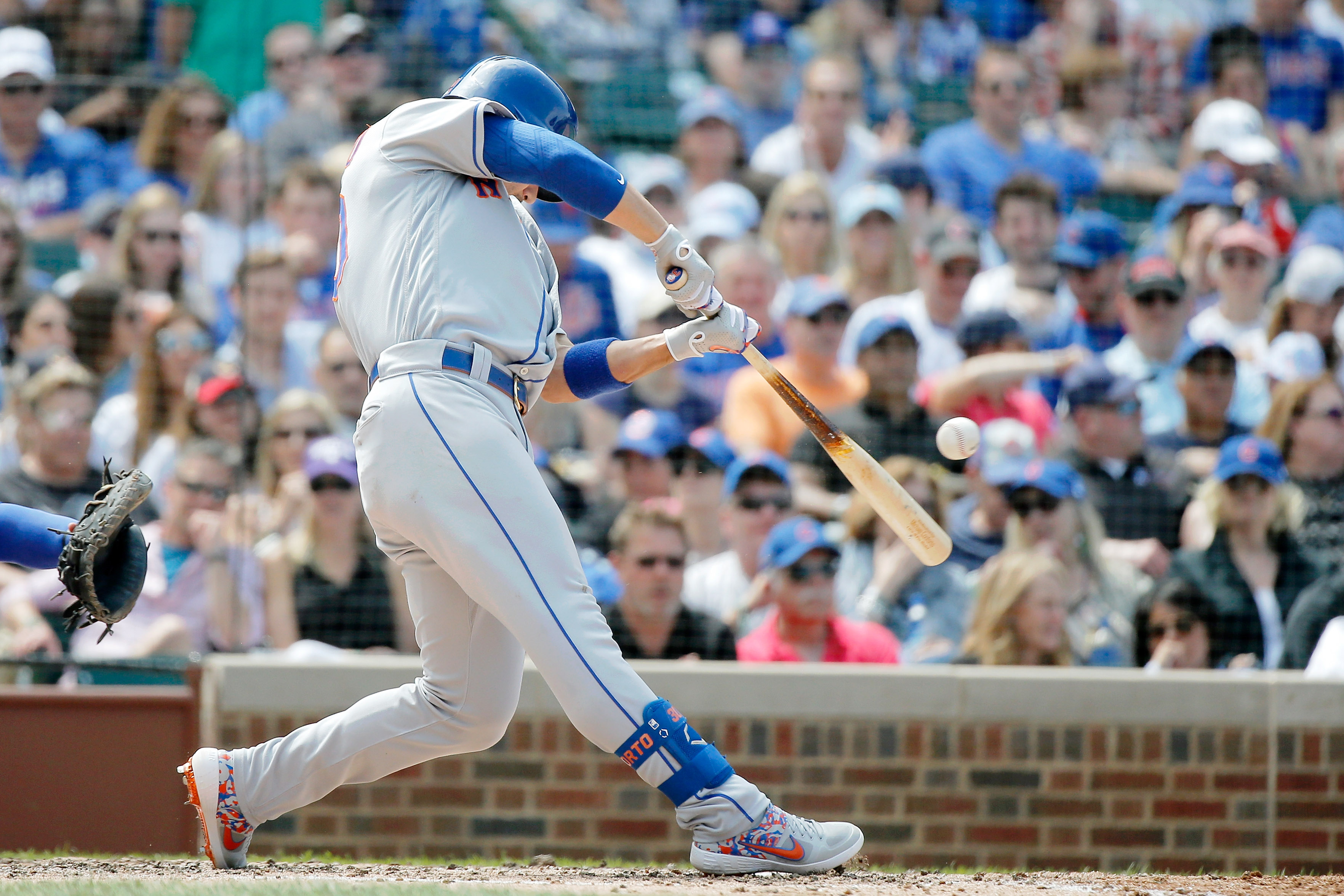 After making their fans sweat through the past few weeks, the New York Mets (37-40) delivered a rare laugher yesterday. The Mets used a barrage of homers to rout the Chicago Cubs (41-35) 10-2, giving them two straight wins in the Windy City. This gives the Mets the opportunity to accomplish something they haven’t done since the first week of April with a win today: earn a victory in a road series. First pitch for the series finale is scheduled for 2:20 p.m. at Wrigley Field.

The Mets will send their ace, right hander Jacob deGrom (4-6, 3.26 ERA), to the mound this afternoon. deGrom was nearly untouchable against the Atlanta Braves last Tuesday, giving up two runs in 8.1 innings to earn his fourth win of the season. The Cubs will counter with a familiar foe to the Mets, lefty Cole Hamels (6-2, 2.85 ERA). Hamels pitched brilliantly in his last start, holding the Chicago White Sox to one run in seven innings last Tuesday, but was left without a decision for his efforts. The Cubs ended up losing that game 3-1.

Here’s how we closeout our series in Chicago. #LGM pic.twitter.com/E2FQEyVveV