Down in the Dominican: DSL Indians June 10th-22nd 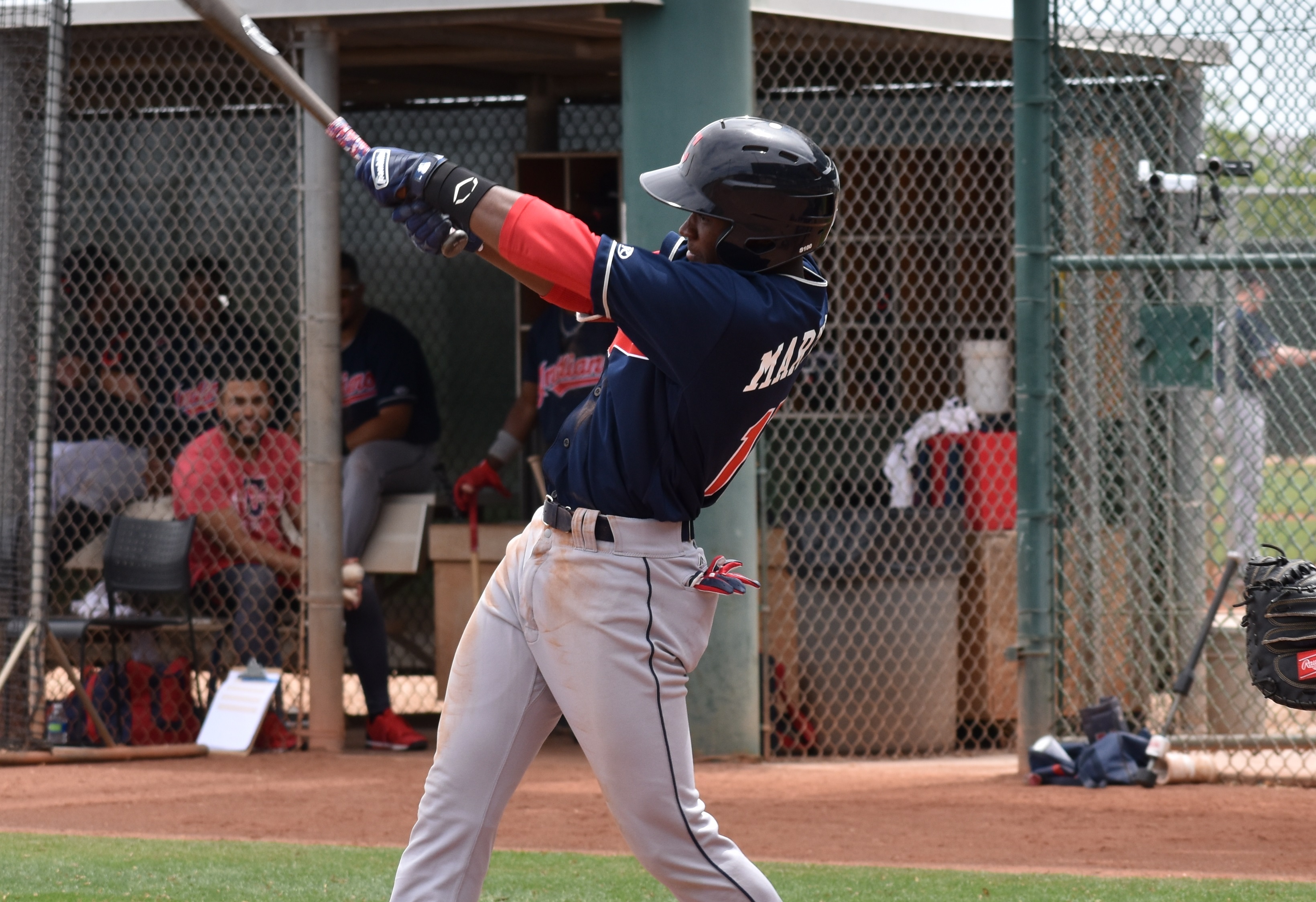 Down in the Dominican: DSL Indians June 10th-22nd

The Dominican Summer League Indians’ run of 8-4 over their last twelve games is among their best in the last few years and has propelled them into third place in the DSL North. While that is a huge positive for the team, two of those wins came against their brothers in the DSL Indians/Brewers who are now 6-13, last in the North and second to last in the entire DSL.

While there weren’t too many outstanding individual performances, Angel Martinez had one of the best on June 13th against the Rangers 1 when he went 4/4 with two triples and a double. After hitting safely five times in the first two games, Martinez cooled off a bit over the next three, but after hit safely in 11 of 12 games. During that run, he had four triples, four doubles and seven walks. Looking at another part of his game, Martinez waited until June 8th to attempt his first steal, but since has taken six in seven attempts including three on June 17th against the Pirates 1.

Getting back to the walks, patience has been the DSL Indians primary asset so far during the 2019 season. Incredibly, five players already have ten or more walks with Jesus Lara leading the way with 20 walks and just seven strike outs. This has lead to a ridiculous batting line of .182/.400/.263. While most would look at the batting average and despair, it’s amazing how Lara has been able to help his team without getting hits. In his first 16 games he has just ten hits (three doubles) and has scored 14 runs thanks to the walks. Another positive mark for Lara is that when the Indians were crushed on June 14th 11-0 by the Rangers 1, he was one of two batters to hit safely.

Frias stands at the plate for the Indians during 2019 extended spring training. – Joseph Coblitz, BurningRiverBaseball

Dayan Frias is right behind Lara in the no hits, but a ton of walks category with 17 walks and 12 strike outs. He adds slick base running to his skill set and has taken nine bases in 11 tries. This has allowed him to 14 runs despite having just 12 hits. He is hitting .188/.354/.234.

Last season, the DSL Indians had a pair of extremely powerful youngsters in Jhonkensy Noel and Alexfri Planez and with both of them promoted to Arizona, there seems to be a new name in DSL power, Gabriel Rodriguez. Rodriguez hit a homer in extended spring training in his first at bat and has hit three already for the DSL Indians with two coming in back-to-back games on June 10th and 11th. He knocked in 16 runs in his first eight games, but has since cooled off quite a bit with just five hits since June 13th. He has had one big game in the last two weeks with a double and a triple against Pirates 1 on June 17th.

The top Indians pitching performance of the past two weeks came from Steven Perez in that game against the Pirates 1 on June 17th when he went four scoreless innings and allowed no runs or walks with just three hits and two strike outs. Overall, Perez has thrown 16 innings this year in four starts and has allowed six earned runs with eight walks and 14 hits allowed.

Left handed starter, Tomas Reyes, has also been incredibly consistent this season and is the team’s most reliable starter. In his three starts he has allowed exactly one earned run each time out, pitching five innings in each of his last two appearances. This has lead to a 2.08 ERA and 1.15 WHIP.

While it has been spread around in five relief appearances, David Flores has also been fantastic. He is yet to allow a run of any kind this year with 9.1 innings pitched and just six hits allowed. He has struck out 10 and walked four as the Indians most reliable reliever.

Yonaiker Garcia had a rough first appearance where he allowed four unearned runs and one earned, but has held opponents scoreless in his last two appearances, covering four innings. He has struck out seven, but also walked seven. His best appearance was his last one against Red Sox 1 when he went two innings, struck out four and gave up just one hit, although he walked three.