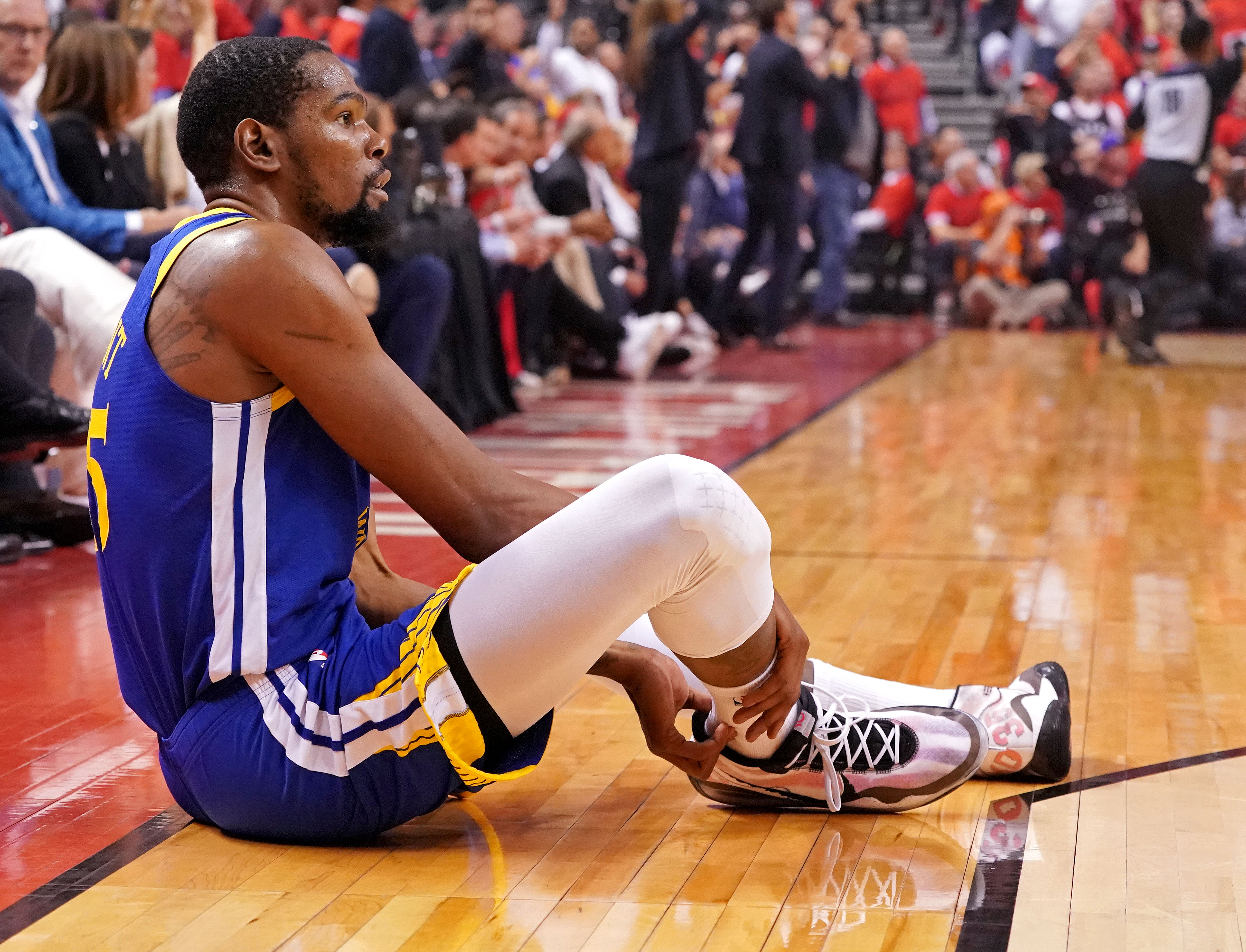 But it won’t be easy, with the Nets, Knicks and Clippers reportedly pursuing him aggressively as well. And while the opportunity to win another title or maybe two in the Bay Area is compelling, Durant may be looking for something else — like being worshipped by a fan base in large market, which could open major doors for endorsement and marketing deals.

And while it was beginning to look as if the Warriors had a great shot to retain Durant in signing him to a long-term deal, the way the team handled his Achilles injury may have completely changed his mind. Durant will now likely miss the entirety of next season, as he attempts to recover from a major injury — one which other players have struggled to return from. He’s well aware that he may have to change his game a bit once he returns to the court, and it won’t be easy.

As such, he’s apparently not happy with the Warriors for putting him out there in Game 5, leading to his injury, according to a report from Ric Bucher of Bleacher Report. It states that Durant is “really pissed off at the Warriors” over how his injury was handled.

League exec also says KD is “really pissed off at the Warriors” following his Achilles injury, per @RicBucherhttps://t.co/KaQi0oJMX3 pic.twitter.com/t0jeqNLSVz

This is the time of year where we’re forced to question every report, being that, sure, a legitimate team source may have leaked out that particular piece of information — or, more likely, it came from a rival team, looking to land KD, like the Knicks, for example. We won’t really know if it’s valid until Durant makes his decision. That’s when we’ll find out how accurate this nugget was.